Zendaya’s Parents Net Worth – Zendaya Maree Stoermer Coleman, known professionally just as Zendaya, stars this weekend in Marvel Studios’ Spider-Man: Homecoming. The 20-year-old actress and singer is known primarily for her role on the Disney Channel series Shake It Up, and she also in 2013 released her debut album, Zendaya.

Zendaya credits her parents, who drove her to her first audition for Shake It Up, for a lot of her success and for her ability to stay down to Earth.

So who exactly are Zendaya’s parents? Here’s what you need to know about them. 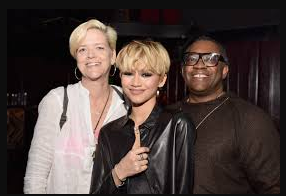 Her Mother is Claire Stoermer, a Teacher:

Zendaya’s mother is Claire Stoermer, and it seems that the two of them have a pretty close relationship. Stoermer frequently goes to events with her daughter, recently attending the premiere of Spider-Man: Homecoming and posting tons of pictures on Instagram. In one, she wrote in the caption, “i’m her #1 fan.”

Zendaya also once visited the White House with her mom in 2011; she said in an interview with Teen Vogue that Michelle Obama gave her and her mom a hug.

“I was obviously nervous but was immediately put at ease when she gave me and my mom a big hug and we all instantly bonded over our height,” Zendaya told Teen Vogue. “‘Oh, we like tall girls here,’ she said, and that’s when I knew: We have the dopest First Lady ever.”

Claire is a teacher, and Zendaya says that watching her mom teach in inner-city schools in Oakland, California was a major inspiration.

“My mom went above and beyond, working constantly to open her students’ eyes to an education that could lift them far beyond their current circumstances,” Zendaya told Teen Vogue. “She would introduce them to the arts, guide them through the language of Shakespeare, and show them the wonders of nature outside city life — all things that they wouldn’t have experienced otherwise. Watching her was magical; it instilled within me a true appreciation of and devotion to the importance of education.”

When Zendaya moved out to Los Angeles upon being cast in Shake It Up, her mother stayed in Oakland to teach. However, Zendaya still saw her mom every other week.

Stoermer has indicated that watching her daughter in Spider-Man: Homecoming is going to be an emotional experience. She wrote on one photo, “i think i’m gonna cry the entire time thru spider-man! #proundmom#waterproofmakeup ?”

A few months ago, Zendaya posted a series of photos on Twitter of herself dyeing her mother’s hair. She also did her mother’s makeup back in February, as seen on an Instagram video.

Zendaya’s mom has several tattoos, and she’s apparently getting them at a quick rate. In June 2016, Stoermer posted that she had five and wanted to get more, which prompted Zendaya to say that her mom only had three when she last saw her.

Her Father Is Kazembe Ajamu Coleman & He is Her Manager:

Kazembe Ajamu Coleman has a background in teaching, just like Zendaya’s mother.

“Both my parents are teachers so I always had to take school very seriously,” Zendaya told US Magazine.

In addition, according to TMZ, Zendaya’s father is her manager.

On Father’s Day, Zendaya posted a vintage picture of her dad and wrote, “Happy Father’s Day to my OG…thank you for your unconditional love, your unwavering strength, your protection, and your wisdom, even when I think I know everything. I’m so thankful to have you as a father. (I wish he woulda kept these suits cause pops was fly and I woulda worn them all).”

In February 2016, following rumors that Zendaya and Odell Beckham Jr. were dating, Zendaya’s dad told TMZ, “He actually was a perfect gentleman, he was polite, he was courteous, he was respectful in every way. I absolutely commend that young man.”

Her Parents Are Divorced:

Zendaya’s parents are no longer together. In August 2016, TMZ reported that Claire Stoermer had filed for divorce against Kazembe Ajamu Coleman. They had been married for eight years by this point.

In response to this news being reported, Zendaya said on Twitter that her parents actually haven’t been together for a long time. She said that this hadn’t been reported before because they’re private people.

While it’s unclear when exactly Zendaya’s parents separated, they were together at least until 2012, when Zendaya posted a “happy anniversary” message for them.

Her Mom Has a Jewelry Line:

Zendaya’s mom Claire Stoermer has a jewelry line called Kizzmet Jewelry, and Zendaya frequently wears this jewelry. Stoermer makes all of the jewelry herself by hand.

Zendaya writes on her website, “My mom makes the sickest jewelry for her line Kizzmet. I rock it all the time! She knows so much about the meaning of stones and customizes each piece…”

On the Instagram page kizzmetjewelry, Claire Stoermer posts photos of this jewelry, sometimes being worn by Zendaya.

This past May, Stoermer expressed excitement that her jewelry was featured in a magazine article; Zendaya is wearing it in a photo printed in InStyle.

In a video posted to Zendaya’s subscription-based app, she shows off her mother’s jewelry and Stoermer talks about how it is made.