Will Smith Parent, Biography, Career, Family and Net Worth

Will Smith Parents – Will Smith was born Willard Carroll Smith Jr. in Philadelphia, Pennsylvania, on September 25, 1968. He is the second child of four from his parents. His mother, Caroline, was a school board administrator, while his father, Willard Carroll Smith Sr., who was a United States Air Force veteran, worked as a refrigerator engineer. 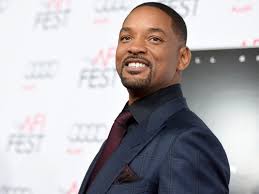 Smith along with his siblings, his elder sister Pamela and younger twin siblings; Harry and Ellen, grew up in the Wynnefield neighborhood of West Philadelphia. Despite being raised Baptist, Smith attended a Catholic elementary school; Our Lady of Lourdes and then Overbrook High School.

He was noted as having a charming personality as well as being a very good student who scored high on his SATs. He, however, did not have any ambition of going to college because he wanted to be a rapper.

“Dad was tough but not tyrannical,” Smith told Essence. “He kept me in line. He’d get this look that said, ‘One more step, Will, and it’ll get ugly.’ He was an independent businessman-he set up refrigeration in supermarkets-and he always provided for us. He’s a steady and positive figure in my life. Mom worked as a school secretary she’s a supervisor now-and her thing was education. My folks sent me to a Catholic school because it was the best school in the neighborhood, but I felt some of the priests and nuns were racist.”

As a teen, Smith attended Overbrook High, a public school in Philadelphia. His teachers there nicknamed him “the Prince” because they found him so charming. His best subject was mathematics, and he earned good enough grades to be accepted at the prestigious Massachusetts Institute of Technology (MIT) engineering program. By that time, though, fate had decreed a different path for the Prince.

At the young age of 12, Smith was able to put together rhymes, emulating his hero Grandmaster Flash. He was, however, able to distinguish himself from the rest with his ability to add comedy to his lyrics. By the time he was 16, Smith had already zeroed his mind on not attending college which led to him joining forces with a DJ named Jeff Townes who he met at a party. The two young ambitious entertainers soon became friends leading to the rise of the 80s hip-hop duo; DJ Jazzy Jeff & The Fresh Prince.

The pair soon started making music which was focused on the preoccupations of teenagers, with songs like “Girls Ain’t Nothing But Trouble,” and “Parents Just Don’t Understand” hugely embraced by the public. It also helped that Smith avoided using curse words in his lyrics, a welcomed alternative at the time to the emerging West Coast gangsta rap. 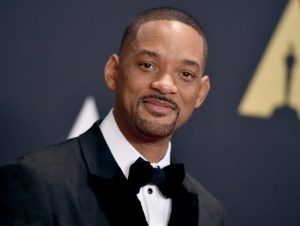 Their debut album, ‘Rock The House’ was released in 1987 to commercial and critical acclaim. It debuted on Billboard Top 200 and earned the duo the first-ever Grammy awarded in the rap category the following year. They won another Grammy in 1991 for their most successful song ever, “Summertime” before Smith moved into acting in a sitcom built around his persona. The show ran for six seasons and was very successful, placing him in a decent position to land future roles on the big screen.

A solo music career, which DJ Jazzy Jeff helped in the production of some of his songs, and small acting roles soon followed for Will Smith before the major roles came forward. The first was the 1993 drama ‘Six Degrees of Separation’ and then the action-packed 1995 film ‘Bad Boys’ with comedian Martin Lawrence. He cemented himself as the go-to guy for blockbusters when he starred in the 1996 Sci-fi, ‘Independence Day’ which turned out to be the second highest-grossing film in history at the time.

In the summer of 1997, Smith dropped ‘Big Willie Style’ which featured the soundtrack to the movie of the same name, ‘Men in Black’ which he starred in, opposite Tommy Lee Jones. Both projects were critically and commercially successful, prompting him to use the same formula in 1999 for ‘Wild Wild West’. The album in question, ‘Willennium’, along with its predecessor, was certified double platinum and nine times platinum, respectively.

Will Smith has gone ahead to feature alongside his children in films, take on the role of producer, and win various awards including an entry into the Guinness Book of World Records for attending three movie premieres within 24-hours.

Will Smith is currently in his second marriage. He was first married to Sheree Zampino in 1992. The couple was blessed with a son; Willard Smith III, popularly known as Trey, that same year before they called it quits three years later in 1995. 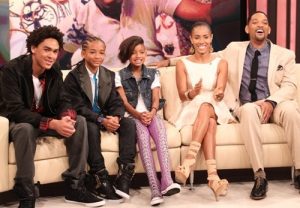 In 1997, Smith exchanged vows again. He married Jada Pinkett and the two have been together till date. The power couple, who have been described as black royalty, have two children together; Jaden Christopher Syre Smith, born in 1998, and Willow Camille Reign Smith, born in 2000.