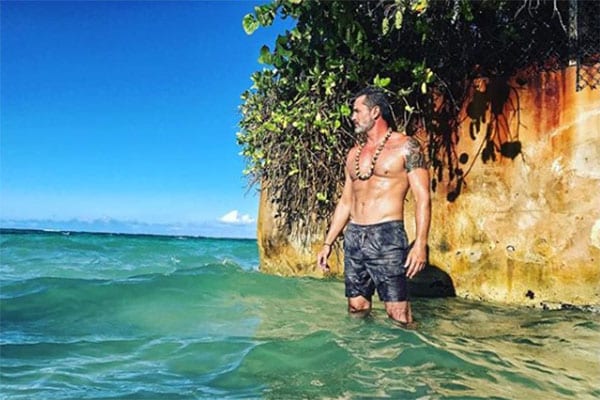 Victor Webster Net Worth – Victor Webster is a famous Canadian actor. He is recognized for being the second actor to play the role of Nicholas Alamain on the NBC daytime soap Days of Our Lives, along with the star cast Galen Gering from 1999 to 2000. 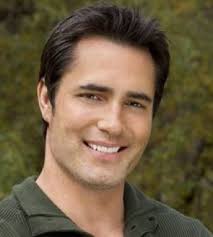 Victor Webster was born on February 7, 1973, in Calgary, Alberta. He is the son of Roswitha Webster, a hairstylist and John Webster, a police officer. He holds Canadian nationality and belongs to white ethnicity. Further, his star sign is Aquarius.

Regarding his education, he began studying martial arts and finally became a teacher, earning an undefeated record as an amateur kickboxer and a heavyweight black belt.

Since his childhood, he already showed his acting talent through various plays and theatre classes. Besides, his academic qualification is yet to be disclosed.

Before we get started on the topic of Webster’s love life, let us say that the star is still unmarried. However, he has been in relationships with several women in his life.

Victor’s first reported girlfriend is a Norwegian model, Monica Hansen. They dated for less than a year before 1999.

Furthermore, after the break-up, he started dating a Canadian actress, Crista Allen in the year 1999. Sadly, his relationship with Crista also didn’t last for a long time. However, the former couple ended their relationship in 2000.

Now, moving on to his present affair, currently, he is in a romantic relationship with American actress, Shantel VanSanten.

The couple starred in the 2017’s movie Love Blossoms as the romantic couple. They started dating since early 2018. Likewise, they were spotted together during their romantic getaway to Mexico on June 2018.

As of now, the pair hasn’t revealed anything about their upcoming marriage plans. Well, who knows we might see Victor and Shantel as wife and husband.

The talented actor, Webster served as a stockbroker and in import/export as well. He appeared inCosmopolitan Magazine‘s All About Men in 1998 with a special issue.

Additionally, Webster started to attempt acting opportunities in the late 1990s. He landed a part on the NBC daytime soap opera, Days of Our Lives in 1999. Also, he portrayed his role in the SF-action series Mutant X 2001, which ran for 3 seasons.

Likewise, in 2002, Victor was listed as one of People Magazine‘s 50 Most Eligible Bachelors in 2002. Moreover, he performed in the final episodes of Charmed, ‘portraying Coop’, a cupid who married Phoebe Halliwell in the final episode of the series. He also featured the lead male vampire, Stefan.

Webster also appeared in the Season 5 episode ‘Parasite‘ of Criminal Minds playing a con artist-turned-serial killer. He also guest-starred in the 2009 murder mystery Harper’s Island. Also, he played a role in Tyler Perry’s film ‘Why Did I Get Married Too’ in 2010.

However, in 2011, he had a recurring role on Castle as Kate Beckett’s boyfriend, Josh Davidson and in the 2013 remake of Embrace of the Vampire. Besides, there are still a lot of his portrayal movies and tv shows to mention.

Victor Webster is a Canadian actor who has a net worth of $3 million dollars.