Valerie Gillies Net Worth – Valerie Gillies was born in 1948, in Alberta, Canada, and is a poet best known for writing numerous literary as well as art reviews, particularly for BBC radio and television. She has also worked with high profile musicians and artists. She is the second Edinburgh Makar – their poet laureate – and has also taught creative writing. 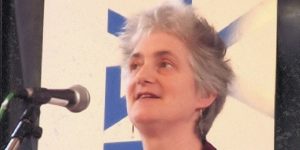 While Valerie was born in Alberta, her family – name unknown – moved to southern Scotland where she would grow up. After matriculating from high school, she enrolled at the University of Edinburgh where he stayed to earn both her undergraduate as well as her graduate degrees.

She also spent time in Mysore, India where she studied traditional Sanskrit dramas. Eventually she returned to Scotland, and began her writing career in the 1970s.

One of her first releases was the poetry collection book entitled “Trio”, published by New Rivers Press in 1971. Four years later she worked on “Poetry Introduction 3” which was published by Faber, and later in the decade released “Each Bright Eye” which can be found at the Scottish Poetry Library.

For her personal life, it is known that Valerie is married to Celtic scholar William Gillies and they have two daughters and a son together. Unlike most artists of modern times, she does not have any online presence on any of the popular social media websites such as Facebook, Twitter, or Instagram.

She does have a personal website which details her work and some information about herself. According to her online biography, she has travelled around the country as a writer, and works with a lot of visual artists for her poetry.

She has held writing fellowships across the country, and edited the first ever Poetry Map of Scotland in association with the Scottish Poetry Library, which identifies the locations of living poets through an interactive website.

Some of her favorite poems include “Surf-speak”, “The Wedding Reel”, and “Maeve in Manhattan”. She also previously posted events through her website, but it hasn’t been updated since 2016. According to her site, most of her work can be seen at the National Museum of Scotland, including excerpts from some of her written work including poems from the collection “The Spring Teller”. According to her, she didn’t initially imagine that the project would become something grand.

During the 1990s her work continued with more projects, such as “The Jordanstone Folio”, with “12 Artists” and “Poeti della Scozia Contemporanea, Supernova, Venezia”. Aside from publishing poetry collections, she also began appearing in various Penguin and Faber anthologies.

In 1992, she was appointed as the Writer in Residence for Midlothian and East Lothian, in line with the two districts promoting a scheme supported by the Scottish Arts Council. Later on, she would have residencies with the University of Edinburgh, Edinburgh College of Art, a psychiatric hospital and several district libraries. 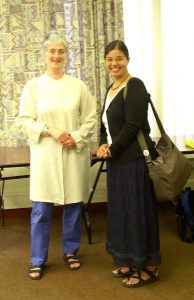 In the mid to late-1990s, she worked on “The Ringing Rock” and “St Kilda Waulking Song, artist’s book with Will Maclean”. She also contributed to the Morning Star publishing “Homage to the Carmina Gadelica”.

In the 2000s, her work increased in quantity, with numerous volumes such as “The Jewel Box”, “ Love for Love and Atoms of Delight”, “The Faber Book of Twentieth Century Scottish Poetry”, and “Scottish Literature in the Twentieth Century”.

She also continued to work on her collections, releasing “Men and Beasts, with photographer Rebecca Marr”, and “The Lightning Tree”. In 2002, she was named as the poet laureate ad vitam of the Trimontium Trust.

In 2005, Valerie became the Edinburgh Makar and would serve in that capacity for the next three years. She also received a Creative Scotland Award to write the book of poems entitled “The Spring Teller”, which is about Scotland’s springs and wells.

During this time, she also contributed to “Tweed Rivers”, and “The New Minstrels of the Scottish Borders”. In 2009, she became a writer and researcher for the Faculty of Arts and Sciences at Harvard University as an associate, and she also taught extensively on creative writing.

Her latest project is entitled “The Cream of the Well: New and Selected Poems” which was released in 2015. Aside from her writing work, she has also done reviews, and has appeared as a guest in various BBC television programs, but according to numerous sources, her most notable works are poetry.

Critically acclaimed poems she’s written include “The Ringing Rock”, “The Lightning Tree”, “Each Bright Eye”, and “Tweed Journey”. She has written work for television programs too, and scripts for radio during her career.

The Net Worth Valerie Gillies

How rich is Valerie Gillies? As of early-2019, sources estimate a net worth that is close to $1 million, earned through a successful career in writing. She has released numerous poetry collections throughout her career, and as she continues her endeavors, it is expected that her wealth will also continue to increase.