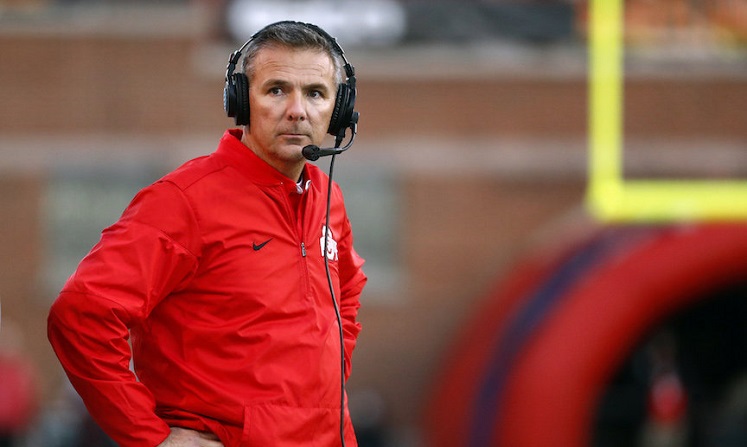 In addition to being a football coach, Meyer also played football as a defensive back for the University of Cincinnati Football Team.

Learn more about his biography, coaching record, family, net worth, and other facts below. 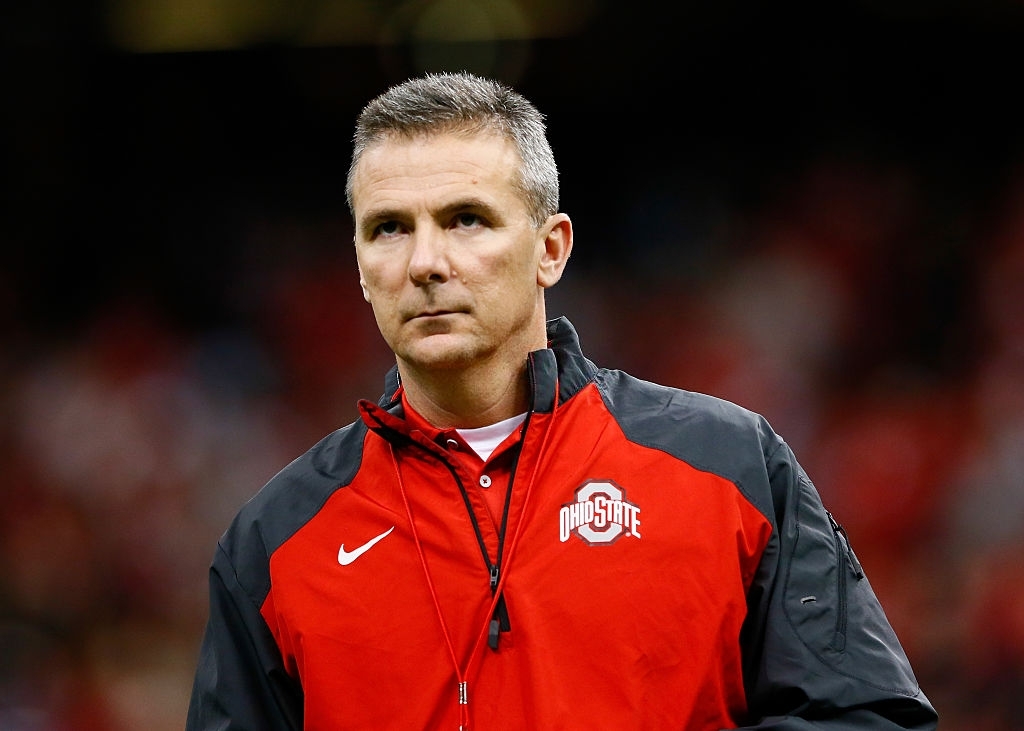 Urban Meyer was born in Toledo, Ohio in the United States on July 10, 1964. He was raised along with his other siblings by their parents Gisela Meyer and her husband Bud Meyer.

He attended a private Catholic high school called Saint John High School located in Ashtabula, Ohio. Meyer was a two-sport athlete; he played both baseball and football for his school team.

Upon graduation, he enrolled at the University of Cincinnati where he played college football as a defensive back as well as baseball.

Meyer graduated with a bachelor’s degree in Psychology in 1986. After his graduation, he went further to obtain a master’s degree in Sports Administration from Ohio State University. 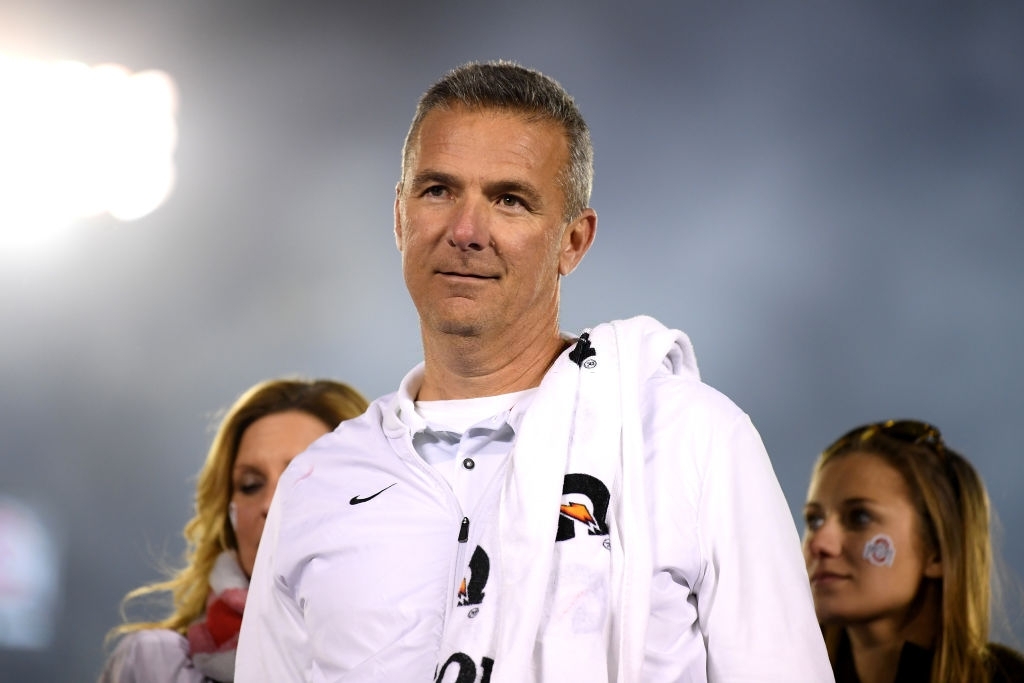 While he is successful in his coaching career, Meyer is also enjoying some bliss in his love life. He is a happily married man and a father of three children.

He got married to his college sweetheart Shelley Mather. Mather was born in Ohio, in the United States on December 25, 1964.

She also attended the University of Cincinnati where she got a nursing degree. While she was in Cincinnati, she met Meyer, and seeing the connection between them, the duo kicked off their relationship.

After five years of a successful relationship, the amazing couple got hitched in a small wedding held in 1986.

They have three children, a son named Nathan, as well as, two daughters named Nicole and Gisela Meyer.

It was an awesome moment for the lovebirds who took to Instagram to share the great news with their fans.

Meanwhile, her older sister Nicki has been married to her college sweetheart and former Georgia Tech wide receiver Corey Dennis since 2014.

The news of Gigi’s engagement came a few months after Nicki announced that she’s expecting her second child with Dennis.

Urban Meyer has been regarded as an icon for his success both on the field and at home. He has been married for over three decades.

He went into coaching in 1985 when he interned as a defensive back coach at Saint Xavier High School in Cincinnati, Ohio.

After that, he went on to land his first collegiate coaching position as a graduate assistant, coaching tight ends at Ohio State.

He worked under Coach Earle Bruce. Later on, he spent thirteen years as an assistant coach for Illinois State football team, five years at Notre Dame, and three years at Colorado State.

Urban Meyer got his breakthrough in 2001 when he became the Bowling Green Falcons football team’s head coach. After spending two seasons at Bowling Green, Meyer took up another coaching job with Utah Utes football in 2003.

He led the team to victory at the Skyline Conference championship as well as Fiesta Bowl in 2005.

Meyer later accepted Florida’s offer, thus, becoming the head coach of the Florida Gators in 2005. He signed up with the Gators with a contract worth $14 million.

While he was in Florida, Meyer led the Gators to Win 5 championships including one Sugar Bowl, two Outback Bowls, and two BCG National Championships.

After the 2010 season, Meyer resigned as the head coach of the Gators.

After that, he briefly worked as a football commentator and analyst for ESPN. By November 2011, Urban Meyers signed up with Ohio State Buckeyes.

He sealed a six-year deal which includes $4 million annual salaries and $2.4 million in retention payments.

Meyer led Ohio State with a 12-0 record in his first year in 2012. The following year, he won the Orange Bowl with the team and the Sugar Bowl in 2014.

In 2015, he won the Fiesta Bowl and got a contract extension till 2020. During the 2016 season, he won the Eastern Conference Championship while he also clinched the Cotton Bowl title in 2017.

In August 2018, Urban Meyer was placed on paid Administrative Leave following reports that he knew about the domestic abuse involving his former assistant coach Zach Smith and his wife.

An investigative panel reviewed the evidence and the Ohio Board of Trustees decided that Meyer should miss the first three games of the 2018 season. 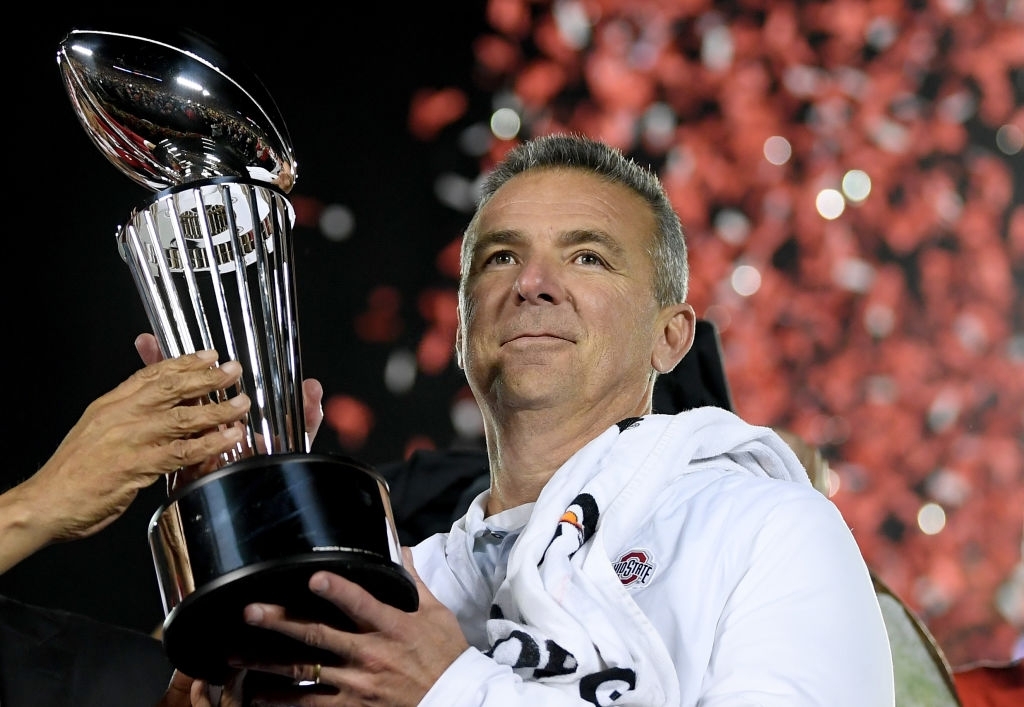 When it comes to the football game, Urban Meyer has been through thick and thin. He has been active for over two decades and has won several awards for his remarkable performances.

He signed a deal worth $24 million with the Florida Gators in 2009 which contributed to his huge net worth.

Meyer is currently one of the highest-paid college football coaches in America. He earns an annual salary of $5.8 million and has a net worth of $20 million.