Troy Landry Net Worth – Troy Landry is a T.V personality. He is known for an American reality to show Swamp People which was the first broadcast on History channel on August 22, 2010. Swamp People follows the daily life of the Louisiana native who lives in the swamp of the Atchafalaya River Basin who hunts American alligators for a living.

He is a daring alligator hunter in the show also called by the title of King of Swamp. 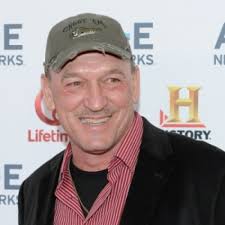 Troy Landry was born on June 9, 1960, in Louisiana, the United States to Duffy Landry and Mrytle Landry. This elderly couple is in the best of spirits even at this age and is enjoying life with their next three generations. Troy Landry’s parents are seen to make an occasional appearance on the show as well.

Troy grew in Louisiana and still resides there.

King of Swamp Troy Landry is a daredevil and brave person as we have seen him on-screen. He is also a nice person and husband in off-screen too. He got married to Bernita Landry on September 26, 1981.

Bernita was born on July 16, 1958. She went to Patterson High School and was a teller at Patterson State Bankfrom 1975-1981. Until her retirement last year, she worked as a paraprofessional educator at Pierre Part Elementary School since 1995.

Together Troy and Bernita have three sons, Jacob Adam Landry, Chase Landry, and Brandan Landry. Jacob is the assistant director as well as an actor of Swamp People. All three of Troy sons are part of the show.

Apart from his wife and sons, Troy has two siblings, Guy Landry, and Bubba Landry.

Troy and some of his co-workers became the attention of History Channels show Swamp People. The show gained huge popularity worldwide in 2014 and has aired in more than 75 episodes in 5 seasons.

In the show, he is followed by his sons Jacob and Chase as well as other hunters from the same region. The hunting season lasts for 30 days, and they must capture or kill the alligators to support their families for the rest of the year. Apart from that, he is featured in an arcade-style mobile app game ‘Choot’Em Angry Swamp.

When Troy is not on the show, the reality star’s favorite pastime is cutting trees. Even his reading inclination encircles around stories associated with the woods and adventure. True to his daring image, this reality star loves eating alligator meat and turtle soap.

This American Reality star who also goes by the title of King of Swamp, has net worth of over $2 million. He earns $25,000 per episode from the show.