Tomi Lahren Net Worth – Conservative political commentator Tomi Lahren has made a name for herself at a very young age. Lahren rose to fame following her coverage of the July 2015 shooting in Chattanooga, Tennessee where a gunman opened fire leaving 5 including a Navy Sailor dead. 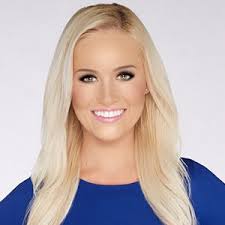 Tomi Lahren was born on August 11, 1992, in Rapid City, South Dakota. She grew up in a strict military family and credits her parents for her early success in life.

“They’ve believed in me and they’ve always been supportive,” she told Rapid City Journal about her parents.

Her interest in politics was fueled from home. Lahren recalls that her family’s dinner time was marked by political talks.

Tomi Lahren attended Central High School in South Dakota where she was the student body president and school board representative.

She then enrolled at the University of Nevada, Las Vegas where she was first an associate producer and later host of the varsity TV’s political roundtable show, The Scramble.

Lahren told RCJ that her time on The Scramble cemented her love for political commentary as she was able to “facilitate an honest and open dialogue.”

She also said that the show allowed her to “gain the experience I would need as host of my own show.” 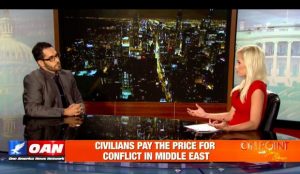 After her college graduation in 2014, Lahren worked as an intern on Republican Congresswoman Kristi Noem’s Rapid City Office. Her experience here, she also revealed, solidified her love for political commentary while giving her reasons why she should never aspire to a political office.

In search of internship jobs in political commentary, Lahren stumbled upon a new San Diego-based One America News Network (OANN). She sent her application and was invited for an interview.

Lahren impressed so much at the interview that she was offered the chance to begin her own TV show rather than start the internship job she had applied for.

She gladly accepted the offer and moved to San Diego in 2014 to launch her show titled “On Point with Tomi Lahren.”

Lahren’s bold and unapologetic commentaries quickly garnered her lovers and of course haters as well. However, ultimately, it brought her the necessary exposure she needed at the burgeoning stage of her career.

In August 2015, Lahren announced on Twitter that she had hosted her last show on OANN.

In November 2015, Lahren began a new show on The Blaze, a new network established by former Fox News Host Glenn Beck. Lahren immediately became the breakout star of the network thanks to the highly controversial “Final Thoughts” segment of the show.

She became an unofficial adviser to the social media team on the Trump Presidential campaign. Lahren campaigned hugely for Trump and is credited for making youths familiar with Trump’s policies.

After Trump won, Lahren appeared on Fox News to speak about her involvement in the presidential campaign. Trump also called her to express his gratitude.

She told Washington Magazine; “He called and said, ‘Thank you for your fair coverage of me.”

Like Trump, Lahren has been labeled a racist and white supremacist, however, she disputes it at every chance she gets.

Another major highlight of her career came when she appeared on The Daily Show with Trevor Noah in November 2016.

Lahren discussed her involvement with Black Lives Matter and why she slammed Colin Kaepernick for protesting racism by kneeling during the national anthem before every game.

Lahren appeared on The View in March 2017 and became her own undoing when she said that she was pro-choice and a supporter of abortion rights. She defended her opinion saying;

This came as a surprise to most of her conservative fans and worse, her employer who is pro-life. The Blaze suspended her show and asked that she goes dark on Facebook where she had over 4 million followers.

Lahren wasn’t having it, she filed a lawsuit against The Blaze for wrongful termination. However, the Blaze fired back saying she has not fired but under suspension with pay. Both parties finally settled their scores in May and parted ways.

Lahren was allowed to keep her Facebook page but removed all videos linked to The Blaze.

Watch her appearance on The View below;

She gave her first magazine interview since her The Blaze ouster in June 2017, explaining how she felt about the whole saga.

Tomi has revealed that she would return to TV as a commentator on Dallas News.

Lahren’s salary with OANN was not made official. It was estimated that she earned a monthly salary of $16,000 during her time with The Blaze.

According to calculations by usanewscourt, Lahren’s net worth stands at $3 million.