Tom Felton Net Worth 2020 – Child actors have always been important to the entertainment industry. As a result, several children all over the world often get a chance to star in a film or two. 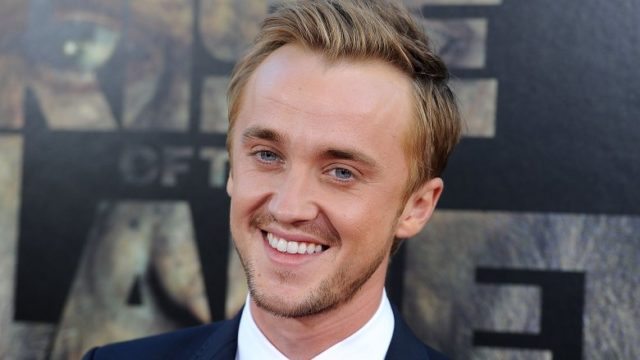 The pressure to deliver an overwhelmingly good performance is not high as it is for most adults; however, the pressure was on for the leads of Harry Potter, J.K Rowling’s mega-franchise.

Tom Felton is an English actor and singer who has a net worth of $20 million.

Thomas Andrew Felton was born on the 22nd of September 1987 to Sharon and Peter Felton. Since he was seven years old, Tom Felton has been performing in front of an audience as a singer.

He sang for four choirs and later joined a mega-choir, all before he was 10 years old. For his education, he attended West Horsley’s Cranmore School and Howard of Effingham School, crossing over to the latter at the age of thirteen.

His acting career started with him appearing in adverts for brands like Barclaycard, a British bank. His first job as an actor onscreen came in 1997 with him playing the role of Peagreen Clock in The Borrowers.

He then appeared in Anna and the King in 1999 as his second feature-length film, having appeared in a television film, Second Sight in the same year.

His talents as a child actor were apparent to members of the British film industry and it led him to what has been the biggest role in his career thus far, as Draco Malfoy in 2001.

From 2001 to 2010, Tom Felton appeared only in films in the Harry Potter franchise, with the exceptions being a couple of appearances in a television show, Home Farm Twins as Adam Baker and his role as Simon Pryor in The Disappeared in 2008.

It was a career-defining decade for the actor. After the Harry Potter franchise ended in 2011, Tom Felton was left with global fame and the task of building a career independent of his Harry Potter appearances, a difficult task for any actor who has ever starred in a long-running popular project.

Tom Felton has been able to do a decent job of it, appearing in over 17 films and television shows since, which includes major projects like Rise of the Planet of the Apes, Message from the King, Risen, and A United Kingdom.

In television, he has also played Julian Albert a.k.a Doctor Alchemy in the superhero show, The Flash. He then starred in the main role as Logan Maine for a 2018 television show, Origin. As a singer, he has released three singles and four extended plays.

Tom Felton’s popularity, charm and wealth have made him an attractive partner, both in the Potter fandom and among his acting peers. Over the years, he has been in a relationship with Jade Olivia Gordon, Phoebe Tonkin, and Melissa Tamschick. However, he is currently believed to be single at the moment.

Another former child actor who is bound to everlasting fame is Emma Watson. Both starred opposite each other on the side of good and evil in the Harry Potter series with Emma playing the brilliant Hermione.

However, while Hermione strongly disliked Draco Malfoy, Emma Watson had a big crush on Tom Felton in real life. Despite her feelings for him, nothing of a romantic sense has yet to happen between both parties despite both of them remaining friends ever since the series ended. We, do, however, keep hoping.