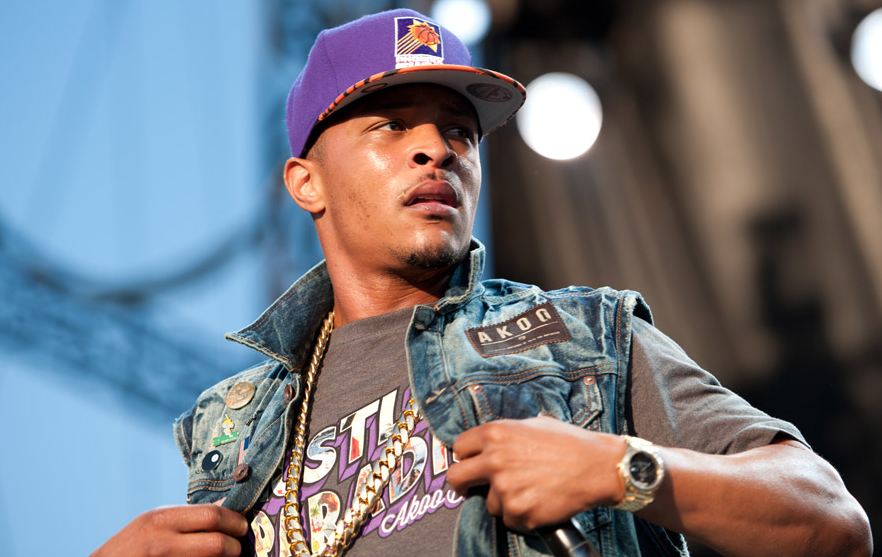 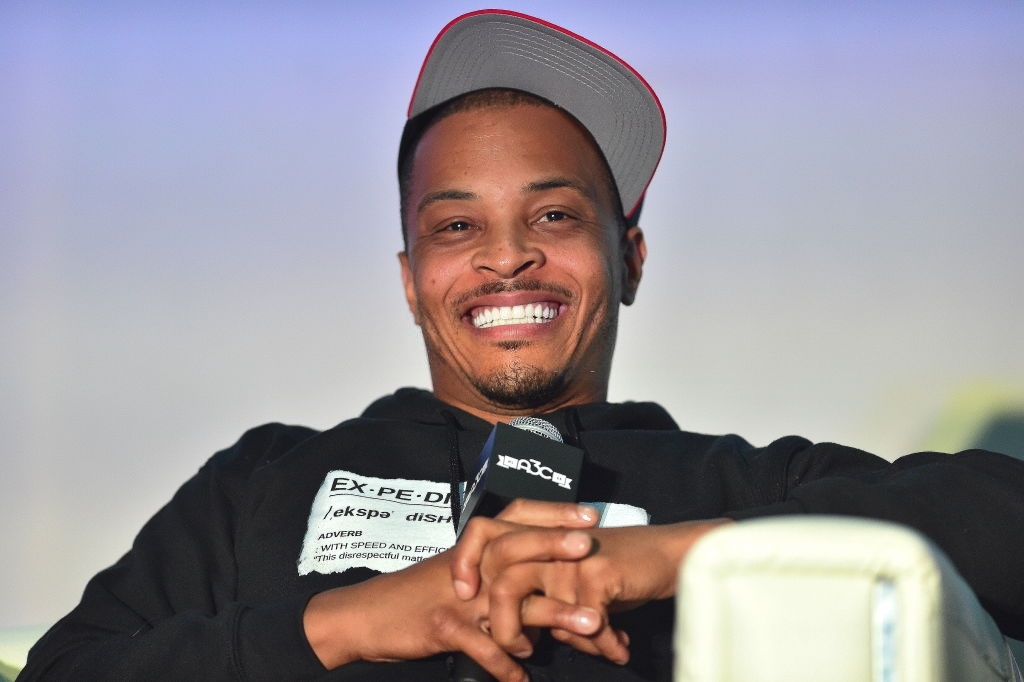 As earlier mentioned, T.I. was born Christopher Joseph Harris, Jnr. to Violeta Morgan and Clifford “Buddy” Harris Sr. on September 25, 1980, in Atlanta Georgia. He began rapping at the age of 8 with the moniker Tip.

He dropped out of Douglas High School to focus on his music career. Launching a music career didn’t come easy for T.I, immediately after dropping out of school, young T.I began selling drugs, and soon he got arrested for it.

In his early drug dealing days, he earned the name “Rubber Band Man” which originated from his habit of wearing rubber bands around his waist which reflected the amount of money he made from selling drugs.

The nickname was later adapted in one of his songs.

In 1996, he got to know a local rapper who was known as Big Kuntry King. Together, they started selling mixtapes out of a car trunk.

It was during this time that T.I. was discovered by Kawan ‘KP’ Prather, a record executive.

Kawan offered him a chance to sign under his label Ghet- O-Vision Entertainment. This marked the beginning of his successful career in music. 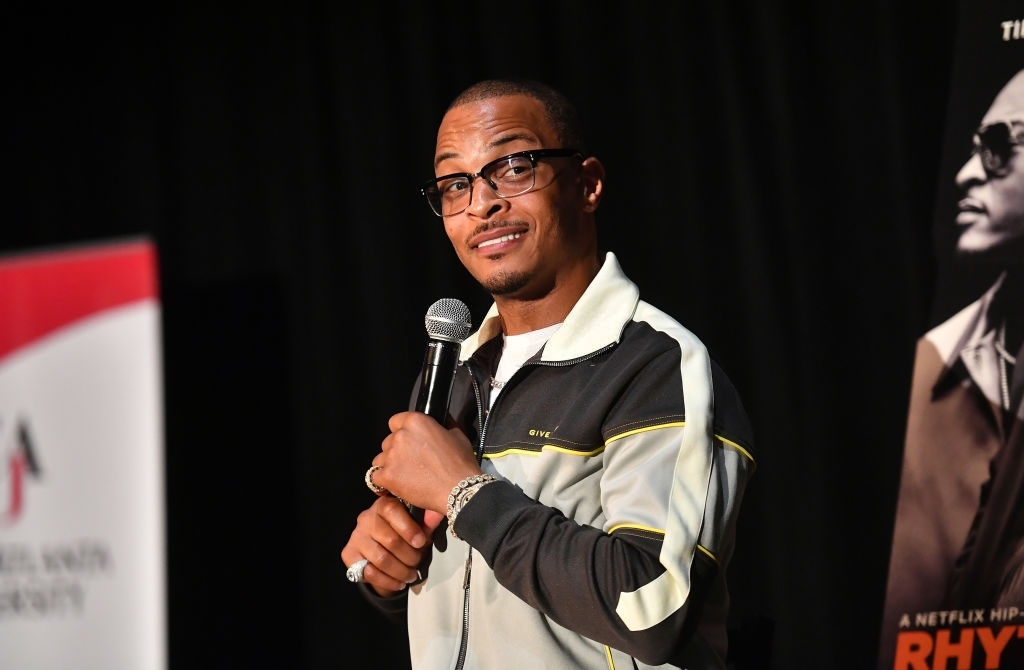 Christopher Joseph Harris, Jnr. has never been lucky with women, having married more than one wife consecutively.

Atlanta rapper Harris first got married to Lashon Dixon in 1995. Their relationship, however, was brought to an end in July 2001, when they separated. Lashon is the mother of T.I’s oldest sons.

Their first child Messiah Ya’ Majesty Harris was born on February 2, 2000, while Domani Uriah Harris, their second son, was born on March 19, 2001.

The hip-hop rapper’s second relationship was with Ranniqua, an R&B singer and rapper also known as Ms. Niko.

Ranniqua and T.I met in 1999 while the latter was still in a relationship with the mother of his two oldest sons.

Ms. Niko and the rapper separated just after two years (in 2001) after the former found out that he was in a relationship with Lashon. Their union produced a daughter Deyjah Imani Harris (born June 22, 2001).

Best known as T.I’s side chick, Jasmin Jaye and the rapper reported met in 2013 when Jaye made Tameka “Tiny” Cottle (T.I’s wife) hair when she [Tiny] and her husband [T.I] were promoting their show: T.I & Tiny: Family Hustle.

Tiny and the rapper finally got engaged on April 25, 2007. Three years after their engagement, the duo went on to seal their love in a low-key ceremony in a Miami courthouse.

Ever since T.I and Tiny got married on July 30, 2010, the latter, an American singer-songwriter and former Xscape member from Georgia, has remained on the rapper’s side.

Tiny’s other daughter, Zonnique Jailee Pullins, came from her previous relationship with Zonnie Zebo Pullins in 1996. 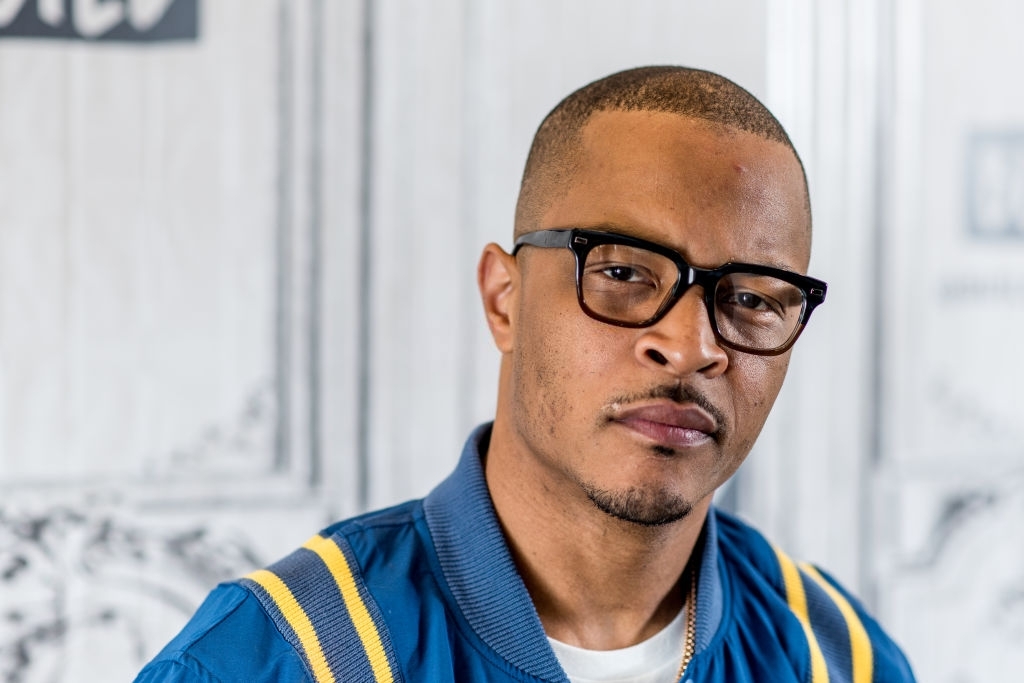 Harris found fame as a rapper after he was featured on respected rapper Bone Crusher (a fellow-Atlanta-based musician)’s hit single “Never Scared” in 2003.

Some of his singles which have made it to the top of the chart include: “Bring Em Out”, “Whatever You Like”, “Live Your Life” (featuring Rihanna), “Dead and Gone” (featuring Justin Timberlake), “Ball” (featuring Lil Wayne) and “No Mediocre” (featuring Iggy Azalea)

To credit, he has released over eight studio albums, with seven of them finding their way as top five of the US Billboard 200 chart and most sought-after in the commercial markets.

In 2008, Harris’ career got a boost after his sixth album, Paper Trail turned out well to the point of being certified gold after over 500,000 copies were sold in the first week of its release in the United States.

Stuffed to the brim with several talents, T.I has appeared in a good number of movies, including ATL, Identity Thief, and Takers, and has authored two novels – Difficulty and Success (published in 2012) and Energy and Beauty (published in 2011).

These books all reached reasonable successes and drew huge commendations. 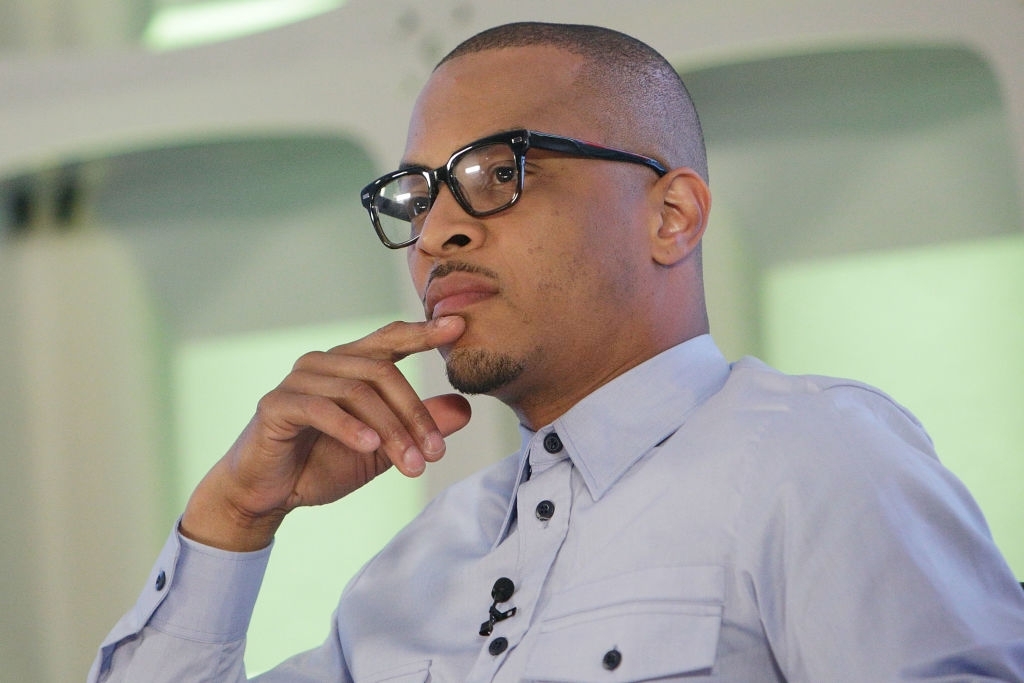 Truth is, T.I have done marvelously well in the entertainment industry, especially in the hip-hop subgenre trap music.

There’s no sign he would be backing off from continually popularizing hip-hop anytime soon.

He has earned so much from music and has also amassed an impressive fortune for himself. T.I.’s net worth stands at $50 million, as of May 2017.

T.I. has invested in various businesses. He owns a nightclub known as “Club Crucial” in Bankhead, Atlanta which is considered as one of the most popular nightclubs in Atlanta. Also in Atlanta, TI owns a strip club called V Line.

T.I has got a good taste when it comes to fashion which is why his clothing line AKOO saw huge success shortly after it launched.

He has been involved in endorsements for various companies, including Axe Body Spray, Chevrolet, and XXL magazine, among others.

T.I makes money via his Grand Hustle Records of which he is the CEO. Under the label, he has produced music for many artists including Iggy Azalea. T.I was the executive producer of a TV reality show, “Life on Mars”.

He owns a plush home in Florida as well as other multi-million dollar houses around the US.

T.I has also been very instrumental in times of calamities, for instance, he was among the celebrities who donated to the victims of Hurricane Katrina.

He extends his help to the Paulding Detention Center in Atlanta for troubled youths. He also provides scholarships for single-parent families at the Boys and Girls Clubs.

T.I and his wife launched a charity for people with Alzheimer’s disease, “For the Love of our Fathers” after their fathers suffered from the degenerative disease.