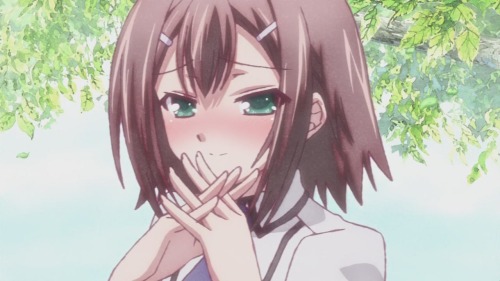 Anime is unique in its way of representing society. It tries to implement every type of social stereotype in a different and new way.

Though “Trap” is a kind of rude term to describe those people who do not fit the gender stereotypes, I am using it here since the word is well-known among regular anime viewers and manga readers.

I hope I am not offending anyone. Well, without further adieu let’s jump into the list of top anime traps ever. Some of them are cute. 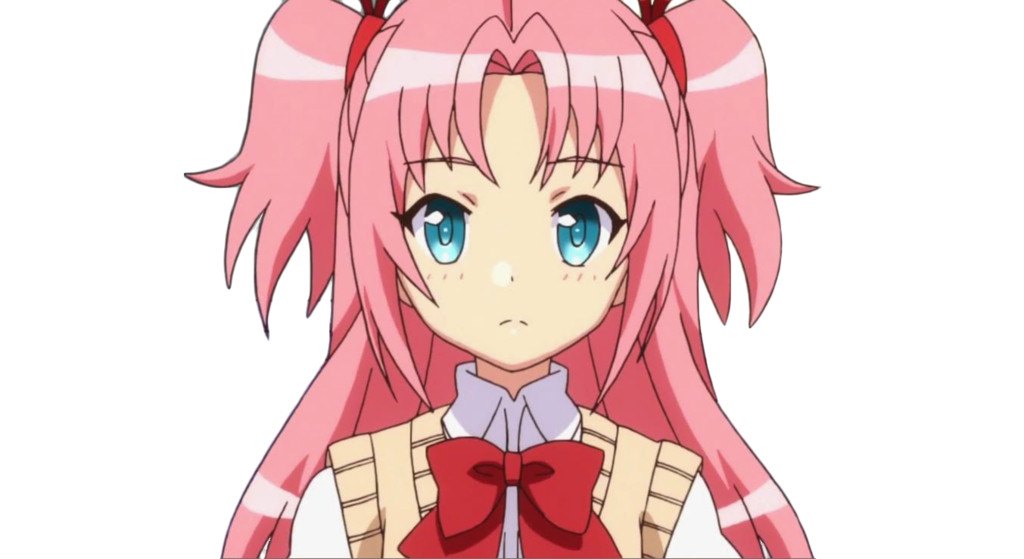 How would you feel if you were being forced to cross-dress whenever you go to school? I guess you can pretty much get the answer from Himegoto’s Hime Arikawa.

His parents had taken huge amounts of debts in his name. Now, he has no way to pay them off but what should he do? Thankfully, the student council has agreed to pay his debt but there’s a catch. He has to attend school as a girl.

Though most of the time Hime resents being the position that he is in, he does question his masculinity at times. 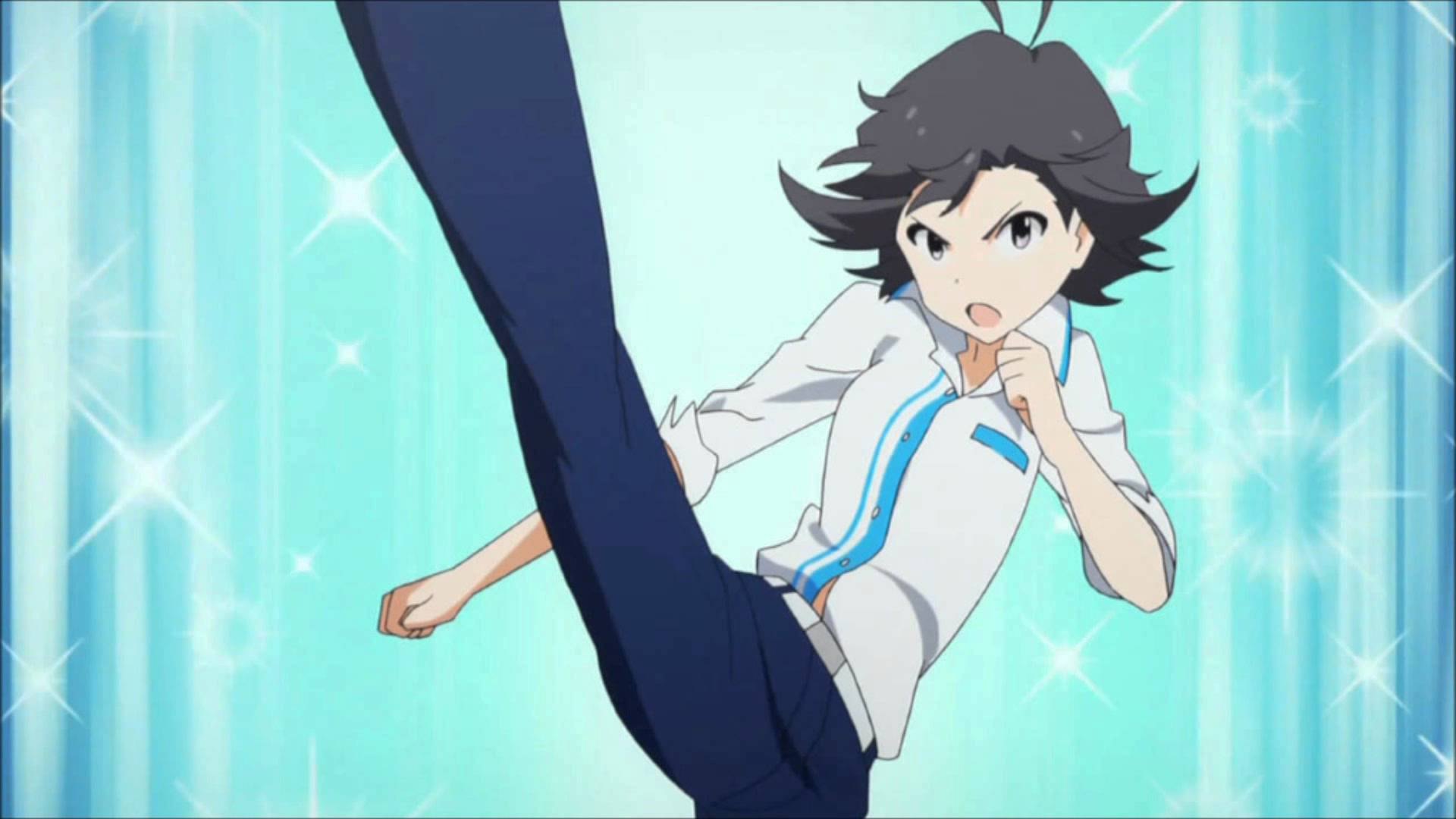 Let’s move onto the next character, Kikuchi Makoto. She is one of the main characters in ‘The iDOLM@ASTER’. Kikuchi is a famous pop star.

Though she is a girl she uses her boyish looks to attract a lot of girl fans. Though she is not entirely a trans or a cross-dresser she does use her opposite gender characteristics to achieve her goals.

But deep down she is still feminine. 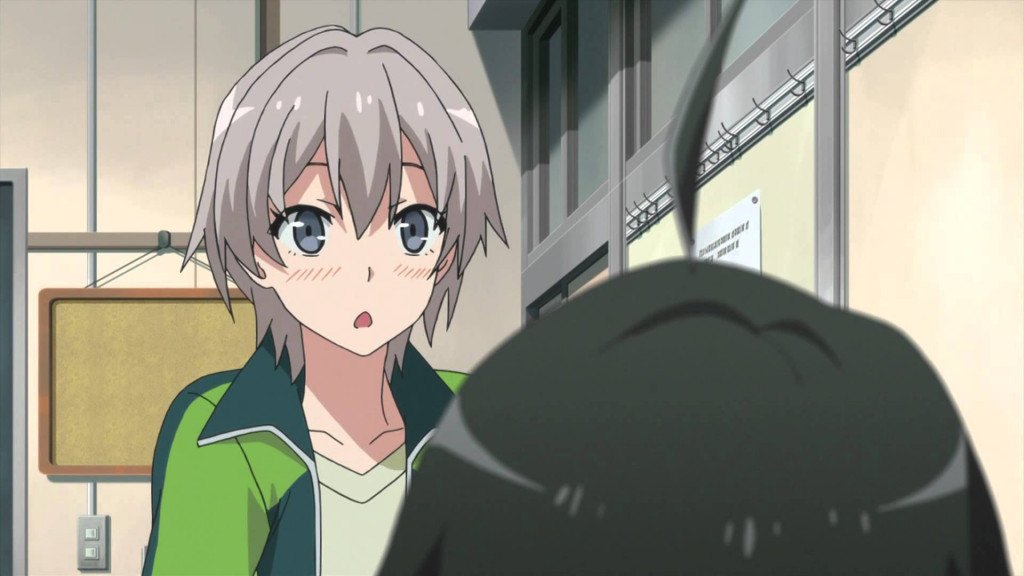 Now, this character is on this list because of the meaning of Trap which I explained in the intro.

Saika Totsuka is a boy. He tries to act as manly as possible but his soft nature and female-like appearance confuse Hachiman, the main character of ‘Oregairu’, who often thinks of Saika as a girl.

This mistake has often occurred in the series, to the extent that I couldn’t ignore it. Saika actually ‘Traps’ people into believing that he is a girl. 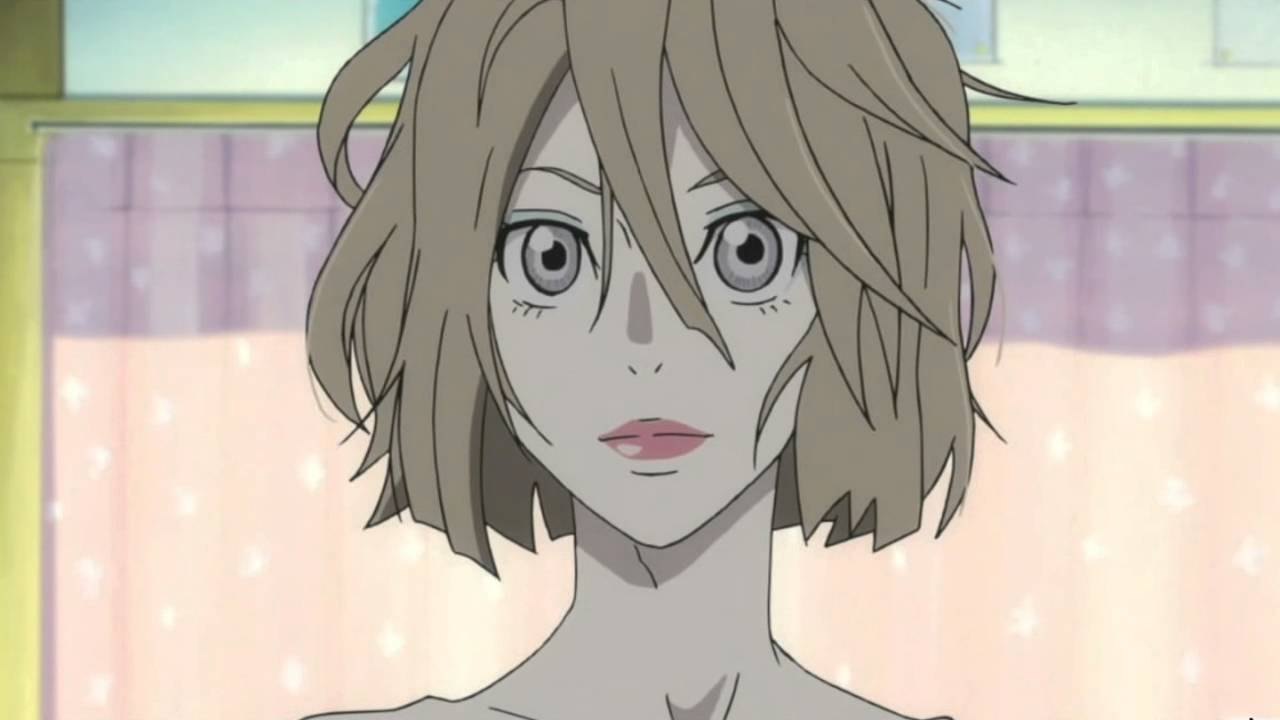 Kuranosuke Koibuchi is a cross-dressing character from the anime series ‘Princess Jellyfish’. Although he belongs to a rich family with a political background, he doesn’t like politics.

He is much more interested in fashion. Kuranosuke dresses as a girl and believes that every woman can be beautiful. His alias is Kurako and he cross-dresses to hide his gender. 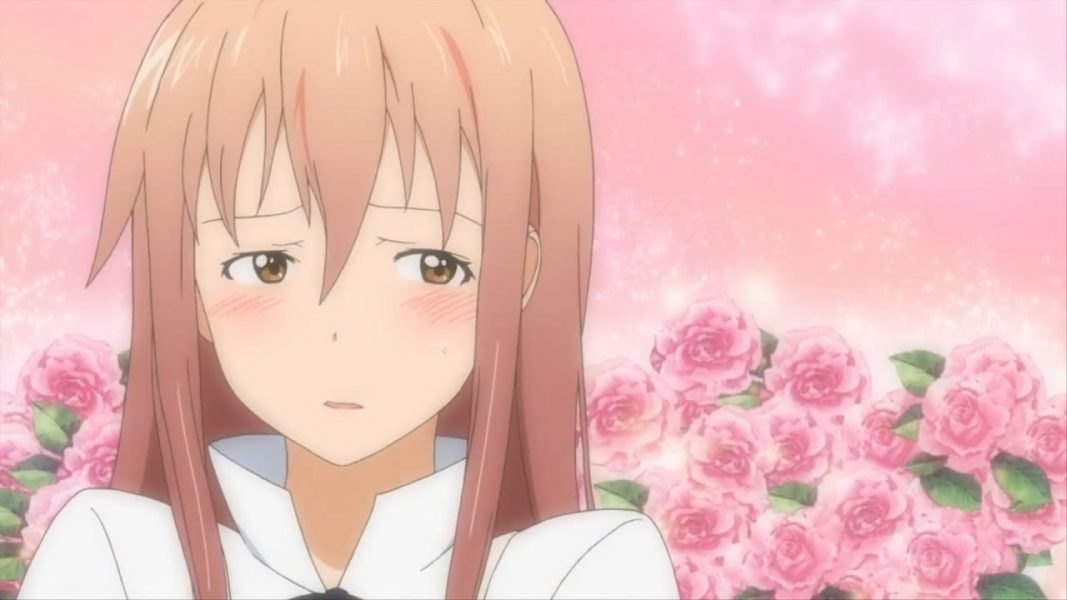 Souta Takanashi serves as one of the main characters of the anime series ‘Working!!!’. He works as a part-time waiter in a restaurant called Wagnaria.

He is also a cross-dresser who dresses in waitress’ clothes. Souta loves everything cute and small but gets deeply disgusted with people above 12 years old, calling them ugly and hags.

The name of his female alias is Kotori. 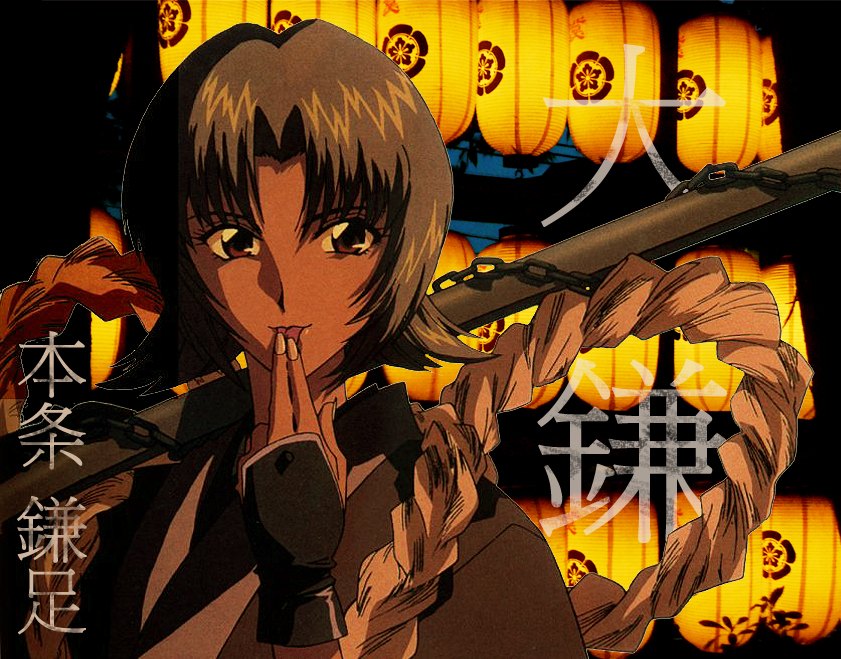 ‘Rurouni Kenshin’ is a story about a samurai who after one fateful event has taken a vow not to kill anyone.

To keep his word he carries a sword with him which has been sharpened in the wrong side making it difficult to land a killing blow. But this entry is not about him.

It is about Honjō Kamatari, a cross-dressing man who loves his womanly side. He dresses as a woman and can be seen flirting with others. But he gets really serious when he is about to fight. 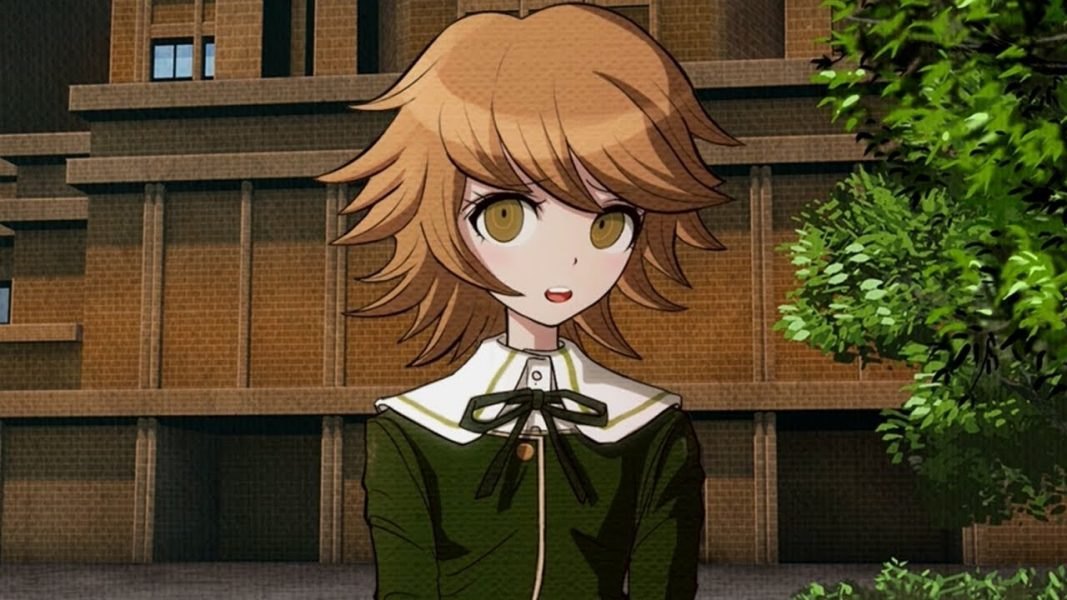 The appearance of Chihiro Fujisaki can fool anyone. When he is cross-dressing it’s hard to tell that he is a boy. Though we didn’t have many harsh reasons for male cross-dressing earlier in this list, Chihiro is different.

He was a victim of constant bullying and was always told that he was too weak for a boy. This forced him to cross-dress as he thought it would stop people from judging his masculinity.

He is one of those Traps in this list who are dead. 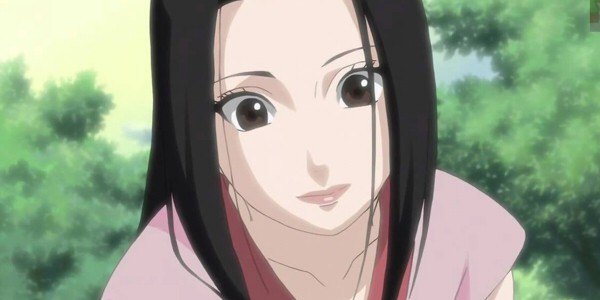 Haku is one of those characters in the ‘Naruto’ series, who, even though, were there for few episodes, left their mark on the viewers.

He possesses the Ice Release Kekkei Genkai which he inherited from his mother. Upon being found out, Haku’s father gathered a mob and killed his mother.

Haku’s ability managed to save him by killing everyone. Haku had a feminine appearance and was complimented by Naruto who said that he looked prettier than Sakura.

After a fierce battle with Team 7, Haku was mortally wounded. Following which he died. 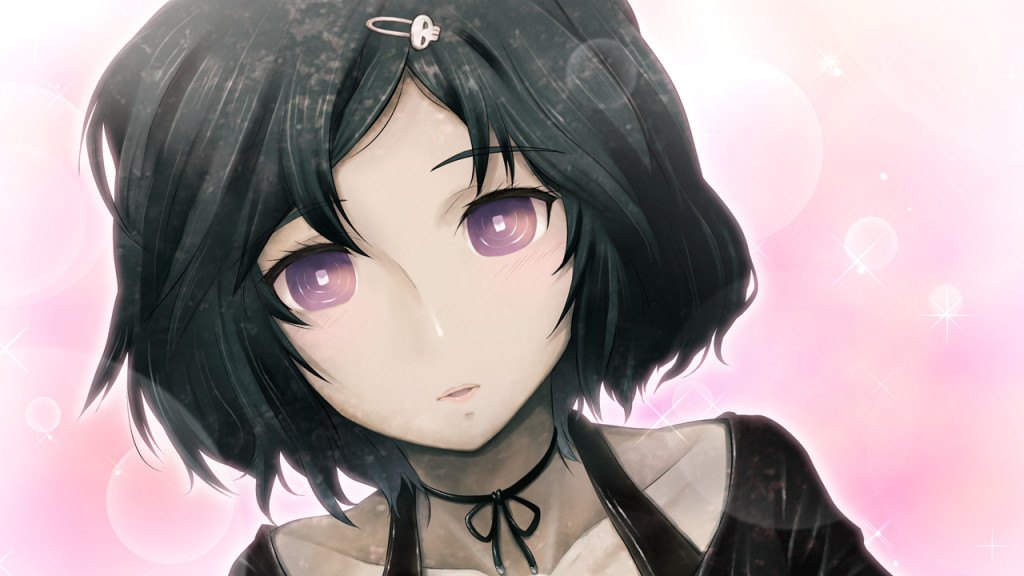 I have mentioned this thing before, in some of my previous compilations that I was sure that Ruka was a girl for a long time. I even thought that there was some mistake in the subtitles.

But nope, Ruka is a boy whose slender and fragile appearance makes him look more like a girl. Ruka himself likes his feminine appearance and wears clothing suitable for a female.

He has a crush on Rintaro. There was this emotional episode where Rintaro needed to go back in time to save Mayuri, but that would mean that Ruka would become male again.

She agrees on one condition, that she gets to go on a date with him. The date didn’t turn out well, but later they did end up embracing as Ruka told Rintaro that she will love him even if she is no longer a female. 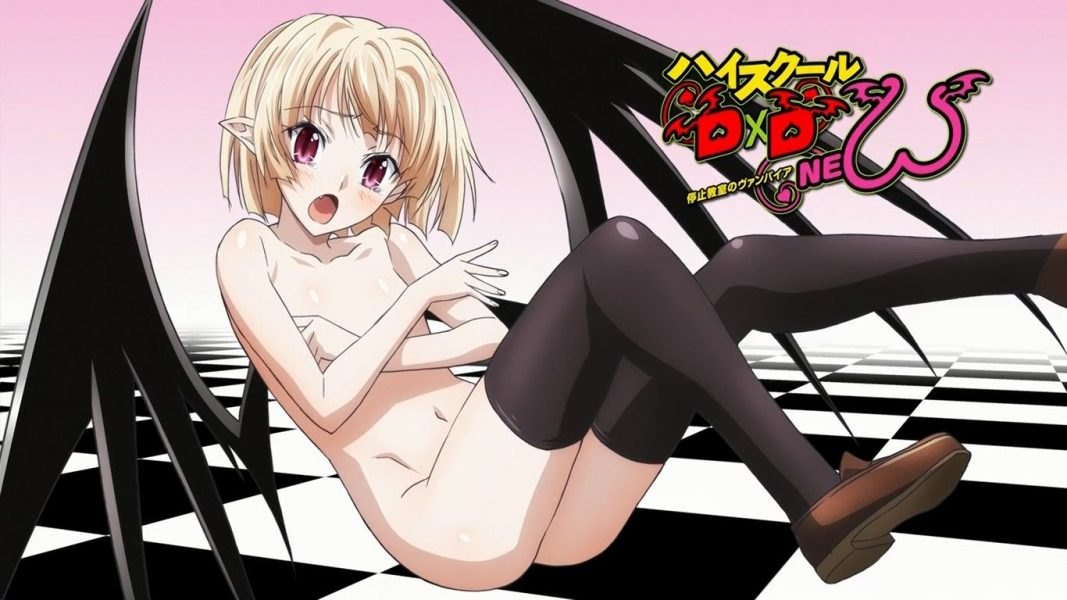 Gasper Vladi is one of the main characters in the fantasy/harem anime series ‘High School DxD’. He is usually seen in a feminine outfit, even when he is in the academy.

He is one of the girls in Issei Hyodo’s harem. Gasper is a Dhampir, half-human, and half-vampire.

Rias had locked him since his powers were uncontrollable. We see him evolve into one of the staple characters in the series becoming quite useful at times. 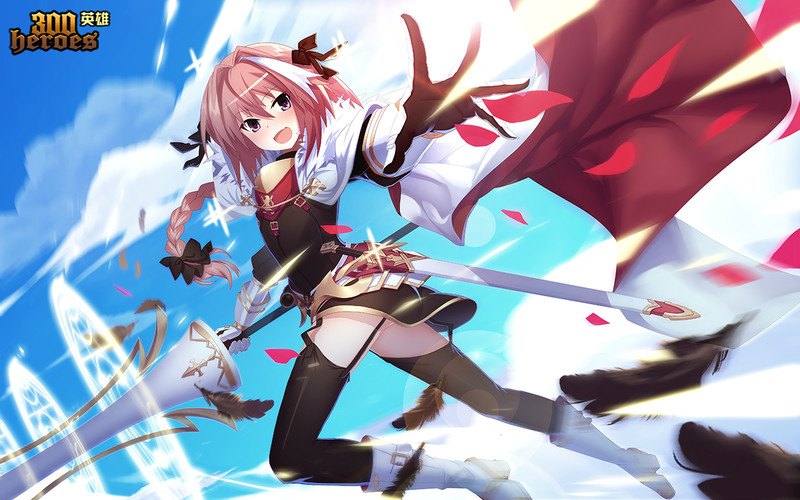 Astolfo is one of the most beautiful of Traps in anime. He has beautiful hair and is very feminine looking. He loves to cross-dress because he thinks that female clothing is cute and he likes all cute things.

Turns out we like him too since he looks really cute in all those cute female clothing. That’s a hell lot of cuteness. 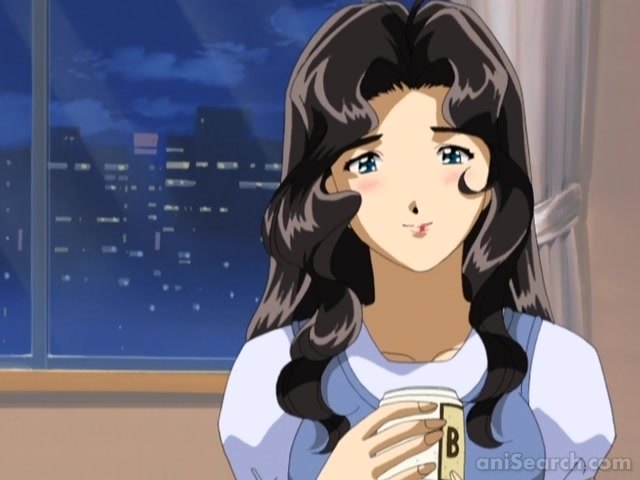 The next entry on this list is the transgender cop Aoi Futaba from the anime series ‘You’re Under Arrest’.

Though Aoi starts as a male working in the police department, he cross-dresses as a part of an operation to catch a serial rapist.

After successful completion of the mission, he realizes that he does not fit the gender stereotype as he feels his spirit is that of a female.

From then on, he started dressing as a female and became a trans. 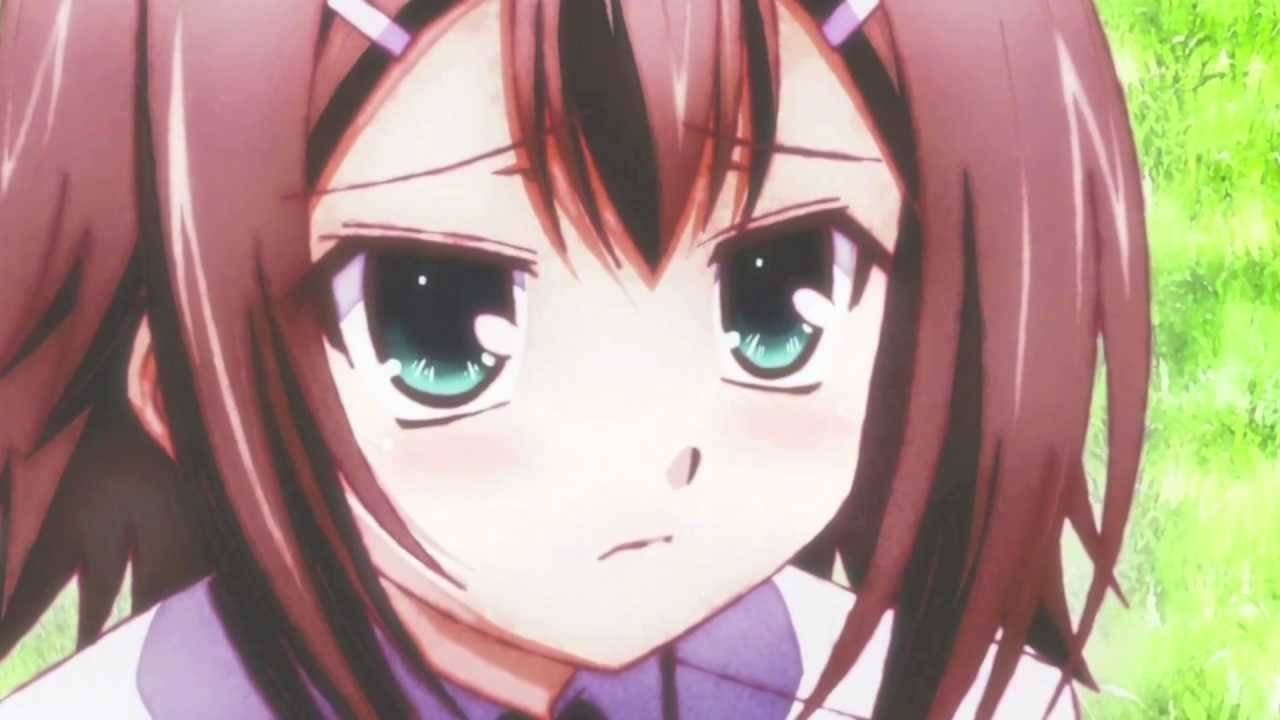 ‘Baka to Test to Shoukanjuu’ is a comedy, romance anime. The series revolves around an academy that segregates its students based on their grades.

The students with higher grades get to sit in a well-furnished class while those at the opposite end i.e. class F have a really poor arrangement.

The protagonist of the anime is Akishisa Yoshii who seeks to prove the worth of his class.

Hideyoshi Kinoshita is one of the main characters of the anime. He is a cute boy who looks like a cute girl if he cross-dresses. People often forget that he is a boy and thus lots of confusion happen around him.

Hideyoshi’s bathroom photos are in high demand and sell at a much higher rate than that of Akihisa in a woman’s clothing (yes, we all know anime is weird).

Though he wants others to treat him like a man he often seems to like this side of his.

6. Felix Argyle, Re: Zero – Starting Life in Another World 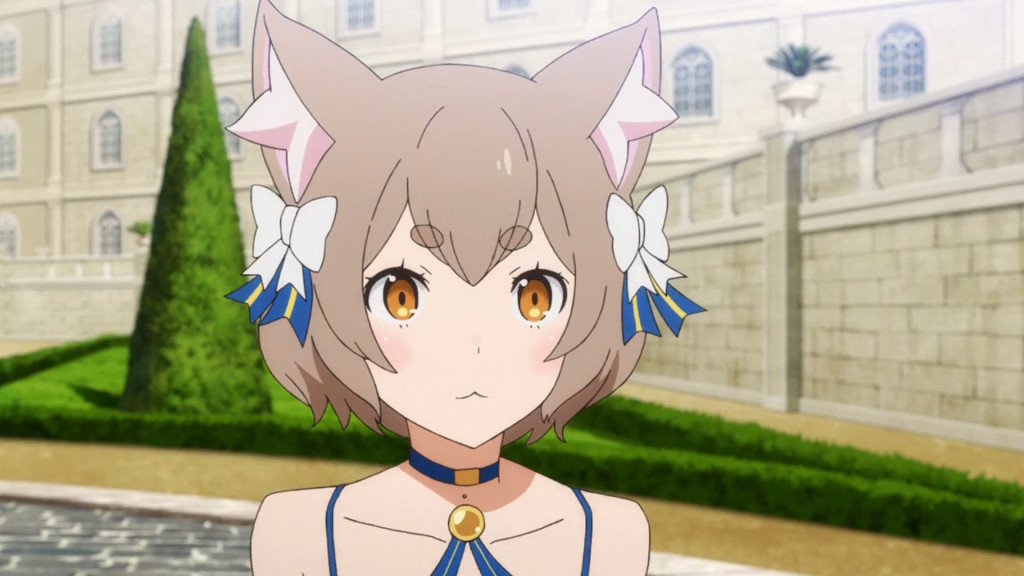 Felix Argyle is a supporting character from the drama, fantasy, thriller anime ‘Re: Zero – Starting Life in Another World’.

But that very day they are murdered and Subaru wakes up again to find that he is trapped in some sort of a repetitive loop where if he dies he has to start the day again always returning to the same point.

As his name suggests, Felix is a human-cat hybrid. He looks feminine and combined with his costume it is hard to believe that he is a boy.

But Felix often clarifies his stand saying that there is a man inside his mind or soul. He is mostly seen using the third person to refer to himself.

Felix is a trap and, believe me, it is hard to tell whether or not he is a boy. But trust me he is. Felix hates weak people and we see him hate Subaru at first. 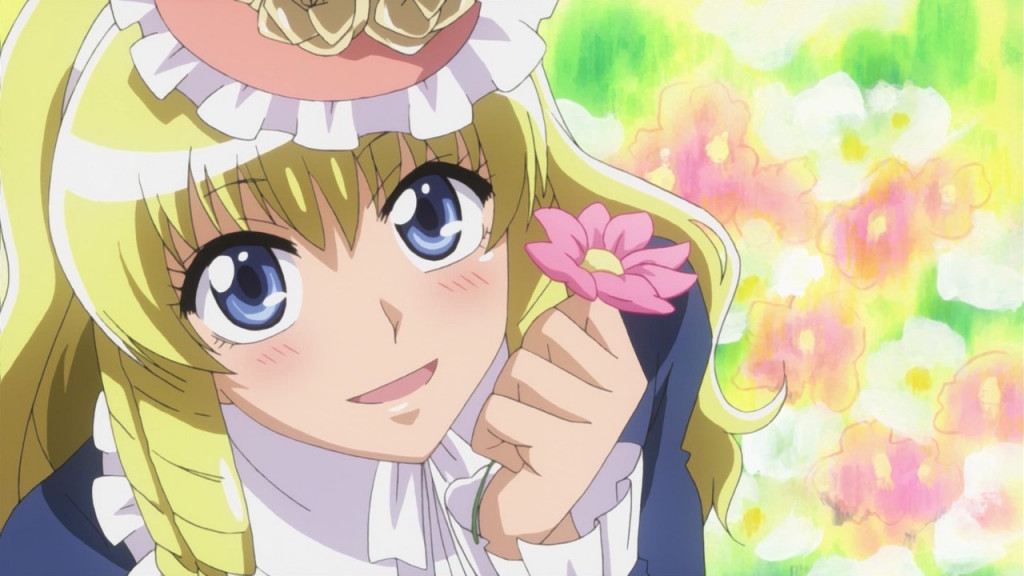 If you have not seen it yet and are a fan of the rom-com genre then you might want to check it out. Aoi Hyoudou is a supporting character in the series.

He is the nephew of Satsuki who is the manager at the cafe that Misaki, the protagonist works in. Aoi Hyoudou has very feminine facial features. He has large eyes with long eyelashes.

When he is in his Aoi-chan (the popular net idol) look he wears a curly blonde wig and an old dress of his aunt’s changing his appearance to that of a girl.

Aoi is short-tempered and is not good with feelings. He enjoys the attention he gets as a female and likes to toy with the feelings of other men. 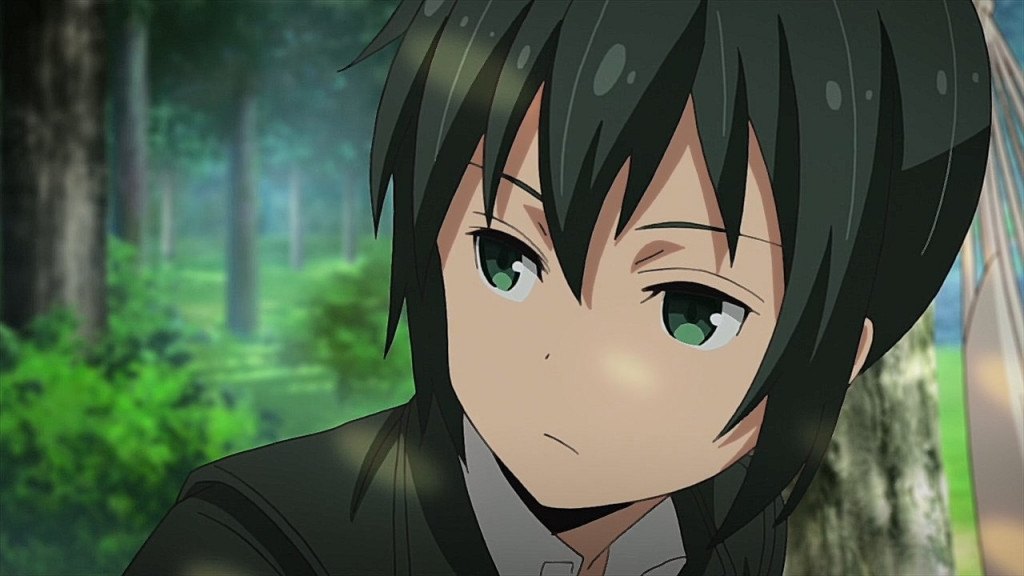 ‘Kino no Tabi: The Beautiful World’ is probably one of the best anime that I have seen which I discovered while researching for a list.

It is a beautiful anime about a girl by the name of Kino who is in her teenage years. She is a markswoman and is traveling on her talking motorcycle which has the name of Hermes.

Kino has such androgynous features that one will often get confused about her gender. To me, she looks like a boy with her short, spiky hair and cool attitude.

She is good at using guns and carries two large-caliber pistols. She has other weapons too. Kino keeps on traveling and never stays at the same place for more than three days.

Go watch this anime. You will enjoy it mostly because of kino’s character. 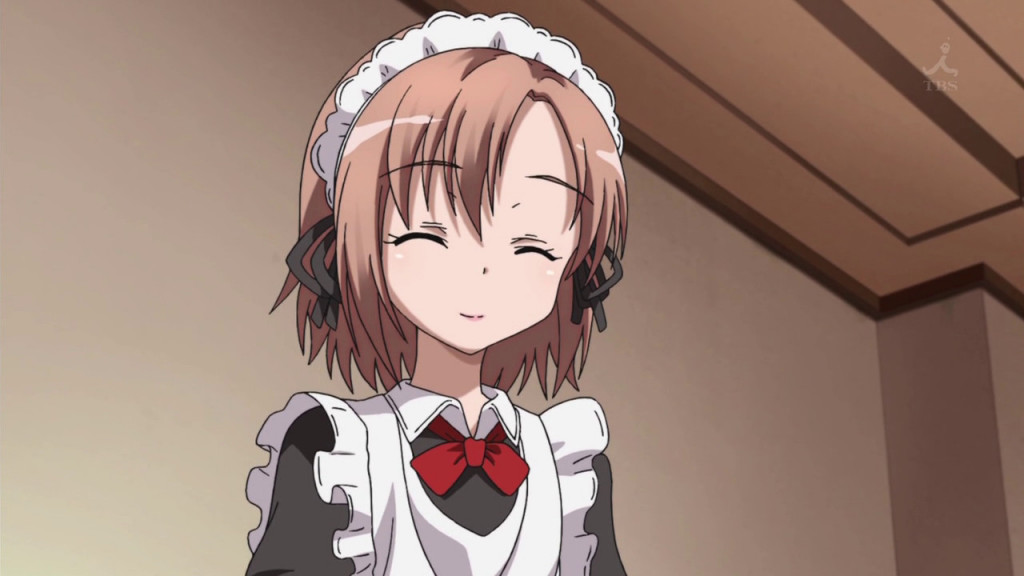 I don’t know how to react at the situation that we see ‘Yukimura Kusunoki’, a supporting character from the anime series ‘Boku wa Tomodachi ga Sukunai Next’.

Yukimura claims to be a boy and makes everyone believe that she is a boy.

She is inspired by Kodaka taking him to be very manly for being able to do what he wants. Yukimura wants to be like him so that there can be more manliness in her.

Yes, she believes that even though Kodaka tells him the real truth. Later, she does find out the truth and is shocked. 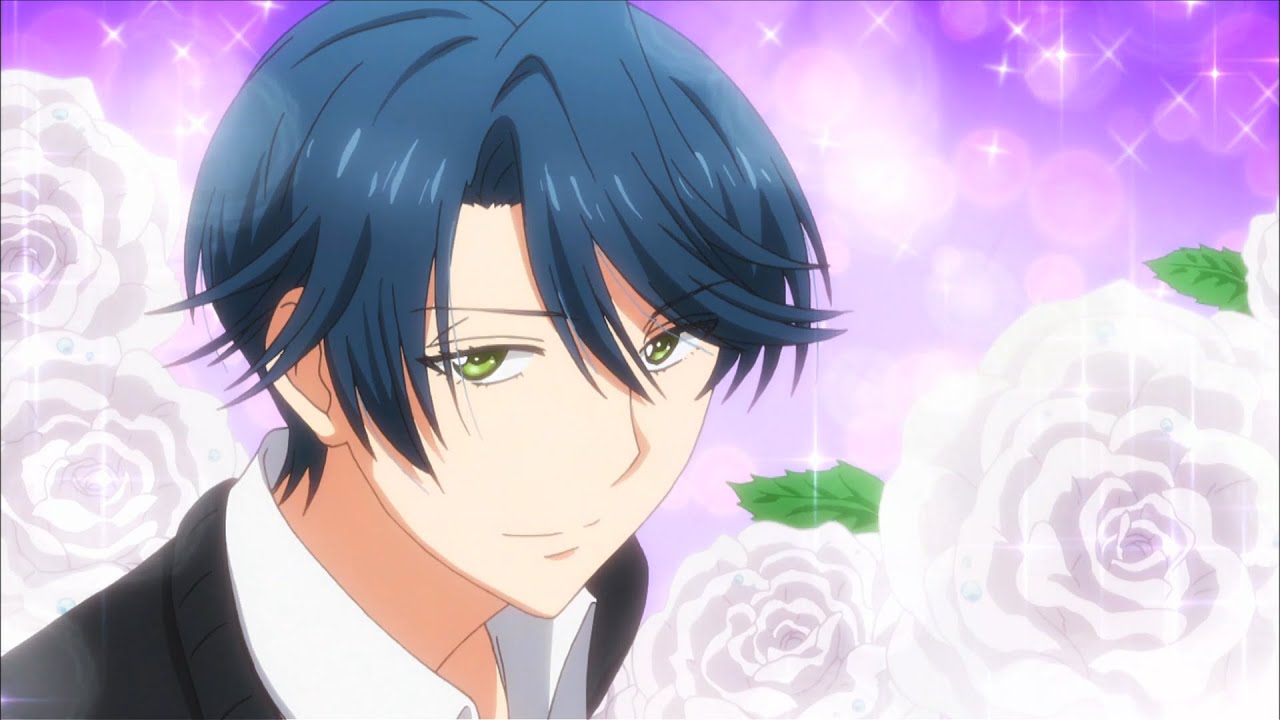 If you look at Kashima Yuu for the first time then you will think of her as a cross-dressing boy but nope she is a female, alright.

But her boyishly handsome looks make her look like a prince which makes other girls fall head over heels for her. Her androgynous appearance gets her a spot on this list.

She likes Hori, one of the main characters in the anime series who is good at acting but left due to his short height, a lot, and always seeks his attention.

She wants to help him in any way she can but ends up doing the wrong thing and causing him trouble. Hori tries to keep her in check trying to prevent her from slacking off. 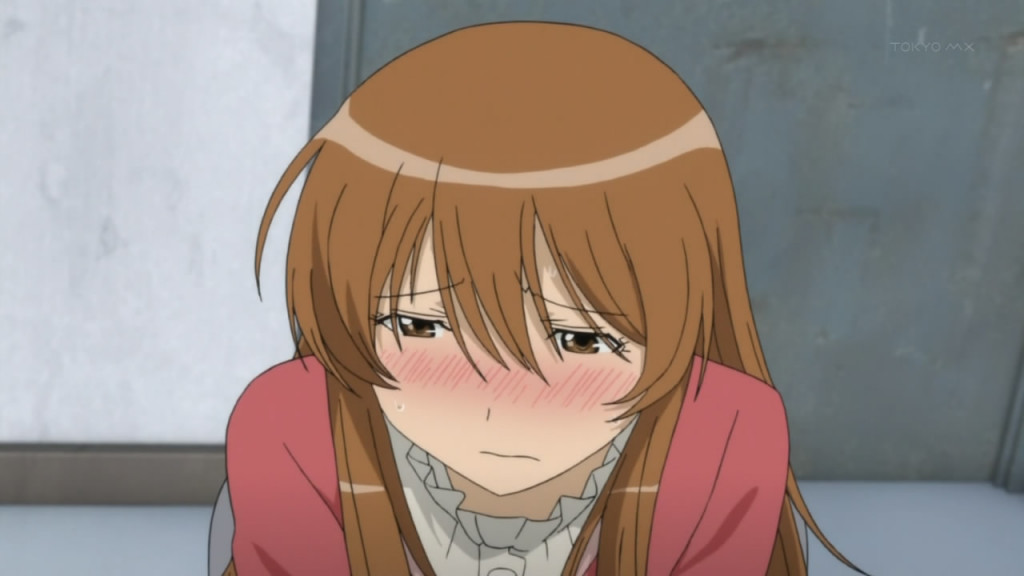 If you are a fan of the ‘Genshiken’ anime series then you should give ‘Genshiken Nidaime’ a watch though it is not as good as its predecessor.

Kenjiro Hato is one of the main characters in the series. He is also the last newcomer to join the club. He is a fan of Yaoi and likes to cross-dress.

His ability to behave like a female is commendable as he can completely change his personality. Thanks to his androgynous features he can easily pass himself off as a girl when he cross-dresses.

When he is in his female getup he looks really attractive making him a pretty convincing trap.