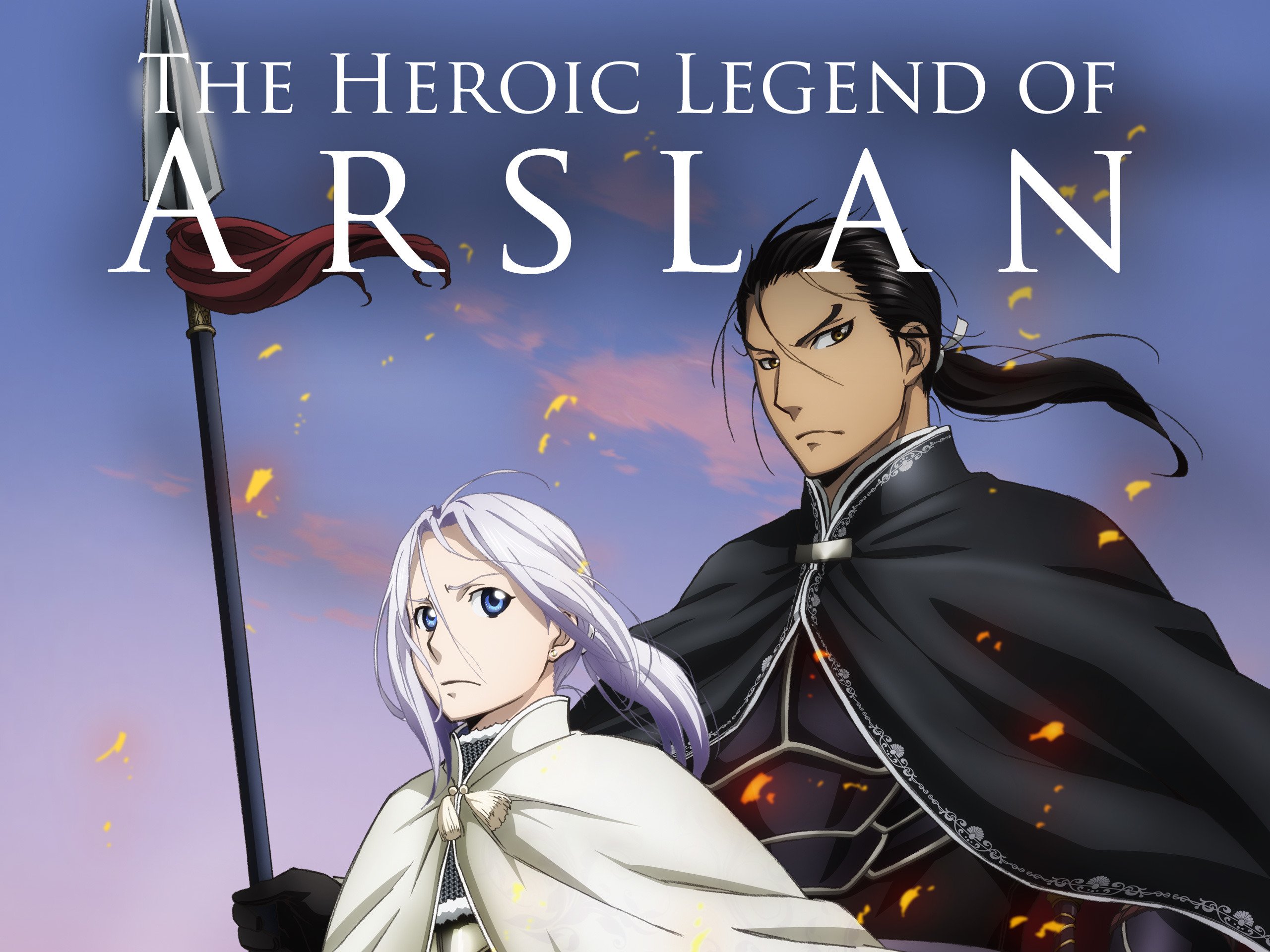 The adventure always lies in the journey and though there is always an end goal, once you reach that goal, it doesn’t really matter.

This is something I have always admired about adventure-based stories — you always know how it’s going to end, but it’s not the end that truly matters; it’s the lessons you learn along the way that matters.

This is what I loved about ‘Arslan Senki’.

It chronicles an amazing journey that not only focuses on the making of a hero but also on how an entire legend is made.

‘Arslan Senki’ or The Heroic Legend of Arslan is loosely based on its source material manga and comes off as a war story that also covers various other dimensions, which, in the end, makes it rich and more interesting than other anime of the same genre.

From the pilot episode itself, the anime starts to build upon its main character, Arslan.

Various social issues involving religion, slavery, and equality are touched upon and all of these themes are expressed with the use of extreme bloodshed and violence.

An anime like this one should never shy away from violence because that’s the only way to get the message across, which ‘Arslan Senki’ does really well.

The best thing about the anime is that it divides its story into these various sub-plots that are covered in each episode. These subplots then combine and add more value to the whole overarching storyline.

There are some issues with the pacing of the story and it comes off as a bit too fast at times but it never reaches a point where it disturbs the main premise.

Even the world build up is extraordinary and clearly, a lot has gone into structuring the architectural designs of the Kingdom of Arslan.

Though the anime is labeled as a fantasy, there aren’t too many elements that others of the same genre have in them.

There are a few instances where magic comes into the picture but the main focus is on the war and that’s what makes it unique.

Overall, ‘Arslan Senki’ has a lot to do with one’s perspective and what one expects out of an anime. For me, the depth in its plot and main characters were enough to make it really enjoyable.

But those who want better comedy and are no big fans of violence might decide to give up on it after the first few episodes.

Like most anime shows, ‘Arslan Senki’ is flawed in many ways but if you’re a sucker for war based adventures and enjoy plots that are slowly built over time, then you will absolutely love it. 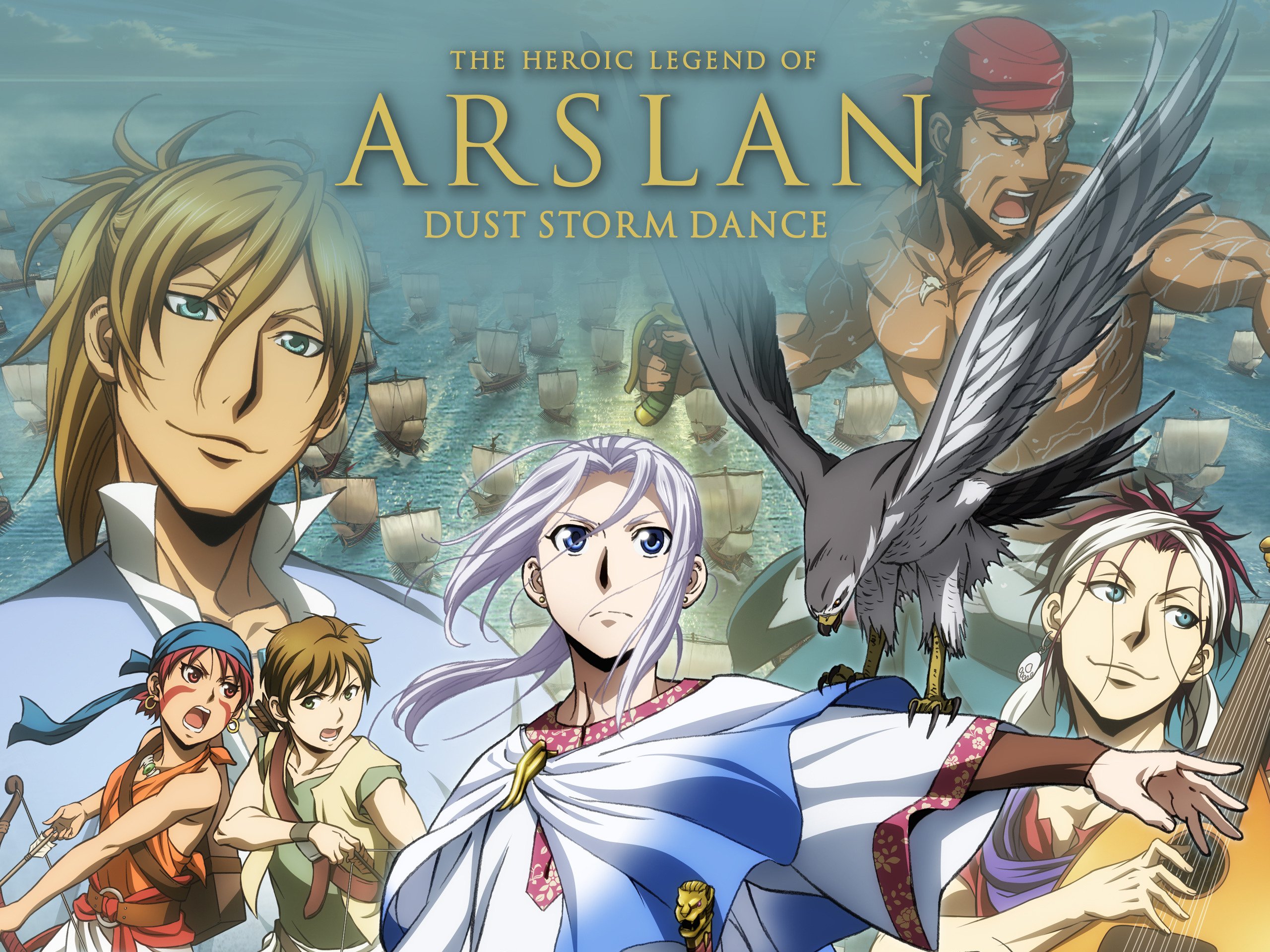 Arslan Senki Season 3 Release Date: When will it premiere?

This anime adaptation of Yoshiki Tanaka’s manga gained a lot of popularity soon after its release. And before we knew it, all the supporters and fans were demanding for a season 3.

There have been rumors that The Felix Films and The Linden Films are already considering the chances for a new season, but nothing official has been declared yet.

Our best guess is that ‘Arslan Senki’ season 3 release date could fall sometime in 2020 or 2021. We will update this section as soon as we hear more.

If the studio decides to drop it for some reason, then it’ll be a huge loss for them, so hopefully, that will not happen.

The English Dub of ‘Arslan Senki’ season 1 and season 2 are available on Funimation.

‘Arslan Senki’ is set in the year 320 where a kingdom known as Pars is under the rule of the hostile King Andragoras III.

This kingdom is in a state of war with its neighboring kingdom that goes by the name of Lusitania.

In the kingdom of Pars, there lives a prince named Arslan, who is very different from his father but has the same undying battlefield spirit of a warrior.

But the fate of the kingdom suddenly switches for the worst when the King his betrayed by one of his own men and the entire Parsian army is destroyed.

As the enemies now slowly start to invade the capital of Pars, Arslan’s life is in danger because it’s him who they seek next.

A general named Daryan accompanies him on his run for survival and together they look for allies who would be willing to help them with their situation.

But this journey of survival isn’t going to be as easy it sounds because it’s not just the Lusitanian army that poses a threat to their kingdom, but also many other kingdoms that are ready to feast on what’s left of Pars after being destroyed in the war.

Also, the mastermind behind Lusitania’s victory, who is a genius hiding behind a silver mask, possesses a secret that can completely jeopardize Arslan’s right to replace his father on the throne.

All the odds are bundled up against Arslan and he must now show true strength and courage in order to restore peace in his kingdom and also to prove that he is worthy of being the successor of his father as the king. 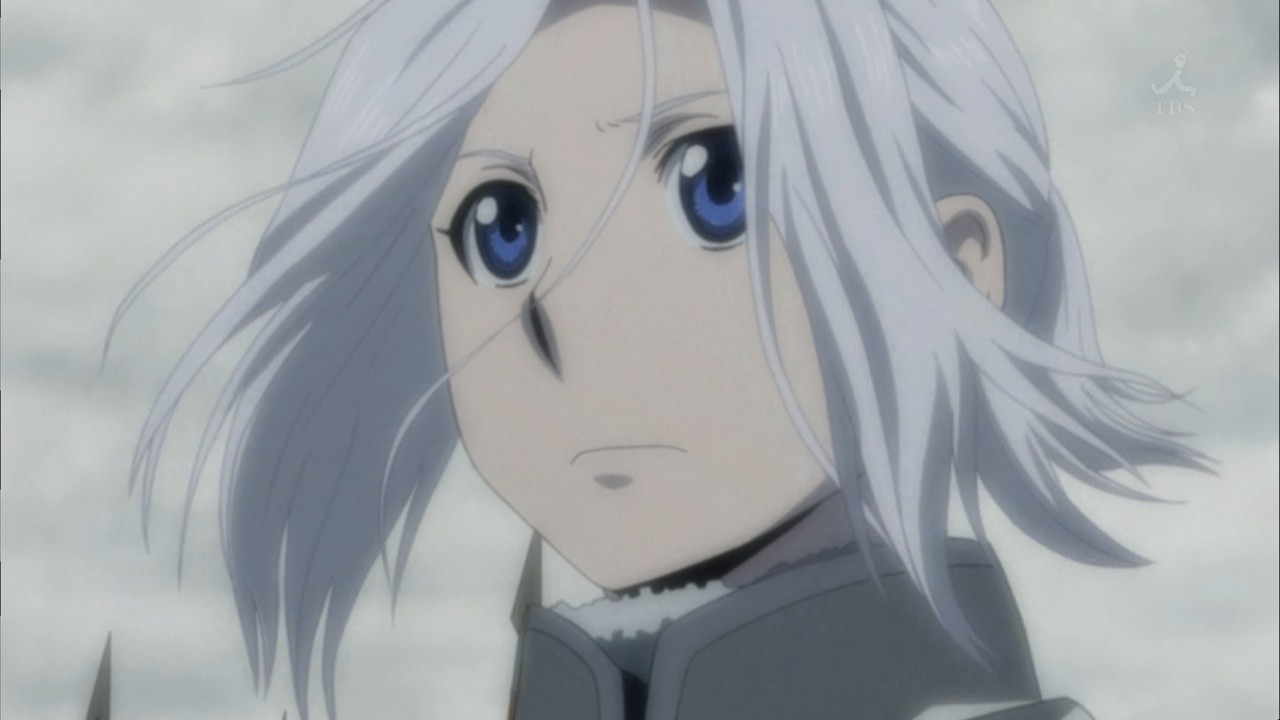 Arslan is the main protagonist of the show, who is crowned as the Prince of the Kingdom Pars and also as the leader of the resistance against the Empire of Lusitania.

He has a very fragile and weak appearance, due to which many consider him to be delicate. He even has feminine traits with his long silvery hair and blue eyes but later he grows out of it.

He proves that no matter what happens, he can never lose his kind nature and shows an equal amount of respect for his friends and foes.

But even then, he is willing to do anything to protect his family and will go out of his way to harm the ones who pose a threat to his loved ones.

Despite his appearance, he is very intellectual and also strong enough to hold himself up in a battle. 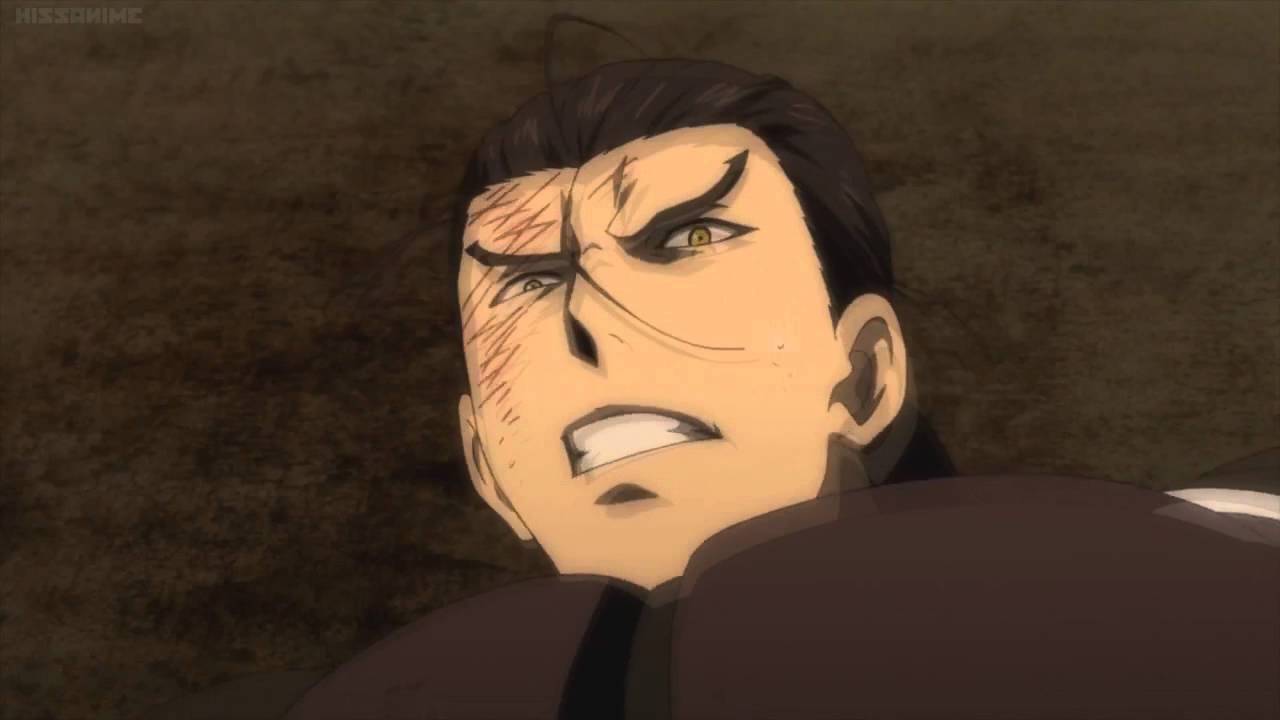 Daryun is one of the main characters of the series who later becomes a part of the Camp of Arslan that fights against the Lusitanian invasion.

He is a very handsome man and sports a long black ponytail that goes down all the way till his waist.

He walks around with a completely stoic personality and remains unaffected by pretty much everything.

He is stern and strong about every decision he makes and also shows extreme loyalty towards Arslan.

Daryun has a very kind heart and would do anything to protect the people he truly cares for.

But he is equally ruthless during the war and kills his enemies without even flinching once. In the battlefield, he also proves to very intelligent and strategic.

It is this trait that allows him to stay calm even during the most extreme situations.

That’s the reason why he stays loyal to Arslan, who he believes is very tough on the inside. 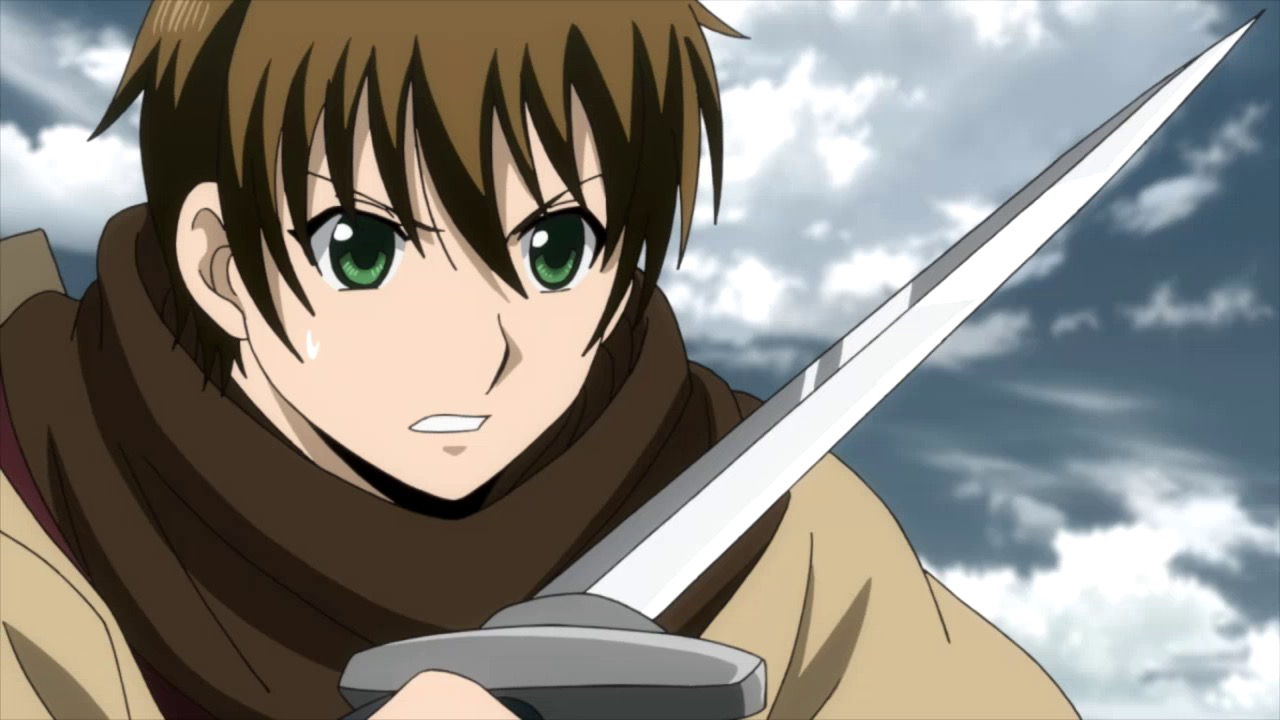 Elam is another member of the Camp of Arslan that fights against the Lusitanian Invasion. He appears to be somewhere around Arslan’s age and sports short brown hair.

He mostly plays the role of a spy and gathers all the necessary information. He is cunning in his own way and is highly skilled with the bow and arrow.

He is very loyal towards his master Narsus but is also a little sensitive about his position as a servant. He has some really good culinary skills and is often praised by the team for the way he cooks food.

Elam is very polite to all of his team members and gets along well with all of them. He can be a little immature at times, but that’s fine considering his age. 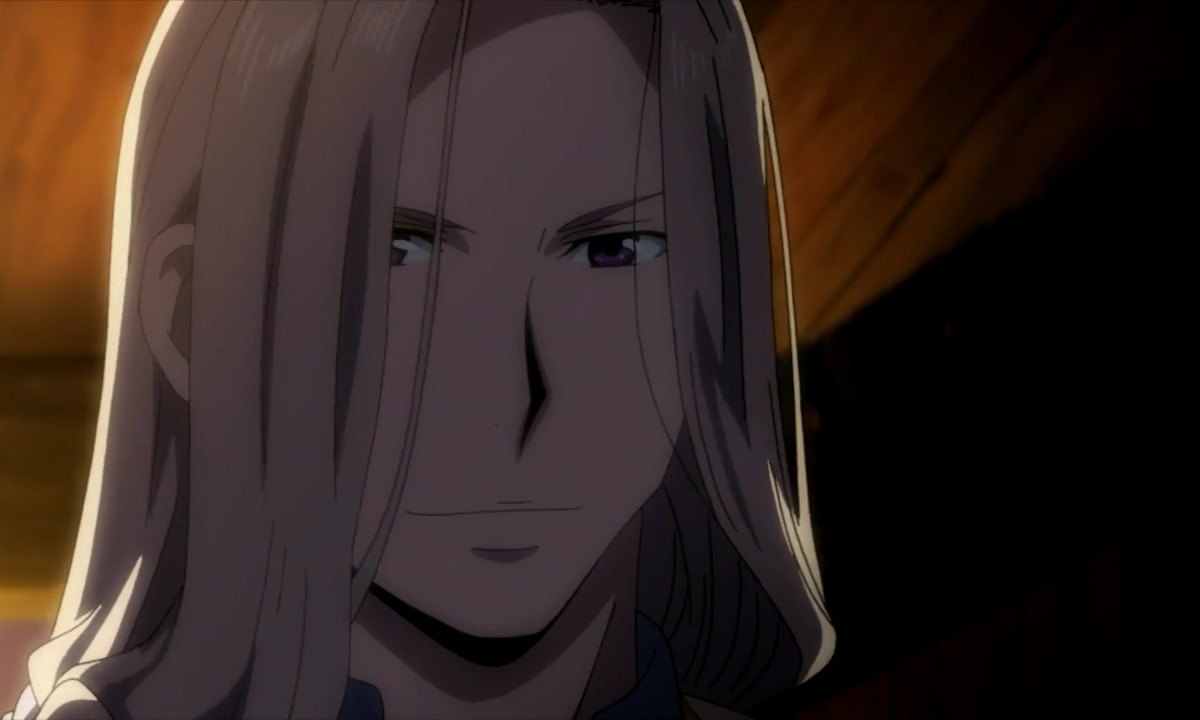 Narsus is Arslan’s advisor and also a key member of the Camp of Arslan. He has violet-blue eyes and beautiful blond hair, making him one of the most good looking characters in the series.

He is very well known for his abilities as a swordsman and his physique very well reflects his athleticism. He is tall with wide shoulders and has a heavily muscular body.

He is full of himself and comes off as very narcissistic but he backs up these traits by proving his intelligence and strategic skills even in situations where it’s nearly impossible to find a solution.

He remains calm almost all the time and the only time he seems bothered is when someone looks down upon him.