‘Circle’ is a psychological thriller with a novel concept and a rather neat execution. It is inspired by ‘12 Angry Men’, and that is both easy to see and rather tough.

The movie takes the concept of a group of people making a life-or-death decision for somebody else in an unimaginable direction. 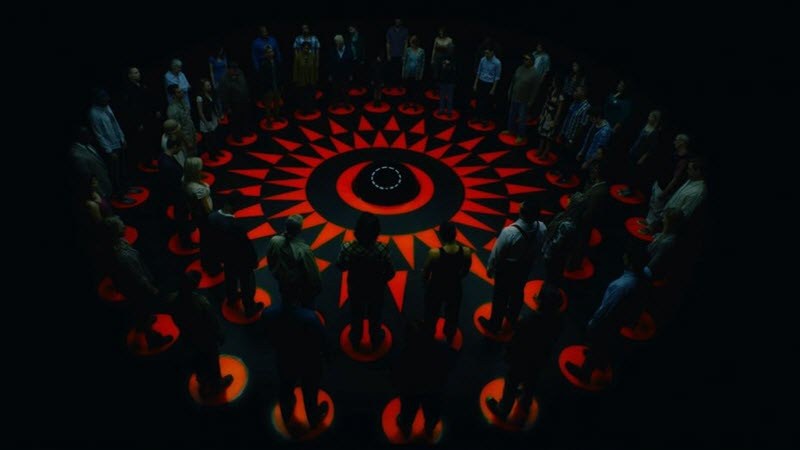 Circle Plot Summary: What is the movie about?

The movie starts with fifty people waking up in a room, each one standing in a designated spot. All of them are arranged in a circle around a machine.

Every one or two minutes, a light rotates around the circle, allowing each person to cast a vote against somebody else. The person with the most votes each “round” is killed by a beam.

Anyone who leaves their designated spot leaves too. At first, the group does not know what is going on.

But they soon realize that its a devilish game, predicting that the last person standing will be alive. As the “game” goes on, the group attempts to make co-ordinated decisions.

Towards the end of the film, there are three people left. There is still no clarity regarding what would happen if there are just two people left since one cannot vote for themself.

There is a young man named Eric, a pregnant woman and a child named Katie remaining.

Eric thinks that the pregnant woman should live and that he and Katie should sacrifice their lives by stepping out of their designated spot.

Katie agrees and steps out. As soon as she does, Eric uses his vote to kill the pregnant woman. However, the game still continues.

It turns out that the machine considers the pregnant woman’s unborn child as one more person and another round commences.

Eric votes for the child and kills it. He wakes up in the outside world and finds other people who survived their own circles.

A large proportion of them is pregnant women or children. There are UFOs roaming the sky.

Towards the end of the movie, Eric turns out to be the last man standing and resultantly, the lone survivor.

The final hurdle that he is seen overcoming involves Katie and the pregnant woman. Before just the three of them are alive, Eric defends them against a group led by another man.

The other man thinks that the pregnant woman and Katie should be treated like any normal person, without special privileges.

Further, the other leader also believes that the pregnant woman and Katie could be the machine’s ploy since anyone who gets tied with either of them will eventually die.

Now, this is where Eric plays it smartly. He knows that he cannot lead the faction of people that want Katie and the pregnant woman to die since the other leader is already at the helm.

So, eventually, he would have to die. On the other hand, although the people supporting the pregnant woman and Katie are few, it would be easier to rally people to support them.

Eric realizes that ethics can be used against contestants and that portraying an image of him doing the right thing is the safest way to ensure the majority does not turn against him.

This is exactly what happens with the other leader when he tries to rigorously advance his plea.

Towards the end, his plan works.

However, he still has to be the last man standing. If he announces his intentions of wanting to survive directly, Katie and the pregnant woman would have voted against him. So, he pretends to do the noble thing once again.

He convinces Katie to sacrifice her life along with his so that the pregnant woman can survive.

Katie, being a child, gets easily swayed by Eric. The pregnant woman does not oppose Eric as she thinks her life is being saved.

So, Katie steps out and dies since the machine kills anyone who steps out of their designated spot. Eric casts his vote against the pregnant woman.

The pregnant woman does not cast her vote against anybody else because she thinks that Eric is going to sacrifice his life for her.

However, the machine makes Eric play one more round since it recognizes the woman’s unborn child as another life form.

Eric casts his vote against the child. The unborn child cannot cast a vote since the act of closing one’s fist is how a vote is cast and because the unborn child is well…unborn. 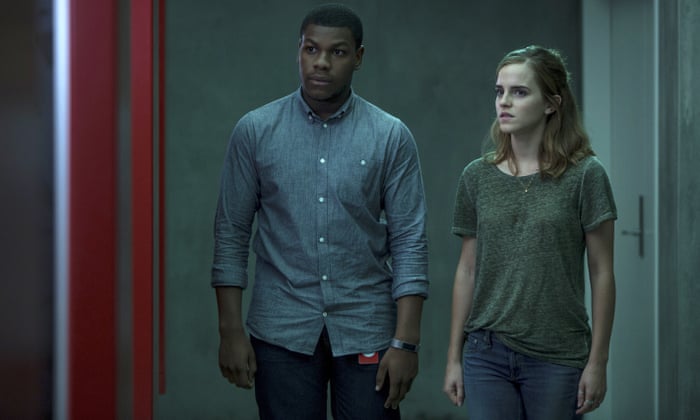 The ending of ‘Circle’ confirms that the events of the movie had been the result of an alien invasion of Earth.

A few players mention how they remember being abducted by extraterrestrial beings early in the film. It is confirmed when Eric sees UFOs in the sky after winning the game.

However, the conclusion is also a form of an open ending. It is entirely possible that the survivors are made to play another “game” of the Circle.

The movie does not give any indication of what the aliens’ motivations are. That is not the point of the film. The movie mainly comments on human tendencies and values when it comes to survival.

However, it is confirmed that everyone on the planet was made to play the Circle “game.” This is proven when Eric sees other survivors after waking up in the real world.

Whether the survivors are made to play another game is open to interpretation. It all depends on the fictional extraterrestrial beings’ motivation.

It is likely that the aliens want to control the planet by taking the lives of most of the population. If the aliens wanted to kill everyone, they would have not needed to make people play the “game.”

So, there is only one other possibility in which the survivors might be made to play the “game” once more.

This would only be likely to happen if the aliens desire to trim the human population even further. However, that is another film altogether.

Survival of the Fittest Versus Ethics

The Circle is basically an experiment that rewards the fittest with a chance of survival, just how Darwin says the real world works.

Interestingly, the fitness of a person is defined not by their physical strength but their wit. However, the very idea of survival of the fittest often feels barbaric when it comes to ethics.

After all, the Darwinian theory works in an animalistic world wherein a predator can become prey if it does not kill.

The Circle is obviously not too different. Yet, several people attempt to stick by a moral code.

The movie depicts how the idea of human morality often does not work with the law of nature. This is the reason that a man pretending to be nice ends up winning. 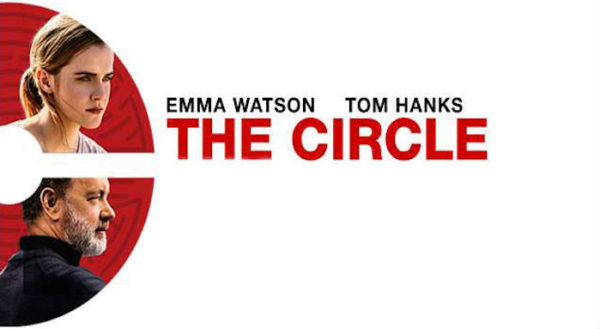 What is Good? What is Bad? Who Deserves To Die?

Well, it is obvious that nobody wants to die. Hence, the group eventually starts to come up with various parameters to decide who ought to be killed first.

This is what reveals the most about human nature and our society at the same time. Even in a situation like this, racism, ageism, homophobia and, classism come to the fore.

A man who tells the group that the aliens’ language sounded like Chinese or Japanese immediately gets killed.

At one point, the group decides to kill off the aged since they have fewer years to live anyway.

Another man gets killed when he thinks that a child cannot be raised by two lesbian mothers.

By depicting all of the above and several other instances, ‘Circle’ shows how prejudice can implant itself into a person’s psyche and ethical code.

The film depicts how, even in a survivalist situation, alienation and other-ing based on majoritarian thinking reigns supreme.

The film depicts how the human species has trained itself to be a social animal: a being who finds it harder to think individualistically and must learn to function with the “herd.” Morality is subjective.

But it has become as important as survival.

Towards the end of the movie, the remaining “players” form two de-facto fractions.

One of the fractions is led by a “blonde Jesus” (not the official description) who thinks that the pregnant woman and the kid must be killed off. Eventually, blonde Jesus gets killed.

It ought to be noted here that blonde Jesus is very vocal while Eric prefers not to say a lot.

The film shows how leadership can be a double-edged sword. It depicts how a capable man can easily rally a group of people behind him.

However, it also shows how fragile leadership is. A small sign of failure might cause a leader’s followers to easily turn on them.

Plus, being a successful leader is harder than it appears. Several characters, throughout the movie, try to persuade others to do something.

However, most of them end up being the next target themselves. 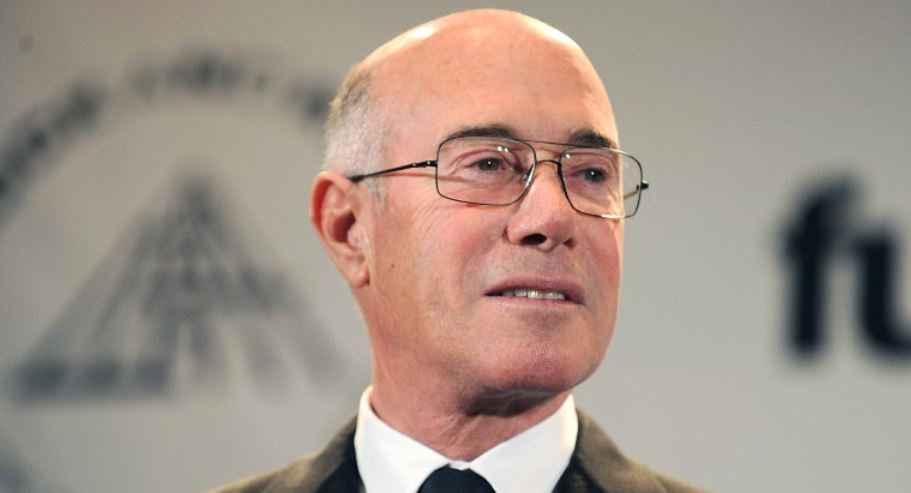 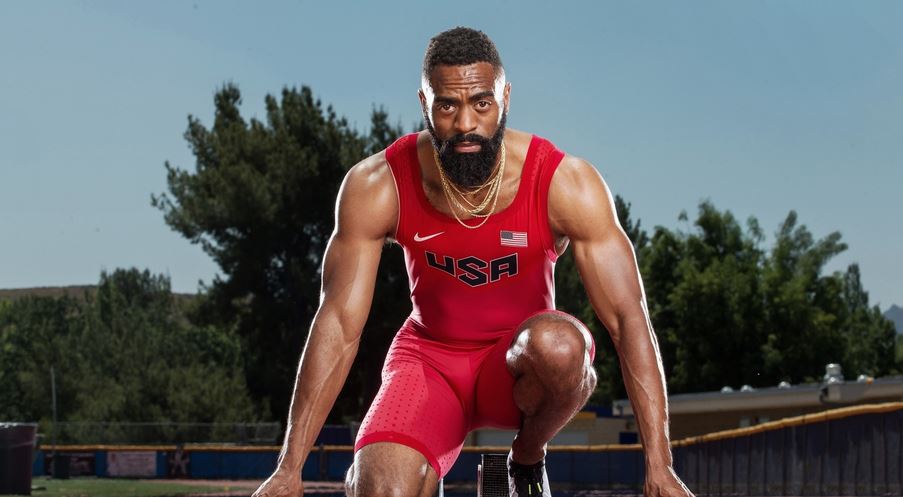 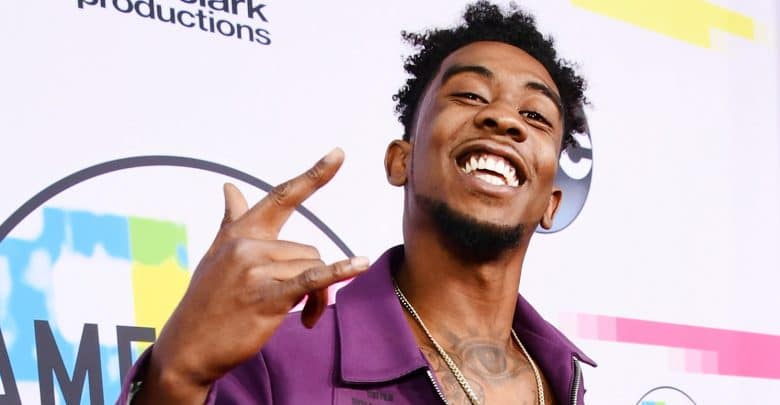 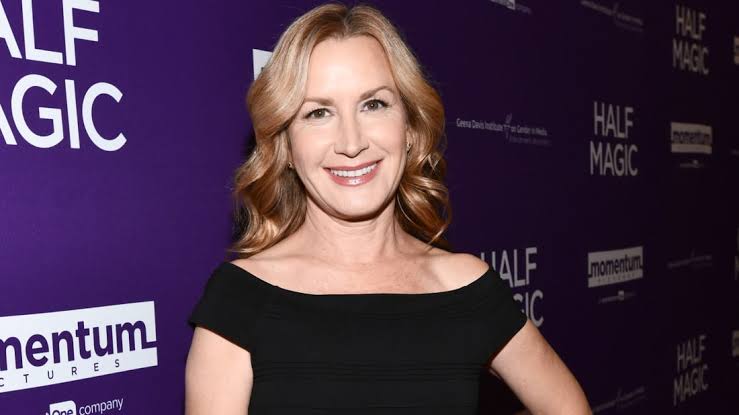