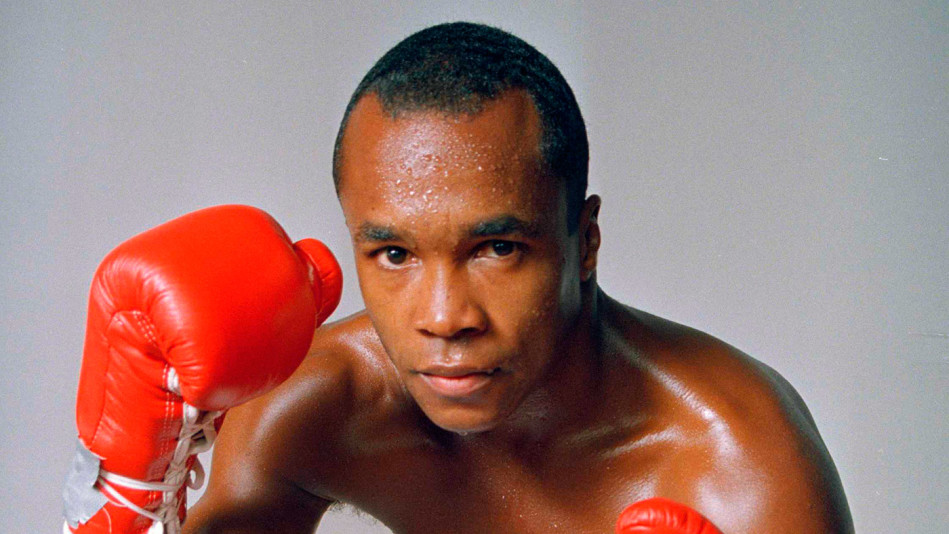 Sugar Ray Leonard Net Worth – Ray Charles Leonard is an American professional boxer, motivational speaker and actor who is often regarded as one of the greatest boxers of all time. 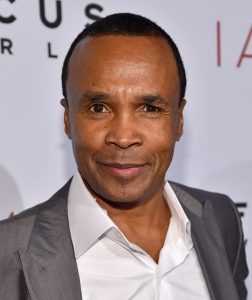 Sugar Ray Leonard was born to Cicero and Getha Leonard on  May 17, 1956, in Wilmington, North Carolina. His family moved to Washington DC when he was 3 and settled in Palmer Park, Maryland when he was 10. 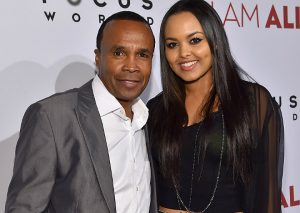 In January 1980, Leonard married his high school girlfriend, Juanita Wilkinson. The couple has two sons Ray Jr and Jarrell and a daughter named Camille Leonard. Later in 1990, the couple divorced.

During the divorce proceedings, Juanita Leonard testified that under the influence of alcohol her husband physically abused her.

She also said he was a frequent user of cocaine. In his testimony, Leonard confirmed the claims of his wife and revealed that the marriage problems were not caused by the use of drugs and alcohol.

In 1989, Leonard married Bernadette Robi, ex-wife of Lynn Swann. He has a son named Daniel Ray Leonard with Bernadette.

Leonard has been the international chairman of the Juvenile Diabetes Research Foundation for many years and is actively involved in raising awareness and funding. 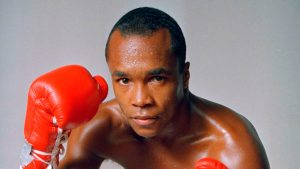 In 1976, Leonard made an appearance in the US Olympic team in the welterweight division. In the final, Leonard boxed with Andres Aldama, who reached final by five straight knockouts.

In the last few seconds of the fight, Leonard combination forced another standing eight count and he was awarded a 5-0 decision and eventually won the Olympic gold medal.

Later after winning the gold medal in the Olympics, he announced his retirement to continue his education.

After the immense pressure of his friend and family, he overturned his retirement and planned to box professionally. He fought with Wilfred Benitez on November 30, 1979, for WBC Welterweight championship, at Caesar’s Palace in Las Vegas.

Leonard won the fight and eventually named “Fighter Of The Year” for 1979 by The Boxing Writers Association Of America.

On March 28, 1981, Leonard’s fight was planned against Larry Bonds, the WBC sixth-ranked contender in Syracuse, New York. Leonard was aggressive throughout the match and eventually knocked out Bond in the 1oth round.

On June 25, 1981, Leonard moved up to the junior welterweight division to face Kalule in Huston, Texas.  Leonard celebrated his victory against Kalule who was light middleweight champion for two years.

Later, Leonard was promoted as “ The Showdown “, on September 16, 1981, at Caesars Palace he fought with Thomas Hearns in Las Vegas in World welterweight championship.

After the intense fight, Leonard finally managed to win against the former welterweight champion and the fight was named as “Fight Of The Year” by Ring.

During his entire boxing career, due to his records, he was awarded for numerous time

Sugar Ray Leonard net worth is estimated to be $120 million as of 2020. He is one of the richest boxers of all time and his entire source of wealth is believed to be from his boxing career. Moreover, he is the first boxer to make $100 million purses alone.

Leonard was the highest paid boxer in the 1980s and made the career earnings of $161 million.

He owns a luxurious house in Pacific Palisades at 1550 Amalfi Drive which he bought for $6.9 million. The Georgian-style mansion has 16,773 square feet, 8 bedrooms, 15 bathrooms, and sits on over 2 acres of land.

Leonard also has a vacation house in California which he listed for sale for $2.175 million in 2020.