Steven Spielberg Net Worth – Steven Spielberg is an American movie director, producer, screenwriter, and editor. The award-winning filmmaker admired by his peers for being the highest-grossing director of all time has his personal wealth estimated at $3.7 billion. He earns between $100 million and $150 million annually. You will find most of the details you may need to know about his life here. 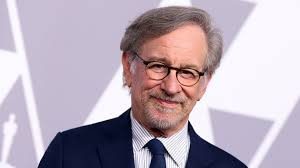 Born Steven Allan Spielberg on December 18, 1946, in Cincinnati, Ohio, a teenage Steven Spielberg already knew what he wanted out of life. His mother was a pianist and a restaurateur while his father was an electrical engineer who developed computers. Steve’s parents moved often and as a result, he spent parts of his early life in Haddon Township, New Jersey, Phoenix, Arizona and later Saratoga, California.

Steven Spielberg got married in 1985 to his first wife, Amy Irving, an actress. They both had a son, before the couple divorced in 1989. He met his second – and current – wife, actress Kate Capshaw, in 1984 during the making of Indiana Jones and the Temple of Doom, in which she also starred.

Spielberg married his second and current wife, Kate Capshaw, in 1991, and she has had three children with him. Together with two step-children from her previous marriage, and an adopted daughter, Spielberg has seven children altogether.

Steve began making adventure films at the age of 12 with the help of his 8 mm camera. His first movie was a 9-minute-long film titled “The Last Gunfight”. He continued making films throughout his three years at Arcadia High School, Arizona and often incorporated his schoolmates as actors. At the age of 13, he made a 40-minute war film titled “Escape to Nowhere” which won him a prize. The prize inspired Steven to become prolific in making films. 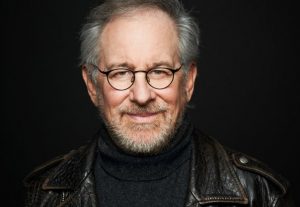 His first ever independent film made from $500 partly gotten from his father was a 140-minute long adventure titled “Firelight”. Steven was 16 at the time. The movie was aired at the local cinema and earned profits enough to recover the production cost. Firelight would later inspire his box office hit “Close Encounters of the Third Kind” (1977).

The Spielberg family after spending 3 years in Arizona moved to Saratoga, California where Steven attended and graduated from Saratoga High School in 1965. However, while in school his parents divorced. Steven moved to Los Angeles upon graduation to pursue a career in filmmaking.

His application to study at the University of Southern California School of Theater, Film, and Television was rejected thrice because of his C grade. He later studied English at the California State University, Long Beach, graduating in 2002 after dropping out somewhere in between.

While a student at California State University, Steven took up an unpaid intern job at the editing department of the famed Universal Studios which would later bring him a 7-year directing contract making him one of the youngest directors in a long-term deal with major Hollywood studio. The contract came after Spielberg impressed the studio’s vice president Sidney Sheinberg with his writing and directorial prowess in the 26 minutes 35 mm short film “Amblin” (1968) which won numerous awards.

Spielberg started his contract with Universal studios directing episodes for TV shows. The success of his work earned him another contract to produce 4 TV-films which included “Duel” (1971), and the horror movie “Something Evil” (1972). Spielberg’s first theatrical release was “The Sugarland Express” (1974) which although critically raved performed moderately at the box office.

Spielberg’s net worth of $3.7 billion makes him the third richest filmmaker in the world behind Arnon Milchan and George Lucas.