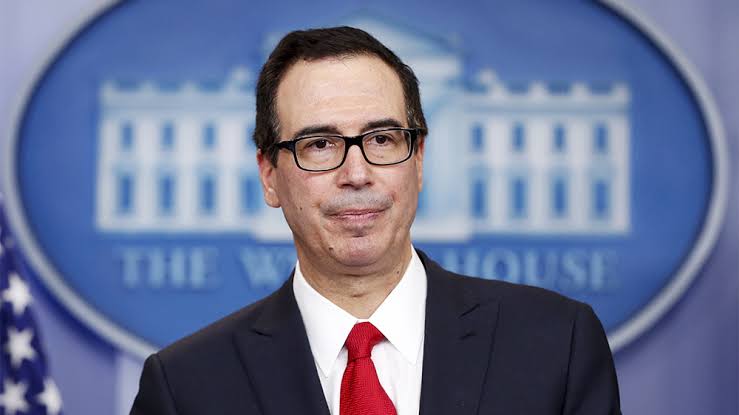 Steven Mnuchin Net Worth – Steven Terner Mnuchin is an American political activist and investment banker, who is serving as the 77th United States secretary of the treasury as part of the Cabinet of Donald Trump. Once, he had been a hedge fund manager. 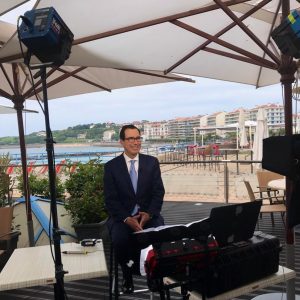 Steven Terner Mnuchin is a New Yorker born on December 21, 1962.

He is the son of Elaine Terner, a former vice president of the International Directors’ Council of the Solomon Guggenheim Museum and Robert Mnuchin, a former Goldman Sachs partner turned-upscale art dealer.

A Yale University graduate, Mnuchin was a member of the elite secret society Skull and Bones. After graduation, he landed his first job at Goldman Sachs.

For 17 years, he worked with the financial firm and rose through the ranks, finishing off as a partner before he left in 2002.

After his Wall Street career at Goldman Sachs, Steve Mnuchin was hired by billionaire George Soros to run a hedge fund. Mnuchin currently serves as the US Treasury Secretary in the Donald Trump-led administration, after his stint as a hedge fund chief executive.

RatPac-Dune is a motion picture production and financing company. The company is headquartered in Los Angeles, California.

Mnuchin served as chairman of OneWest from 2009 until the company was sold in 2015. He also served as co-chairman of Relativity Media prior to it going bankrupt.

Mnuchin served as finance chairman of the Donald Trump 2016 presidential campaign. He was elected as the 77th United States Secretary of the Treasury under the Trump administration. He was sworn into office on February 13, 2017.

Steven Mnuchin has a height of 1.83m and weight is unknown. His hair color is black and his eyes are brown in color. Furthermore, his other body measurements are not available.

Donald Trump announced on his website that he would nominate Mnuchin as the U.S. secretary of the treasury on November 30, 2016. 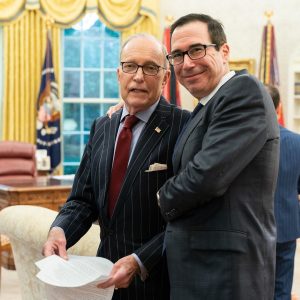 The former Wall Street insider is considered one of the wealthiest members of Trump’s cabinet.

A world-class financier, banker, and businessman, who has been pivotal in developing in building the country’s dynamic, and booming economy, Steve Mnuchin has amassed a huge personal fortune.

His net worth is estimated at about $300 million.