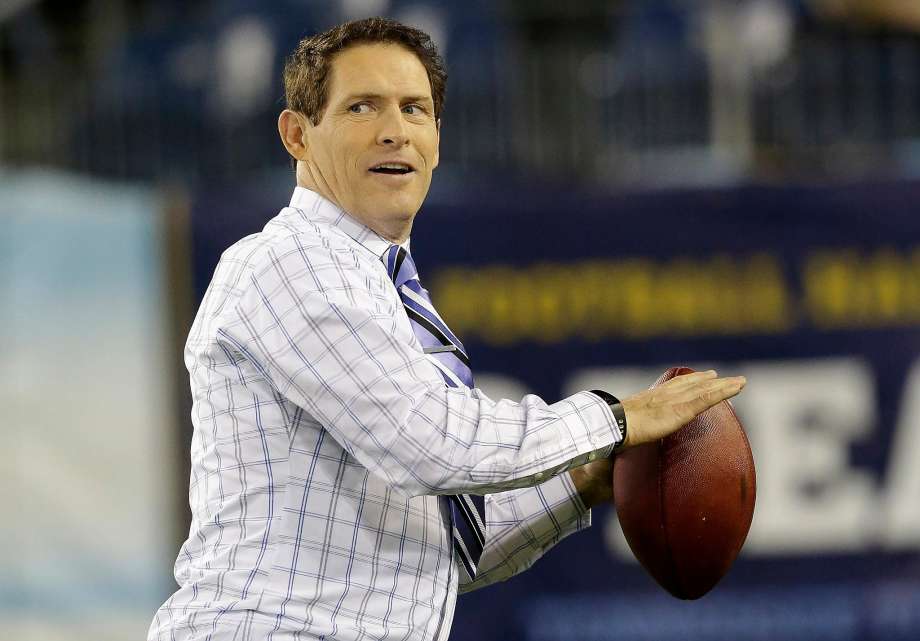 He has been involved into professional football for 15 years and during this time he also managed to get many prestigious awards, such as the Most Valuable Player of the NFL in 1992 and he got the same award two years later, as well. 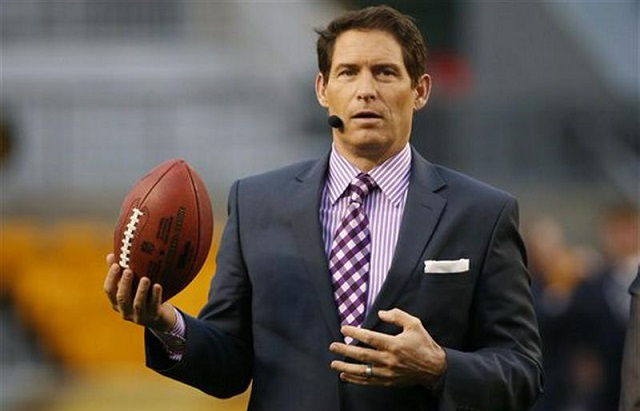 Steve Young was born in Salt Lake City, Utah, on October 11, 1961. He is a great-great-great-grandson of Brigham Young, who was the second President of The Church of Jesus Christ of Latter-day Saints.

Steve’s father, LeGrande “Grit” Young, played football at BYU in the late 1950s. Grit led the school in scoring in 1955 and in rushing and total offense in 1959.

Steve has two younger brothers Mike and Tom who both played quarterback at BYU, after Steve, but they didn’t get much playing time.

He earned the 1978 All-FCIAC West Division First Team honors in his junior year, at Greenwich High School in Greenwich, Connecticut.

This was his first season as a quarterback for the Cardinals. He won again in 1979 along with CIAC All-State honors, rushing for 13 touchdowns.

His senior year he was co-captain of the football, basketball and baseball teams. In basketball, he averaged 15 points a game. In baseball, played center field, hit .384 and his pitching record was 5-1.

Young finished his college career with 592 pass completions for 7,733 yards and 56 touchdowns, along with 1,048 rushing yards and 18 touchdowns on the ground. He was inducted into the College Football Hall of Fame in 2001.

Young joined the Tampa Bay Buccaneers in 1985 after being the first player selected in the 1984 NFL Supplemental Draft of USFL and CFL Players.

Although he didn’t play very well the two seasons he was a member of the Buccaneers, Bill Walsh coach of the San Francisco 49ers thought that many of Young’s playing difficulties were due to the struggling Bucs organization.

He was impressed with Young’s natural abilities, and on April 24, 1987 he was traded to the San Francisco 49ers, to serve as a backup to Joe Montana.

Young spent the final 13 years of his career with the 49ers, during that time he became one of the best quarterbacks in NFL history. Steve has been married to former model Barbara Graham since 2000, and they have two sons and two daughters together.

During his football career, Steve Young played for the San Francisco 49ers, the Tampa Bay Buccaneers and the Los Angeles Express of the United States Football League. 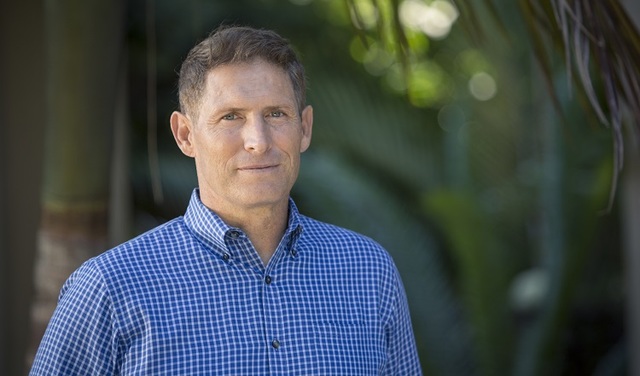 During his 15 year career, Steve received many honors and awards such as the Most Valuable Player (MVP) of the NFL in 1992 and again in 1994.

In 2005 he was inducted into the Pro Football Hall of Fame. He was the MVP of Super Bowl XXIX.

He was the first left-handed quarterback to receive that honor. Steve also won a record six NFL passing titles.

During his career he ranked third in NFL history for passer rating among quarterbacks who have thrown at least 1,500 passing attempts. His rating was an impressive 96.8%. 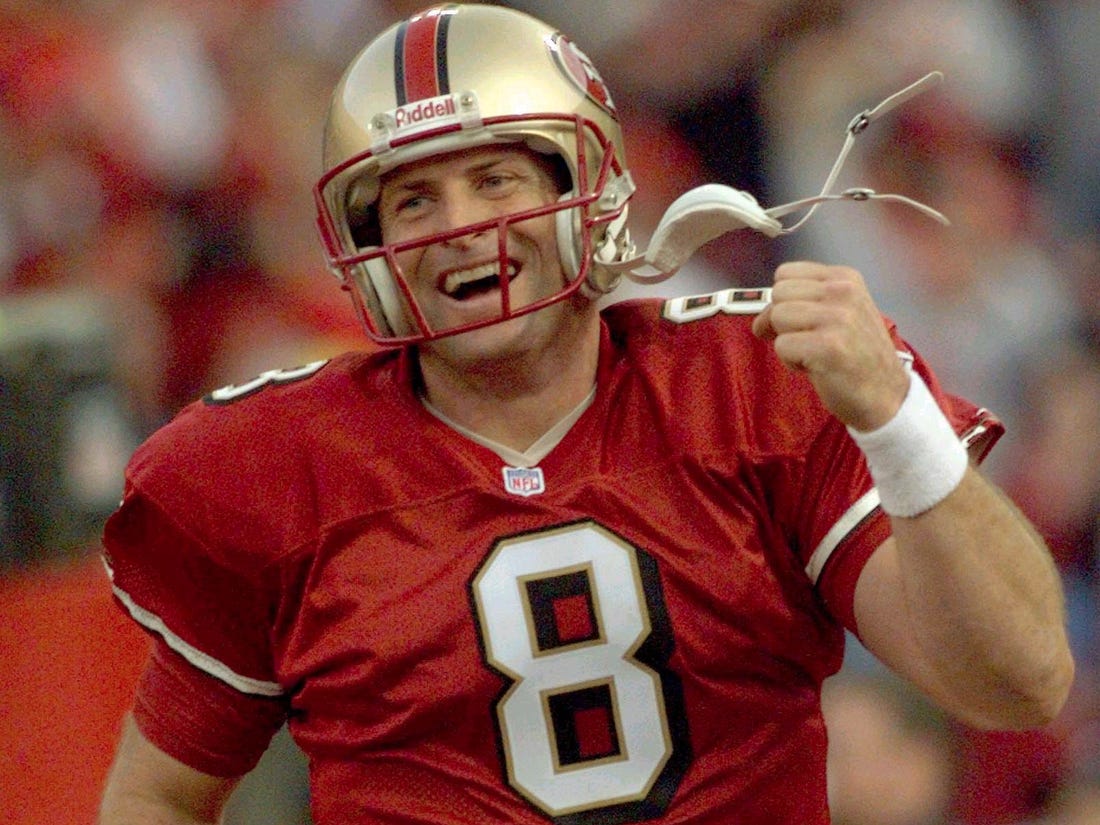