Steve Bacic Net Worth – Steve Bacic is a Croatian-born Canadian actor who is popularly known for playing the characters Telemachus Rhade and Gaheris on the Sci-Fi series Gene Roddenberry`s Andromeda.

Steve Bacic, who feels comfortable playing scary villains or comic sidekicks, prefers to maintain a low-key life, allowing his fan a minimal scope to have a peek at his life. 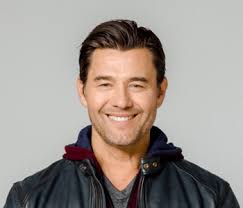 Steve Bacic was born under the zodiac sign of Aries on 13 March 1965, in Lisicic, Croatia, which means that he is 53 years old and his nationality is Croatian. Bacic is best known as an actor working on prominent projects such as “Andromeda”, in which he played the role of Telemachus Rhade, and “X-Men 2”, in which he portrayed Dr. Hank McCoy.

When it comes to Steve’s ethnicity, he is Caucasian and has dark hair and eyes, which suits his complexion perfectly. Despite the fact that he was born in Croatia, he spent his formative years in Windsor, located in Ontario, Canada and went on to start acting as his second choice, as he wished to work as a coach or a therapist at first.

Speaking about his education, Bacic was a student of kinesiology, and prior to becoming an actor he worked in factory job. After that, he owned an auto refurbishing business, and at that time of his life was prosperous, and was an owner of two houses.

During his 20s, the actor travelled to Vancouver, British Columbia, and eventually settled there and began acting, under the influence of stars such as Ethan Hawke. 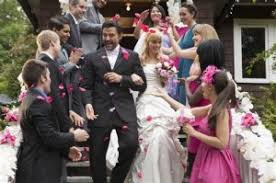 Speaking about Steve’s relationship status, he is married to Carolin and the couple has three children together. However, the actor keeps the majority of information regarding his private life behind a closed door.

Bacic isn’t active on Twitter, as he hasn’t posted anything for a long time, which makes it harder for his fans to communicate with him, however, many of them often tweet about him, and one fan recently shared a photo including Steve and his colleagues from “Stargate”, with the caption reading “I love that Steve Bacic is up there cracking into some food during the closing ceremony.

Even the actors are on the Con diet”. Bacic is actually more active on Instagram, and is followed by 17,000 people on that social media. One of his latest posts includes a photo of himself and his friend wearing their Halloween costumes, with the caption “Clowning with @wadegibb Happy Halloween ya’all”.

Bacic made his acting debut with the role of Tommy Boylan Jr. in “21 Jump Street” in 1991 and in the same year worked on “Street Justice”, in which he had a small role as well. He went on to have similar projects throughout the early ‘90s, including “Another Stakeout”, “Born to Run”, “The Commish” and “M.A.N.T.I.S”.

Steve then appeared as a guest star in three episodes of “The X-Files”, and in 1998 joined the cast of “Voyage of Terror”, in which he worked with actors such as Lindsay Wagner, Michael Ironside, Martin Sheen and Horst Buchholz.

In the following year, the actor played the role of coach in “Just Deal”, and in the following year joined the cast of several movies and series – “Beyond Belief: Fact or Fiction”, “Ballistic: Ecks vs. Sever”, “Body & Soul” and “Just Cause”, and then worked on “X-Men 2” through 2003.

The actor had a lot on his plate in the mid-2000s – numerous projects such as “John Tucker Must Die”, “Blade: The Series”, “Psych”, “Whistler”, playing the role of Adam Lawson in the latter. 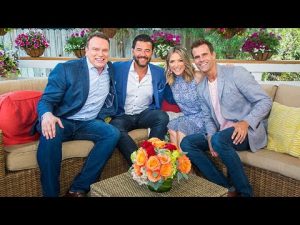 When it comes to Steve’s latest projects, he worked on “Arrow”, a critically acclaimed series, in which he played the role of Sean Sonus. In 2018 he had multiple projects, including “Lemonade”, the movie which follows the story of a young Romanian woman who moves to the US with her son, and marries an American man whom she barely knows.

So just how rich is Steve Bacic as of late 2018? According to authoritative sources, this actor has net worth of over $3million, accumulated from his career in the previously mentioned field. He hasn’t disclosed any information regarding his assets such as houses and cars, but working hard allows him to be financially stable and to take care of himself. Bacic always looks well put together at events he attends, which indicates that he invests money into his looks and clothing.