Stan Cadwallader Net Worth – From his simple life as a firefighter, Stan Cadwallader rose to the status of an American celebrity when he became the partner of the late comedian Jim Nabors. The pair was an item for more than 38 years prior to them making their relationship official in January 2013.

However, their union came to an abrupt end in 2017 when Jim’s life was claimed due to his failing health. Though gone, the popular comedian is remembered for his notable works as well as his appearances in The Andy Griffith Show as Gomer Pyle, among others. 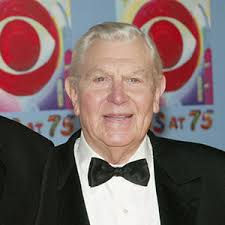 Stan Cadwallader is said to have been born in the year 1948 in Honolulu, the United States. He spent his early days in Hawaii where sources say he completed his high school education. Aside from that, not much is known about his upbringing. Stan’s ethnicity is White and his nationality is American.

During his youthful days, Stan Cadwallader had a thriving career as a firefighter in the Fire Department of Honolulu, Hawaii. He spent many years there before he delved into the glamorous life of a celebrity when he met the famous American comedian Jim Nabors who is now late.

Stan is said to have known Nabors as far back as 1975 during his days as a firefighter and he had done some work for the actor then. The pair became close friends after their meeting and the result was a steady relationship for 38 years.

In 2012, when gay marriage was legalized in Washington, the couple, who had been waiting for a long time to formalize their union, welcomed the new development and by January 2013, they went down to Washington and wedded on the 13th day of the month.

Stan was 64 years old while his partner Nabors was 84 years old and the ceremony was a very private one conducted at the Fairmont Olympic Hotel in the presence of a few friends and a judge who officially joined them.

Although the duo was excited to tie the knot, they had a code of secrecy about their personal life which made Nabors turn down a face-to-face interview that was proposed to him. However, when he finally accepted, he opted for it to be done over the phone. During the interview, the late actor expressed his joy of having to marry Stan whom he has come to accept as not just his partner but also his best friend.

He also emphasized on his choice to keep his personal life from the prying eyes of the public but overall, he believed it was high time he took the step to get married as he was not getting any younger and revealed he was pleased with his decision. 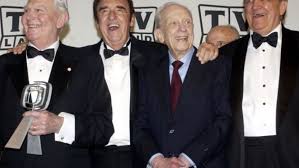 Stan has cleverly avoided answers on all the major questions about his life, including those about his career; all we know is that Stan was a member of the fire department in his hometown of Honolulu, holding the full-time job for years before he met Jim in the mid- ‘70s. Stan continued his career as a firefighter until his retirement, though he has enjoyed quite a vivid life with his partner, Jim Nabors.

What Is Stan Cadwallader’s Net Worth and Achievement? 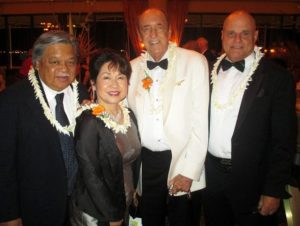 Stan Cadwallader is known to have earned a reasonable sum from his career as a firefighter but his actual salary, as well as net worth, has not been ascertained, coupled with the fact that he loves his privacy. This makes it a herculean task to delve into details of his earnings. However, his popular partner Nabors is said to have piled up a fortune worth around $15 million which is linked to his career as a famous comedian and actor in Hollywood.

From every indication, Stan surely has a huge chunk in Nabors fortune as he is known to be one of his few surviving relatives other than Nabors’ two sisters as they never had nor adopted children.