Snowbird Brown Net Worth – Snowbird Brown is not like the conventional American celebrities who live in the city where there are ample modern facilities to make life easy. Rather than these, she has her abode in the Alaskan Bush where she resides with her family as they make the Discovery Channel series Alaskan Bush People. 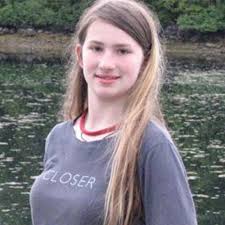 The reality television star celebrates her birthday every 18th of November, she was born on that day in the year 1994 in Alaska, the United States to Ami Brown and Billy Brown as the youngest and only girl (at that time) in their family which already had 5 boys. Snowbird’s siblings consist of Joshua, Solomon, Gabriel, Rain, and Noah who are all boys and her younger sister Katherine.

In contrast to what many people think, Snowbird Brown’s parents are not originally from Alaska. They are from North Texas and only moved into the Alaskan forest a few years into their marriage. Since then, they have been living there for decades and have come to become famous for spending their lives in the wilderness much to the awe and thrill of other people especially fan of the show.

When Amoran Jean, Snowbird Brown or Bird Brown was born, she reportedly went 9 months in the Copper River Valley, Alaska without having contact with other people. Growing up in such an environment, Bird naturally took to nature and outdoor activities.

She was and still is a lover of animals; her pets include frogs, a squirrel, five red-eared Slider Turtles, many dogs, and cats. In the wild where she lives with her parents, the television personality learned how to fish from a young age and does her part to provide food for her family.

The television star is in love and has been for a very long time from what we gathered. However, her love interest is not in someone of the opposite sex but rather with nature and all it has to offer; animals, trees, mountain/rock climbing and the general exhilarating feel of being outdoors.

Snowbird Brown does not have any known boyfriend, at least none that we have seen on television despite having come of age. Some time ago, she was suspected and rumored to be pregnant by watchers of the show because of her seemingly obvious weight gain.

Nevertheless, it turned out that she was probably never pregnant as she didn’t put to bed, neither did she have a miscarriage but rather soon returned to her normal body size. Perhaps her adding weight at the time had to do with the body changes girls her age undergo as part of growth.

When Bird does get a boyfriend, it will be a thing of interest to learn about who her the lucky chap is. 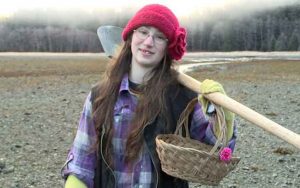 Snowbird’s career began on the show in 2014 when its first episode was being filmed and it was only then that she had her first contact with humans from the outside world. The family reportedly go as much as 6 to 9 months in the Alaskan Bush without having contact with anyone from civilization.

Where is Snowbird Brown Now?

Like most reality television shows, people will always be skeptical of how real or not their favorite show is and the Alaskan Bush People is not an exception.

In addition to this, the family has had to contend with a lot of things from being charged with Permanent Fund Dividend fraud and felony theft with 60 total counts in October 2016 to a myriad of other developments like Ami’s health challenges (cancer), Matt’s rehab for alcohol abuse, Noah’s marriage to Rhain Alisha and Rain’s mental health challenges.

Other issues that cropped up include deep revelations which were made about how possibly fake the show is with a lot of convincing proofs to it.

In all these, Snowbird Brown has remained somewhat off the picture, not much has been heard about her, what she is up to at the moment and what we should be expecting from her. Nevertheless, her sister in Star Rain Brown in her tribute on Instagram to the show watchers and her family urged fans to stay tuned. Perhaps, when they make a re-appearance on the show, we will then know what SnowBird Brown was up to all these while.

The Brown family have turned around what would have been an otherwise isolated but perhaps satisfying life for them in the Alaskan Bush to be one of the most watched shows on television. For this reason, the family has also been well rewarded for what they do. Some reports have it that Snowbird Brown earns about $40, 000 to $60, 000 while her net worth is about $100, 000.