When ‘Sicario‘ released in 2015 it made quite a lot of noise in critics arena and that reflected in its performance at the box office as well.

But when you think about the director behind the project, there’s hardly anything to be surprised about the success of the film.

Denis Villeneuve‘s impressive filmography speaks for the director’s vision and his ability to delve deep into the human psyche and the cultural debilitation of the society.

The world of ‘Sicario’ was grim yet real and the theme was political enough for such a reality.

‘Sicario’ is something that doesn’t scream franchise but we have already seen a sequel in 2017 titled ‘Sicario: Day of the Soldado’.

The movies in these series can be enjoyed as anthological movies since they don’t follow a continuous narrative.

In essence, each of the movies in the series can be enjoyed and experienced as standalone ones.

Both films feature almost the same set of characters; however, the movies don’t share similarities in terms of events continuation and point of view.

‘Day of the Soldado’ explores the same socio-political issues of Mexico-US borders as drug traffickings of the first movie turns into human trafficking in the second one.

The box office haul of ‘Soldado’ wasn’t anything to write home about but it wasn’t a flop either.

It was an uphill task to match its predecessor’s brilliance anyway but ‘Soldado’ was still pretty solid.

The ending of ‘Soldado’ leaves a lot of room for a third movie to explore and the possibility of a ‘Sicario 3’ was ignited by the makers themselves. So we have gathered everything we know about ‘Sicario 3’. 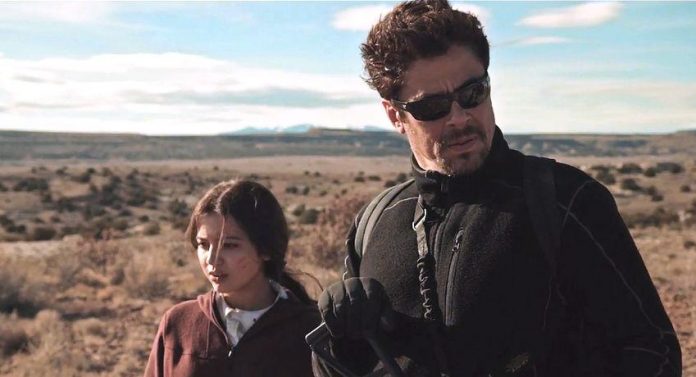 Even though I have said that the stories do not necessarily follow each other, we have to keep in mind that they belong to the same universe.

Even the journey of the characters is interrelated. So in order to decide what ‘Sicario 3’ can be about, we have to talk about the previous two films as well.

What Happened In The Series So Far?

The story follows the US war on drugs in the Mexican border as Kate’s idealistic beliefs are torn apart by the bloody horror of reality.

In the lawless land she tries to follow guidelines without realizing that in the wild, survival and revenge have no place for morality.

The CIA attempts to disrupt the drug trade of Manuel Diaz and eliminate his boss Alarcón’s drug empire.

By doing so they intend to restore the monopoly of one cartel which in return gives the US a greater control. But their methods are anything legal or moral.

Matt educates Kate about the ways of larger political and personal battles. Alejandro has personal scores to settle with Alarcón.

Hia’s personal vendetta sees him killing, kidnapping, and torturing people to gain his way to Alarcón.

Macer’s moral compass is shattered as she realizes her smallness in the greater political crisis. The movie has a watertight plot, a lean and means narrative, and a splendid background score.

The performances of Blunt and del Toro received a special mention or two as Villeneuve elevated a seemingly normal spy action thriller into something bigger.

‘Sicario: Days of the Soldado’ takes place in the same universe but doesn’t follow the events of the previous film chronologically.

But it does feature agent Matt Graver and Alejandro Gillick. It starts with a suicide bombing in Kansas where innocent civilians die.

Finding that the terrorists are being trafficked to Mexico, the US government attempts to destroy the cartels by fueling a gang war between them.

Matt, Alejandro, and the team are tasked with carrying the mission.

Alejandro kills one gang’s lawyer and kidnaps the daughter of the other gang’s owner. They plan to leave her at the rival gang’s territory but betrayals follow as things escalate.

Alejandro bonds with the girl and goes against the orders of his agency to protect her. On his way to do so, he piles up body counts.

At a certain turn of events, Alejandro and the girl are recognized and he is shot. Graver finds her and with a sudden change of heart decides to put her in a witness protection program.

Alejandro somehow manages to save himself, kills a few more, and traces Miguel a year later.

‘Soldado’ is more violent and grimmer than the first one. It tries to match the finesse of the first one but falters a bit. Still, the film works as a relentless crime thriller full of violence. 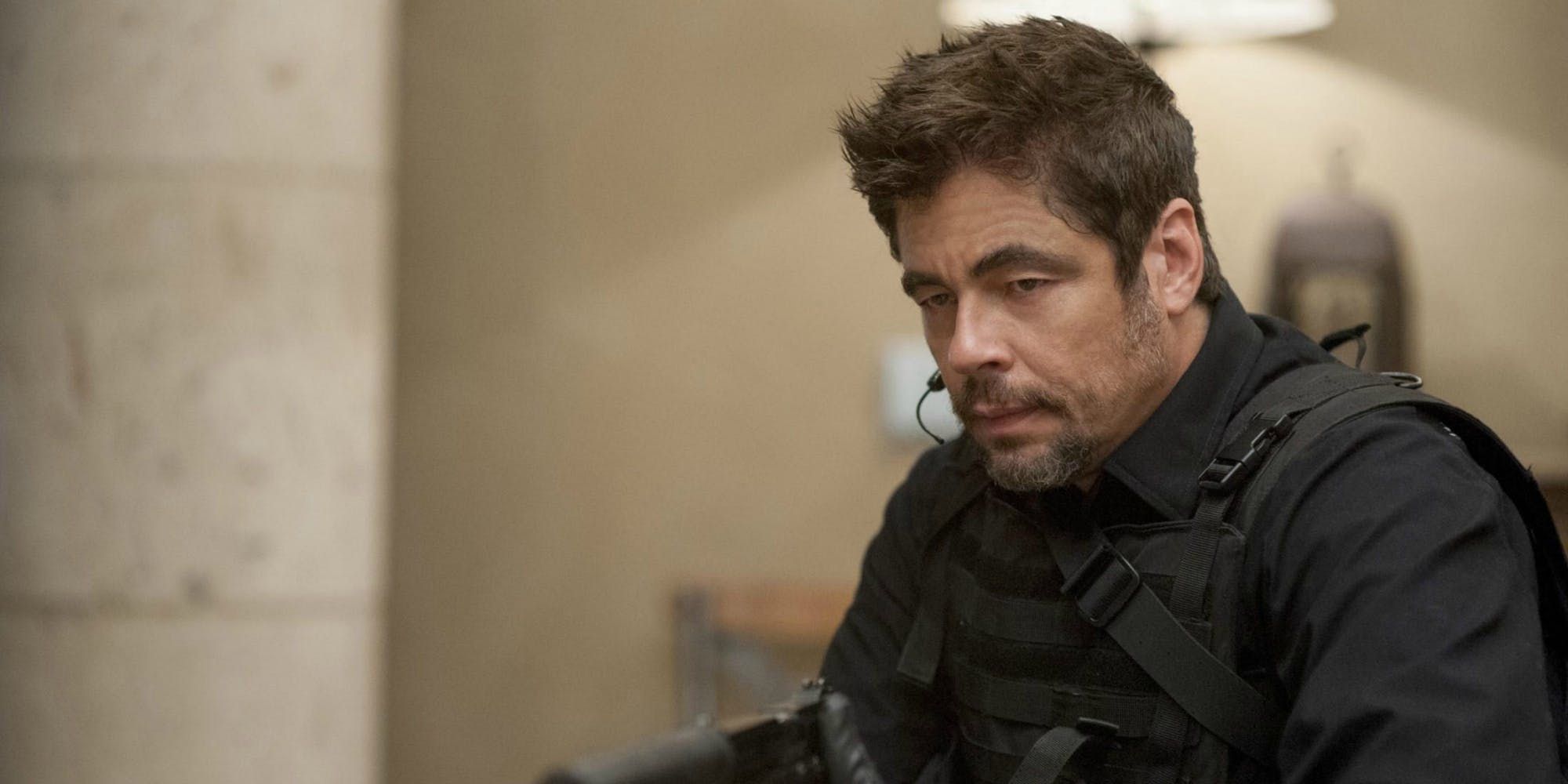 Sicario 3 Plot: What Will it be About?

The ending of ‘Soldado’ leaves a lot of opportunities for a third movie.

Even though they all tend to stay as standalone movies, ‘Soldado’ ends on such a compelling thread that the next one should attempt to tie it. At the end of ‘Soldado’, we see Alejandro confronting Miguel after a year of bloody events.

He reiterates to Miguel in order to confirm that he wants to be a Soldado.

So the third movie can be about Alejandro’s relationship with Miguel as the equation of master-apprentice becomes a very promising plot.

However, the most interesting possibility is the return of the fan-favorite Kate Macer.

‘Sicario’ established Kate’s character quite nicely and after staying absent throughout the second one, we can definitely hope for her return.

The consequences of the last movie on Matt Graver’s character and his equation with Alejandro are also something the makers can tap into.

The ending of ‘Soldado’ leaves the possibility of Alejandro’s return. If that happens, then Benicio del Toro will be in the movie.

Josh Brolin’s Matt Graver may also play an important role in the next movie, so count him in as well. However, the biggest inclusion will be Emily Blunt. We feel like Macer’s story is not done yet.

In that case, Blunt should also return, especially because both Emily Blunt and the makers are considering Kate’s inclusion in ‘Sicario 3’.

Sicario 3 Release Date: When Will it Premiere?

The development of ‘Sicario 3’ was hinted by the people behind the series even before the release of ‘Sicario: Day of the Soldado’.

However, we don’t have any official details about the production of the movie. Even the cast is not finalized.

But judging by the last two film’s release dates, we can say that ‘Sicario 3’ should come out in 2021 or 2022 if gets greenlit soon. For now, we can just sit and wait for an official confirmation. 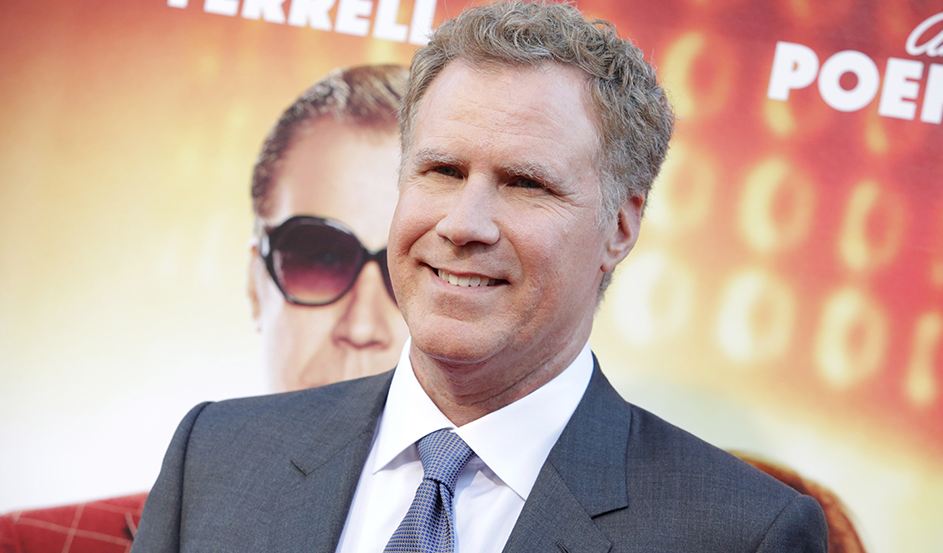 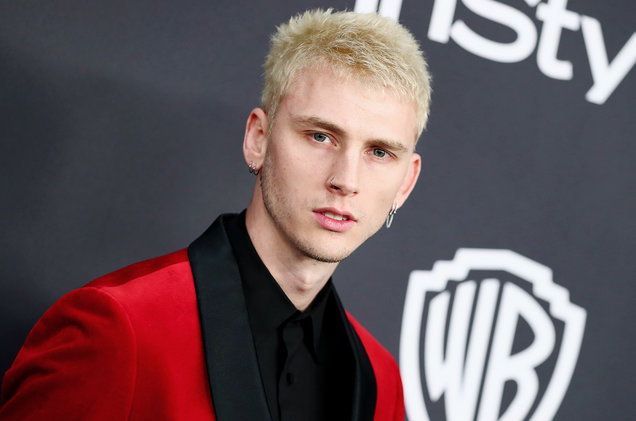 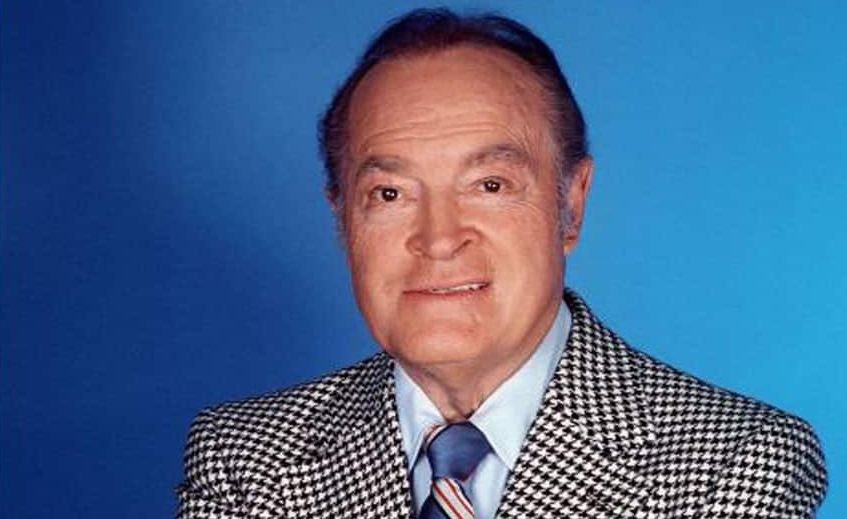 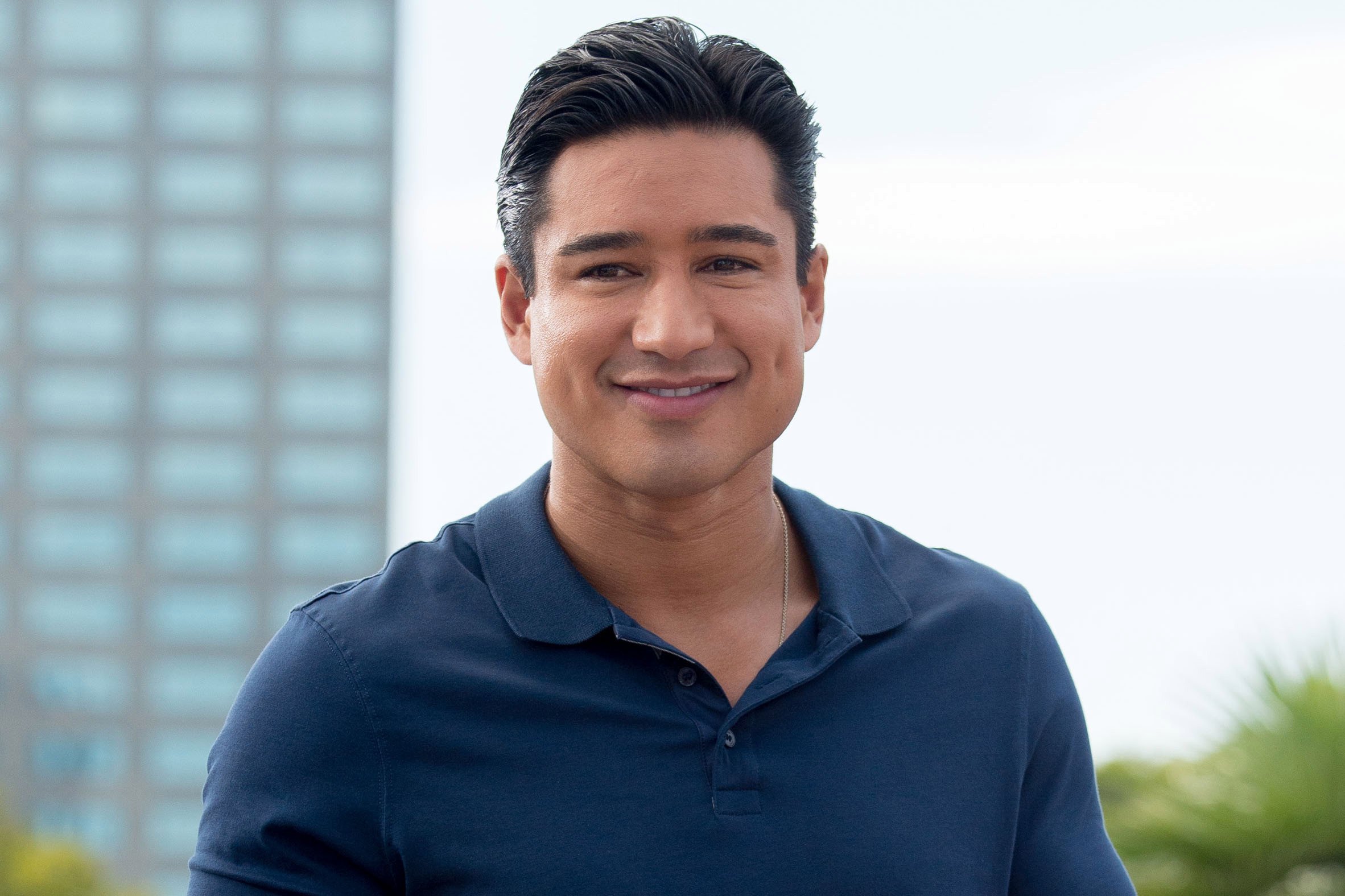 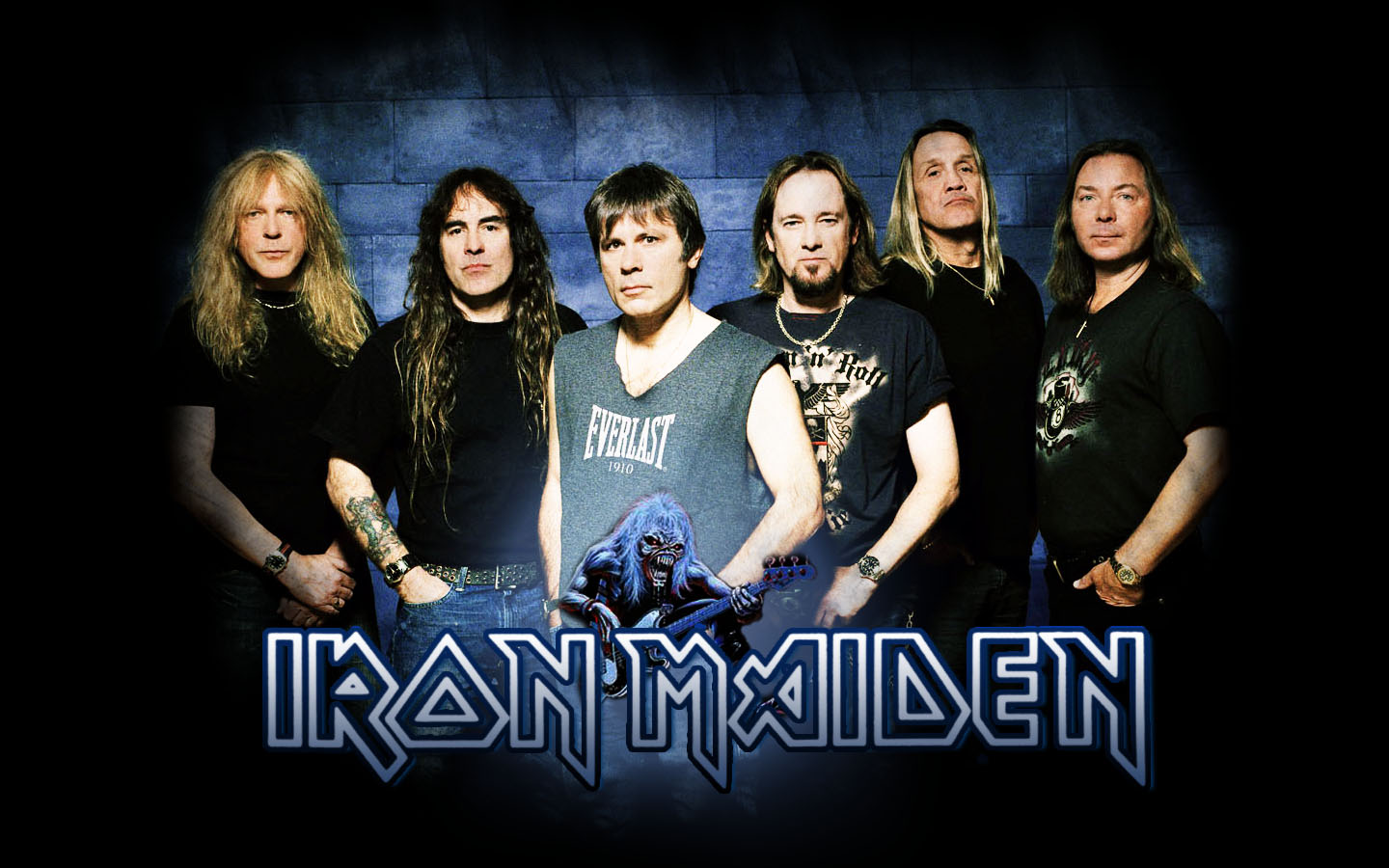