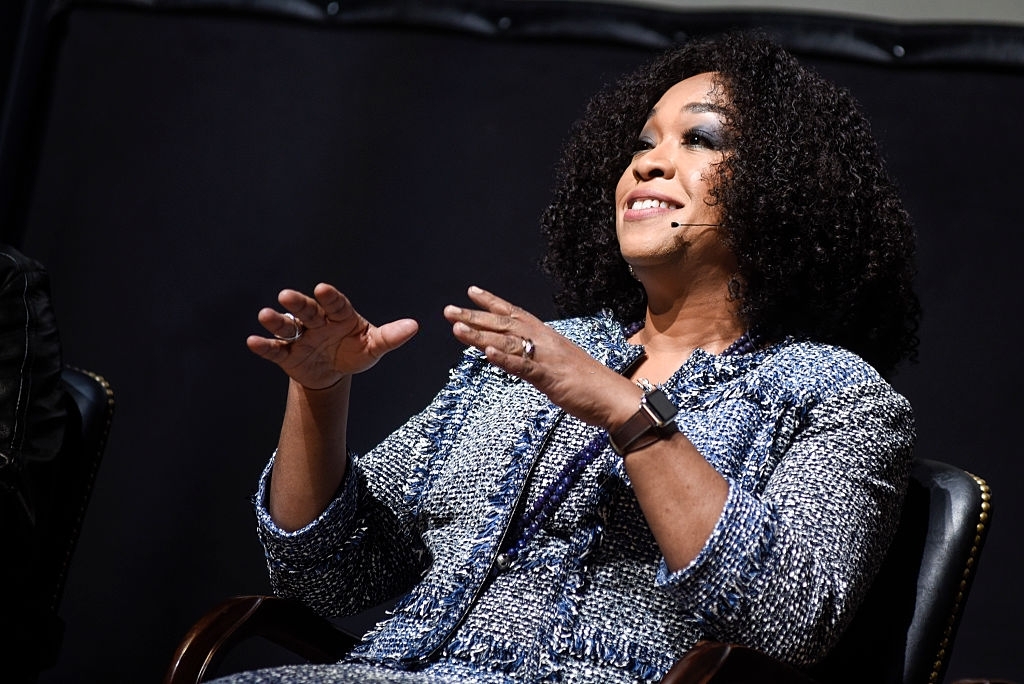 Shonda Lynn Rhimes was born on the 13th of January, 1970 to Vera and Ille Rhimes Jr in Chicago, Illinois. She was the youngest of six children. Her father was a college professor while her mother was a university administrator.

Her mother, Vera attended college while simultaneously raising her all her children and earned herself a PhD degree. Her father later became the Chief Information Office of the University of Southern California. She lived in the Park Forest South, in Illinois with her parents and siblings.

From a young age, she displayed an affinity for storytelling. She worked as a hospital volunteer while in high school which sparked her interest in hospital environments.

She attended the Marian Catholic High School in Illinois and later Dartmouth College where she majored in English and film studies.

While in school she joined the Black Underground Theater Association which lead to her splitting her time between directing, performing and writing. She graduated from Dartmouth in 1991.

After college, she relocated to San Francisco and started working in McCann Erickson, a global advertising firm. Shortly after, she relocated to Los Angeles and began studying screenwriting at the University of Southern California where she was the top of her class, earning her the Gary Rosenberg Writing Fellowship.

She got her masters degree from the USC School of Cinematic Arts. While still studying at USC, she began interning with Debra Martin Chase, a film, and television producer, who served as a mentor to Shonda.

Shonda Rhimes is currently unmarried and as such does not have a partner. The television producer has also simply never been married or divorced.

Though she has set out not to make finding ‘Mr Right’ a goal in her life.; she has, however, been in a few relationships over the years but she has admitted that she doesn’t think marriage is in the cards for her. She does have three daughters though.

She adopted her first daughter in 2002 but waited until 2012 to adopt her second daughter. She had her third daughter in 2013, though gestational surrogacy.

Shonda has also served as a producer on other television shows such as Off The Map, The Catch and How To Get Away With Murder.

In 2015, Shonda published Year of Yes: How to Dance It Out, Stand in the Sun, and Be Your Own Person, her first book and memoir.

As expected, the book became an instant New York Times bestseller. In 2017, she signed a four-year development deal (estimated at around $100 million) with Netflix, making all of her next productions ‘Netflix Originals’ for the duration of the deal.

Some other notable Netflix Originals include Stranger Things, House Of Cards, 13 Reasons Why, Sense8 and A Series Of Unfortunate Events. Safe to say, Shonda’s shows are about the join a league of some of the best televisions shows available right now.

In 2007, she was included in TIME magazine’s list of 100 People Who Help Shape the World.

Shonda Rhimes presently has a total net worth of $120 million. The TV producer has worked hard and has spent decades in the industry building a respectable name for herself. With several hit shows under her belt and several more on the way, we can safely say that she deserves every penny of her net worth seeing how hard she has worked for it.