Shawn Mendes Net Worth – Shawn Mendes is a Canadian singer and songwriter who attracted a huge following in 2013 when he started posting song covers on the now-defunct video sharing application known as Vine. He attracted huge attention as his fan base grew exponentially.

This led artist managers like Andrew Gertler and Island Records A&R Ziggy Chareton to notice him. He subsequently signed a contract with the record label. He made even better songs in 2015 and 16 respectively when he released his hit songs titled Stiches (2015) and Treat You Better (2016). Shawn Mendes was born on August 8, 1998, in Pickering, southern Ontario, immediately east of Toronto in Durham Region of Canada as the son of Karen and Manuel Mendes. His birth name is Shawn Peter Raul Mendes. The celebrity’s mum Karen works as a real estate agent while his father Manuel is a businessman who sold bar and restaurant supplies in Toronto, Canada. His father is Portuguese from Algarve, as his parents (Shawn’s grandparents) moved to Canada from Lagos, Portugal, while his wife (Shawn’s mother) is English.

Shawn has a younger sister named Aaliyah Mendes who was also raised in Pickering, Ontario, where she attended Pine Ridge Secondary School, same school Shawn Mendes attended. Aaliyah Mendes is also an upcoming celebrity if she will consider carving out a career in what she does today for fun. She had a Vine account that was followed by more than 250, 000 Viners, that is to tell you how good her singing is even as a kid.

Many people have often asked who this handsome whizz-kid has as his girlfriend or better still, which girl is he interested in but seems not have secured his spot in her love life. Well, he has been the subject of many public inquiries on his relationship status but after each attack, he comes out victorious or rather creates room for more questioning and assumptions from the caring/inquisitive public.

Don’t’ worry, we kept a close watch on this and will tell you all you need to know about Shawn Mendes and girls.

He was linked to have dated Camila Cabello after their collaboration in making their 2015 hit song I know what you did last summer. Shawn and Camilla were seen in public severally and most people concluded convincingly that they were dating when the duo published photos they took together on social media.

The public was almost closing their quest on his relationship status not until Shawn Mendes came out to say he didn’t have a girlfriend. For real, he did say that. Then what has Camilla been to him all this while?

Well, Camilla didn’t make any comment in this regard as the news went round much to the amazement of his loyal fans. People kept on asking again, who is the girlfriend of this Mr Handsome?

We don’t know yet, maybe we may find out before we are done writing this piece. However, bear in mind that at other times, Taylor Swift, Chloe Grace Moretz, and even Katy Perry were all rumoured to have taken numbers on Shawn Mendes’ golden dating list.

There is a popular Hailey Baldwin, an American model and television personality, daughter of actor Stephen Baldwin is said to be his current girlfriend. 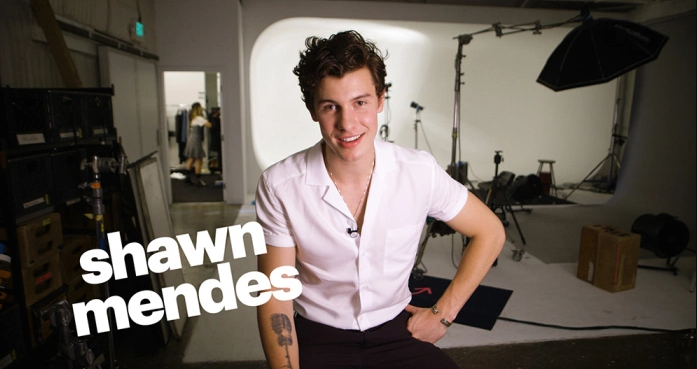 Shawn Mendes first claim to fame was the creation of short clips of famous songs that he posted on Vine. He never looked back after this initial success and with the help of his record producer released his first single ‘Life of the Part’ in 2014.

Alongside Austin Mahone, they undertook a nationwide tour which proved to be very popular. In early 2015, Mendes’s fame grew further when he released his new album-‘Handwritten’ which skyrocketed to the top of the Billboard 200 chart selling over 100,000 copies in its first week.

Being a rapidly rising young star, Shawn Mendes has also been involved in several controversies. To promote the sales of his album, ‘Handwritten’, Shawn Mendes encouraged people to buy the album from the stores directly rather than online for a small chance to meet him.

Shawn Mendes net worth is $12 million dollars which comes largely from the success of his music.