At the age of 16, Amanda Dawn Cornett (Mandy Teefey) gave birth to Selena Gomez. She grew up in Grand Prairie, Texas. Amanda and Ricard Gomez were divorced when Selena was 5 years. After separating from husband Amanda moved to Los Angeles with Selena.

In Selena Gomez childhood, her family faced a lot of financial problems, her mother was just 21 years old when her father left the family, At that age, Selena’s mother had to support herself and take care of Gomez too and there was no other support except her grandparents. Selena Gomez grandparents played important role in her career upbringing. 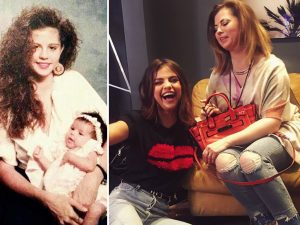 Gomez mother Amanda Dawn (Mandy) was an actress. Her childhood, Selena accompanied her mother to the studios and shooting scenes. By seeing her mother, Gomez gradually developed her interest in acting. 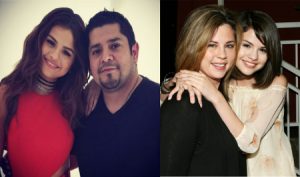 Below are Selena Gomez Siblings:

Scarlet is Selena’s half-sister and the first daughter of Mandy and Brian Teefey. Unfortunately, the girl was born 5 months before the term and doctors couldn’t save her life. She died several days after her birth.

Victoria Gomez is Selena’s half-sister from her father’s side. She looks like Wizards of Waverly Place star Selena Gomez and takes dancing lessons in her 4 years old. Sel fan’s hope, that her little sister Tori would become an artist too.

Gracie was born in one of LA clinics in June 2013. The girl has become a special gift not only for 37-year-old Mandy and her husband Brian but also for Selena, who had always dreamed about having a sibling. Now Sel likes to play with her cute half-sister and from time to time shares photos with Gracie. 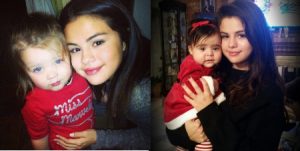 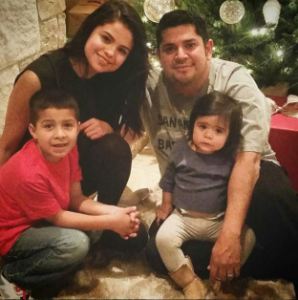 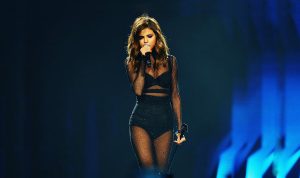 Mandy had taken Selena to various auditions, Selena was selected for a role in television series Barney & Friends. This series was run for two years after this Selena did a cameo role in the film Spy Kids 3D: Game Over. In 2006 Gomez made a guest appearance in Disney Series The Suite Life Of Zack & Cody.

In 2007 Selena Gomez got her career turning chance from Disney, She was selected in the series Wizard of Waverly Place and Selena played the lead character of Alex Russo. This series became a biggest hit and Selena got wider attention. For this series, Gomez recorded a theme song “Everything is not what it Seems”.

Meanwhile, she gazed her interest in music and songs gradually. In 2008 Selena played leading role in the comedy film Another Cinderella Story and she recorded three songs for this film. The same year Selena did her first voice role in the animation film Hortons Hears a Who.

She has given her voice to many famous animation characters in films such as Hotel Transylvania, Arthur and the Revenge of Maltazard and its sequels.

In 2009 Selena Gomez released her first album Kiss & Tell and then she is unstoppable, she released her next albums A Year Without Rain, Where The Sun Goes Down. As a solo artist, she released two albums Stars Dance and Revival. Her songs went to under top ten positions on Billboard. 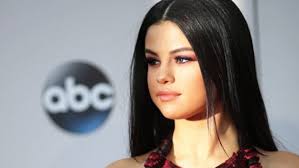 She said she is influenced by singers Cheryl Cole, Britney Spears, Rihanna, Beyonce, and Christina Aguilera.
In 2017 Gomez released single’s “It ain’t me”, “Bad Liar”, “Fetish”. According to the Billboard report, Selena Gomez albums sold more than 7 million and her singles sold over 22 million.

In 2009 Selena Gomez was selected as the ambassador for UNICEF. She became the youngest (Just 17 years old) ambassador ever in the UNICEF history.

Apart from movies and singing Selena Gomez was a shrewd businesswoman. Gomez interest in fashion is very special and she became a fashion icon for many people. She launched her own clothing brand “Dream Out Loud”, She released a fragrance with her name “Selena Gomez by Selena Gomez” and another fragrance Vivamore. 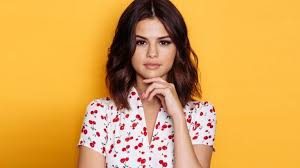