Scottie Pippen Net Worth – Scottie Pippen is a retired professional basketball player of America who used to play in the National Basketball Association. He is best known for his time with the Chicago Bulls. He has played alongside Michael Jordan on six Chicago Bulls Championship teams.

Scottie Pippen was born as Scottie Maurice Pippen on 25 September 1965, in Hamburg, Arkansas, USA. His nationality is American and ethnicity is African-American.

He attended Hamburg High School. He played as a point guard for his school’s team and led his team to the state playoffs and earned all-conference honors as a senior.

After high school graduation, he attended the University of Central Arkansas in Conway and played for the University’s team. He did not receive much recognition in college because the school played in the NAIA.

Scottie Pippen has been married twice in his life. His first wife was Karen McCollum. They were married in 1998. The couple together had a child. They stayed together for over seven years and they divorced in 1995.

After that, he got married to the famous American model and television personality, Larsa Younan.

They started dating each other back in 1995 and after being together for over two years, they got married on July 20, 1997. They together had three sons and a beautiful daughter named Justin Pippen, Preston Pippen, Scotty Pippen Jr., and Sophia Pippen.

After being together for 19 years, he filed for divorce in 2016. However, a year after filing for the divorce, Scottie decided to dismiss the petition for a split. 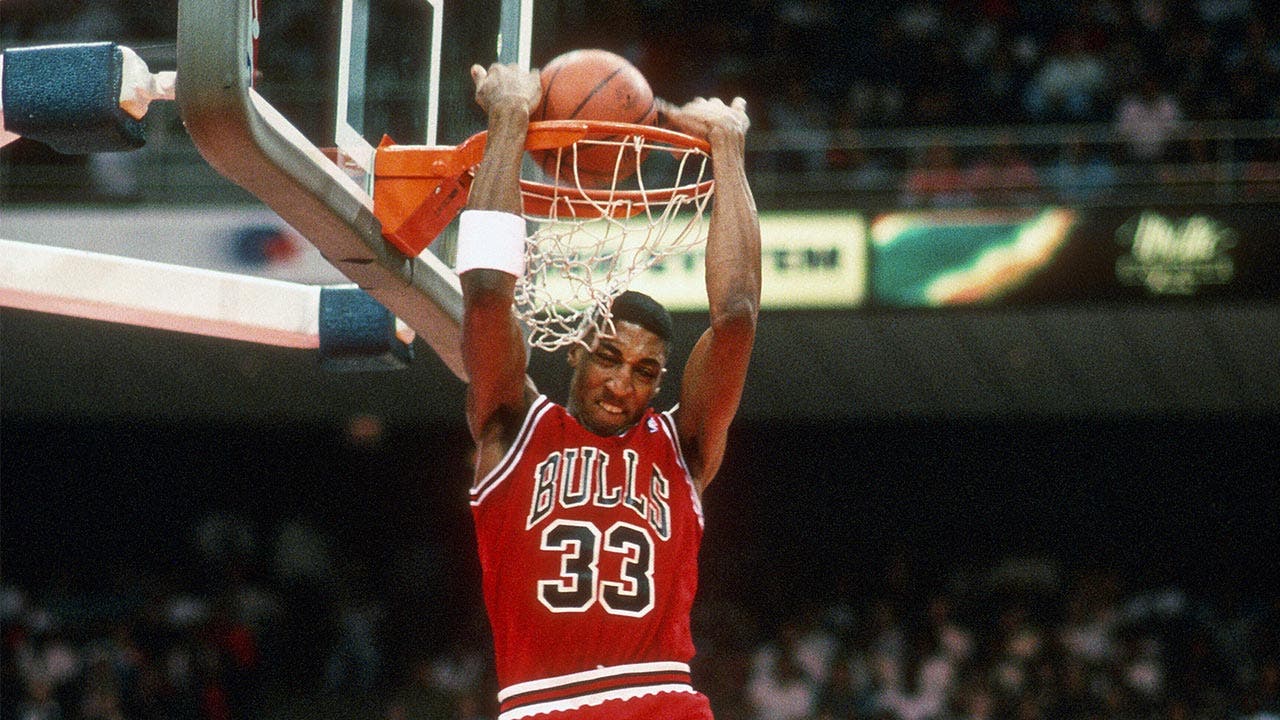 Pippen began his professional career as a basketball player in 1987. He was selected fifth overall in the 1987 NBA draft by the Seattle SuperSonics and traded to the Chicago Bulls for Olden Polynice and a future draft pick options.

He made his NBA debut in November 1987. In the 1990–91 NBA season, Pippen emerged as the Bulls’ primary defensive stopper and became a vital member of the team.

In September 1991, he was selected for the United States men’s Olympic basketball team to represent the United States of America at the 1992 Summer Olympics in Barcelona. He won the NBA World Championship six times with the Chicago Bulls. He left the club in 1998 and joined Houston Rockets. After playing with the club for two years, he joined the Portland Trail Blazers in the 1999–2000 NBA season.

Scottie left the Portland Trail in 2003 and returned to Chicago Bulls. He played for the club for two years and retired in October 2004. He is considered one of the 50 greatest players of all time and was selected in 1996 as one of the “50 Greatest Players in NBA History”.

This popular basketball player has made a huge fortune from his professional career. he is living a lavish life with a net worth of $50 million.