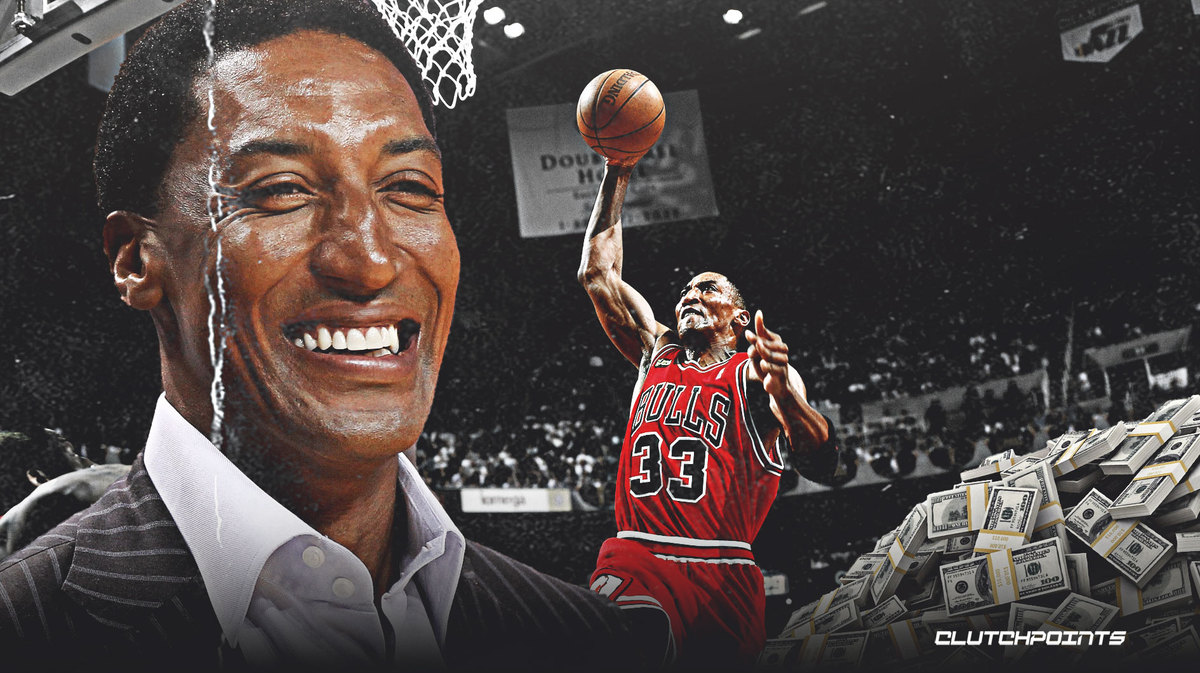 Scotty Pippen is a retired basketball player who played in the NBA for 17 seasons. In his 17 seasons of basketball in the NBA, Pippen played for about four teams.. He is most recognized for his stint at the Chicago Bulls, where he was one of the notable stars in a prolific Chicago Bulls squad led by Michael Jordan, that claimed 6 NBA Championships. Let’s take a look at Scottie Pippen Net Worth details. 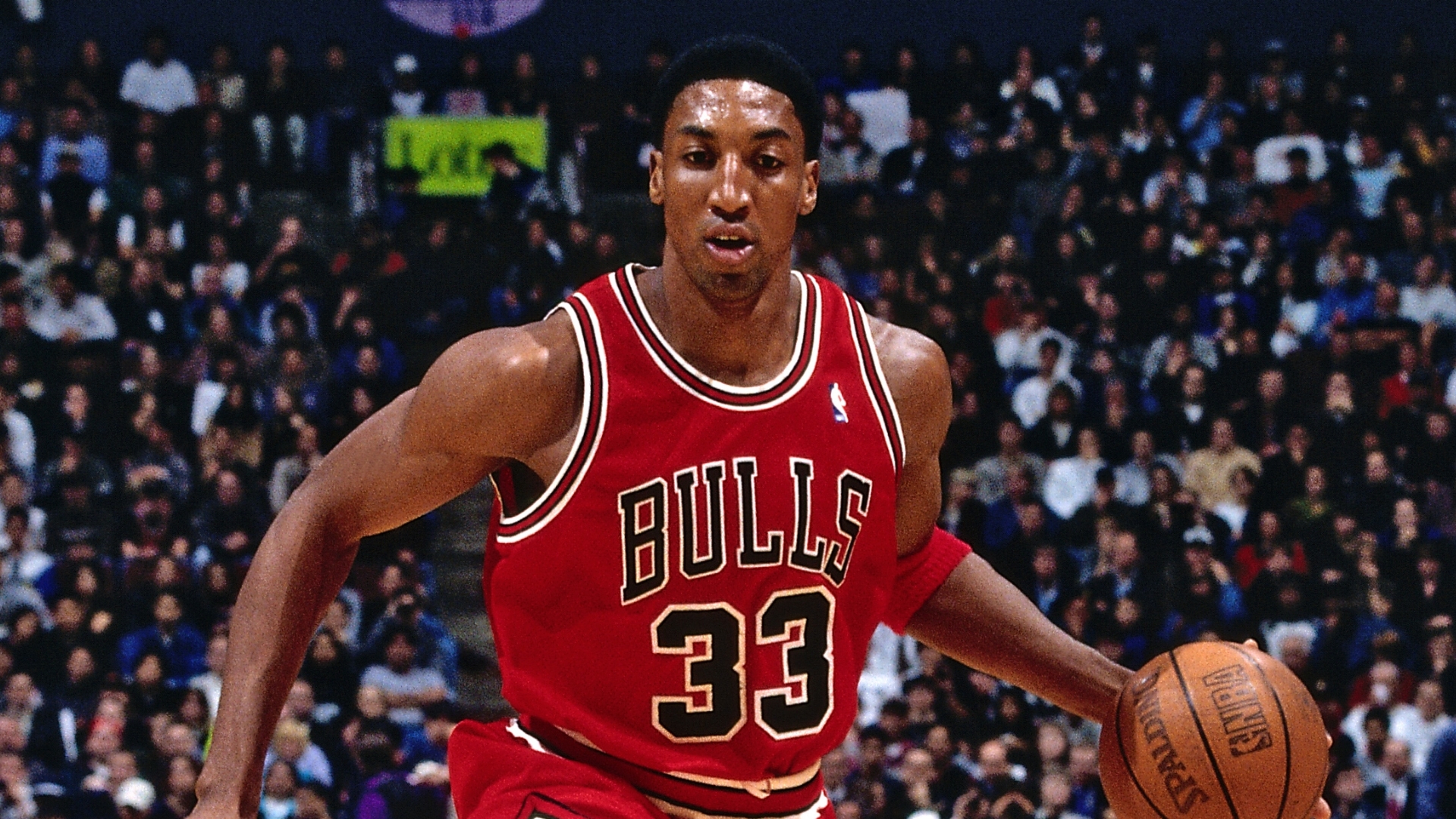 Working correctly with Michael Jordan, Pippen’s defensive skills gave Jordan enough time to focus on the offense rather than the defense.

He is recognized for being one of the best defensive players in the history of the NBA.

Aside from defending, Pippen possesses a knack for jump shots. His ability to accurately convert jump shots from an angle made him an exceptional star.

Pippens fusion with Michael Jordan was the height of his career achievement, as he did not replicate or win any NBA Championship, without Michael Jordan on the court.

As it is widely known, the sporting scene is a rich gold mine. The retired professional basketball player played 17 seasons in the National Basketball Association( NBA) showcasing unmatched talent.

His endeavors in the sport have increased his net worth. Scottie has made it to several teams as a player and received several recognitions.

The former NBA star’s basketball career began back from his childhood life. He used to play in school and even led his high school team to the state playoffs that earned them all-conference honors. So how much is Scottie Pippen net worth?

Scottie Pippen went on to college after high school. Unlike many basketball stars, he was not recruited by any University and thus had to finance his education in the absence of a basketball scholarship.

He spent four years playing college basketball but received little attention because the University of Central Arkansas competed in the National Association of Intercollegiate Athletics (NAIA) rather than in the NCAA.

His performance in his last season of college basketball, which saw him receive NAIA All-American honors, turned NBA scouts to his direction.

He entered the 1987 NBA Draft as the draft’s fifth overall pick by the Seattle SuperSonics. In a pre-arranged deal, Pippen was traded to the Chicago Bulls.

In August 1987, he signed a four-year deal worth $2.83 million with the Bulls. During his first four seasons at Chicago, he and Jordan became close.

The two often practiced together, and Pippen, under the mentorship of Jordan, developed new tactics that earned him his first All-star game in 1990.

Following Jordan’s retirement in the 1994 and 1995 seasons, Pippen emerged as the leader of the Bulls squad, where he earned good performance, which was not enough to defend their NBA Championship.

He, however, recorded individual achievements such as his 1994 NBA All-star game MVP award.

Following Jordan’s return for the 1996 season, he continued his partnership with him and earned three more successive NBA Championships to his name.

Jordan retired a second time after the 1998 NBA Championship win, and Pippens was traded to the Houston Rockets, where he signed a five-year deal worth $67.2 million.

He spent just a season at Houston before he was traded again to the Portland Trail Blazers.

He remained at Portland until 2003 when he decided to return to the Chicago Bulls after signing a $10.3 million deal for two years. Pippen played for the Bulls until his retirement in October 2004.

Scottie Pippen entered the NBA when he was selected by the Seattle SuperSonics in the 1987 NBA Draft.

Later on, he was traded to the Chicago Bulls where he played with the renowned Michael Jordan. Jordan’s retirement before the start of the 1993-94 season gave Pippen a big break.

The best regular season of the Chicago Bulls occurred when Jordan returned together with Dennis Rodman in the 1995-96 season.

After playing with the Bulls for 11 seasons, he was traded to the Houston Rockets, then to Portland Trail Blazers.

Before the 1993-94 season, Pippen signed in with the Bulls once again. Not long after, he announced his retirement.

Five years after his retirement from basketball, Pippen returned to Bulls as the team ambassador. In 2012, he was hired as the senior advisor to Bulls’ COO and President.

His worth, which is a vast contrast compared to that of Bulls teammate, Michael Jordan, has been questioned by fans as they wondered why the star worth that low, considering that he earned more in salary than Michael Jordan. 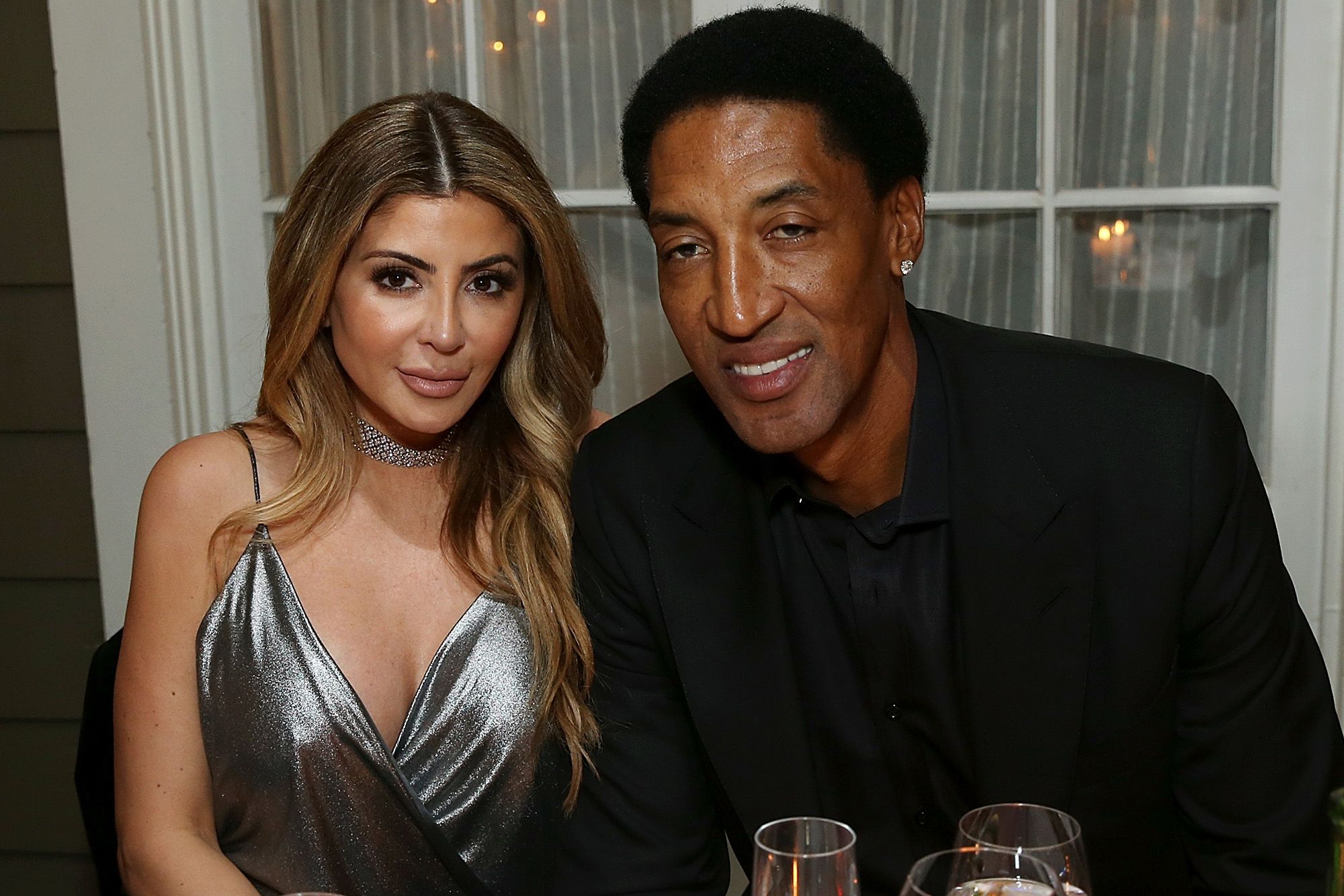 But unlike Jordan, Scottie’s endorsement deals couldn’t match that of Jordan, who makes millions from his Air Jordan’s Royalty annually.

Aside from that, Scottie faced a financial mishap following the collapse of his various business ventures.

His business adviser, Robert Lunn, with whom Pippen had invested about $20 million, was sentenced to prison over fraud.

Among the several fraudulent acts Lunn committed, one is notable. He forged Scottie’s signature to secure a $1.4 million loan.

Pippen also bought a Gulfstream jet for $4 million in 2004. The plane had a faulty engine, with repairs costs as much as $1 million, and still, it never took off.

He ended up suing his lawyer for not inspecting the jet and was awarded $2.37 million for damages. Pippens has significantly been unfortunate in his business dealings, which has had a massive impact on Scottie Pippen Net Worth.