Ryan Reynolds Siblings Net Worth – The youngest of four children, Ryan Reynolds is one of those stars who didn’t have their stardom handed down by famous parents.

Of course, he was drawn to acting from an early stage but it wasn’t a walk in the park for him as he had to give up at some point. Though the Canadian actor who was raised a Roman Catholic failed in his drama class in high school, he didn’t relent in going after his dreams.

With his unusual flair for comedy, Ryan started out in television and has since become one of the most popular movie stars in Hollywood, surpassing many aspiring actors of his generation.

The Canadian hunk was born Ryan Rodney Reynolds on October 23, 1976, in Vancouver, British Columbia, Canada. He has an Irish ancestry and wasn’t born into a celebrity home. His father, James Chester “Jim” Reynolds was a food wholesaler while his mother, Tammy was a retail salesperson. Also, two of his elder brothers worked as policemen in the British Columbia.

Ryan graduated from Kitsilano Secondary School in Vancouver in 1994 and attended Kwantlen Polytechnic University, also in Vancouver which he dropped out from.

Ryan Reynolds has three elder brothers – Terry Reynolds, Jeff Reynolds and Patrick Reynolds. He’s the youngest of them all.

The actor dated Canadian singer, Alanis Morissette, from 2002 to 2007 when they called it quits. He started dating Scarlett Johansson and they got engaged in 2008 and married in September 2008. However, the marriage only lasted till 2010 though their divorce was finalized in 2011.

His past experience with love didn’t discourage him until he found his current wife, Blake Lively, in 2010 while filming “Green Lantern”. The two started dating immediately and the chemistry between them was enough to make them walk down the aisle on September 9, 2012, near Charleston, South Carolina. They have two daughters – James, born in December 2014 and Ines born in September 2016. 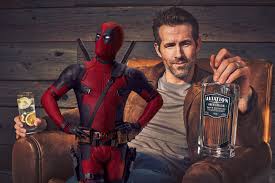 His career as an actor started in 1993 when he got a role at the age of 12, marking his first professional acting job. He was cast in a Canadian teen drama which was first called Hillside and later renamed Fifteen when it was aired in the United States by Nickelodeon. The show ran from 1991 to 1993 and didn’t give Ryan the attention he was looking for. After the show ended, he starred in several Canadian TV sitcoms and played small roles in TV films to make ends meet. Still, the limelight didn’t find him. Thus, the lack of success forced him to return to Vancouver with the decision to quit acting.

Nevertheless, Ryan ran into a fellow Vancouver actor and friend, Chris Martin, who motivated him and they both decided to go to LA to live their American dreams. LA was kind to him as he landed some roles, mostly in small screen productions, such as “My Name is Kate” (1994), “Sabrina the Teenage Witch” (1996-2003), and “In Cold Blood” (1996). He also appeared in films like “Coming Soon”, “Dick” and “Finder’s Fee” and played a recurring role for 13 episodes in the TV series “The Odyssey”.

In 1998, he was cast in the lead role of Michael “Berg” Bergen in the TV series “Two Guys and a Girl”. The series continued till 2001 and had 81 episodes. His performance in “Buying the Cow” (2002) finally caught the attention of Artisan Studios, which offered him the title role in “Van Wilder” the same year.

For the most part, Ryan gradually worked his way to the top and remained there. His acting prowess has earned him several accolades including – the Next Generation Male Award; the Man of the Year Award in 2003 and 2017 respectively; the Choice Movie Scary Scene award; the People’s Choice Award; the Critics’ Choice Movie Award and was declared the Entertainer of the Year 2016. He also received the iconic star on Hollywood Walk Of Fame in 2016.