Ryan Gosling Family, Siblings and Net Worth – Ryan Gosling is a Canadian actor known for his starring roles in such films as ‘The Notebook,’ ‘Blue Valentine,’ ‘La La Land’ and ‘Blade Runner 2049

Ryan Gosling Family and Net Worth 2019 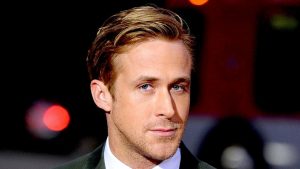 Ryan was born in London, Ontario, on November 12, 1980 to parents Thomas and Donna Gosling. His father’s job as a travelling salesman for a paper mill meant the family – which included older sister, Mandi – moved frequently, until the siblings’ parents called quits on the relationship and divorced.

“I had a difficult time,” admits Ryan of the family’s peripatetic lifestyle, which involved “many schools” and “many teachers”. With her son frequently bullied and struggling with reading and writing, Ryan’s mother enrolled him in a special education class before taking him out of the education system completely in favour of home schooling.

The aspiring actor first demonstrated a knack for showbiz when he and Mandi formed a musical partnership to perform at local talent shows. But the break that would set his career on a whole new path came when he auditioned for the Mickey Mouse Club in Montreal. And after Ryan was chosen over 17,000 other hopefuls also desperate to land a place on the Disney show, things began to look up

In 2006, he appeared in the drama film ‘Half Nelson’ which revolved around the story of a school teacher who forms a relationship with one of his students. Gosling was nominated for an Academy Award for his role in this critically acclaimed film.
His role as Lars in the 2007 comedy drama ‘Lars and the Real Girl’ was critically appreciated. He played a quirky man who develops a romantic attachment with a life-size doll much to the amusement of the other people around him.
Gosling is also a musician. He formed a rock duo with Zach Shields in 2007 and released their first album, ‘Dead Man’s Bones’ in 2009. He contributed vocals, piano, guitar, bass guitar and cello to the album.
In 2010, he appeared in the romantic drama ‘Blue Valentine’ which follows the story of a married couple from the time of their courtship to the dissolution of their marriage several years later.
He appeared along with Steve Carell and Julianne Moore in the romantic comedy drama ‘Crazy, Stupid, Love’ in 2011. The film received positive reviews and was a success at the box office too.
He played the role of Sergeant Jerry Wooters in the action crime ‘Gangster Squad’ in 2013 which was loosely based on the story of Los Angeles Police Department officers and detectives.
In 2014, he dabbled into the field of direction and his debut venture ‘Lost River’ competed in the Un Certain Regard section at the 2014 Cannes Film Festival. The film received poor reviews. 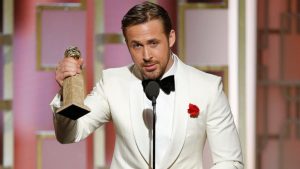 He won fourteen Choice Awards in 2005 for his role in ‘The Notebook’, including Choice Movie Breakout Performance – Male.

In 2006, he received the Best Actor Award at the Las Palmas Film Festival for the movie, ‘Half Nelson

Ryan Gosling is a Canadian actor, director and writer who has a net worth of $60 million dollars.