Roxie Roker Son and Net Worth – Usually, in order for a musician to be able to appeal to a specific audience, they tend to focus on one genre or at least genres that are closely similar. This, however, was not the case for Lenny Kravitz who found a way to incorporate elements of rock, blues, soul, R&B, funk, jazz, reggae, hard rock, psychedelic, pop, folk, and ballads to his music. Because of this, the Bahamian-American musician found it hard to find a record label to call home, as he was told that his music was not “black enough” or “white enough”.

Despite this, Kravitz still forged ahead to create his specific blend of music that later sparked a bidding war between labels like Warner Bros, Elektra, Geffen, Capitol, and Virgin. The boy who started off as a three-year-old boy banging on pots and pans in the kitchen eventually signed with Virgin Records in January 1989.

His debut album, Let Love Rule, which was a combination of rock and funk with a 1960s vibe, was released on September 6, 1989, to a mixed critical reception. The album sold moderately in the US but was an instant hit in Europe. 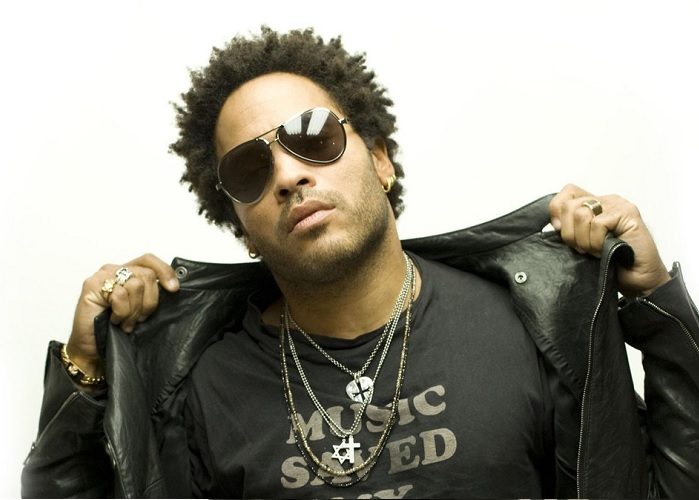 Kravitz was previously married to actress Lisa Bonet. The pair met each other at the backstage of a New Edition concert in 1985 and became friends. They maintained a close friendship for about two years before falling in love and eloping on November 16, 1987, to Las Vegas. About a year after their wedding, on December 1, 1988, the couple welcomed a daughter they named Zoe Isabella Kravitz who is now an actress and singer. The pair remained together until 1993 when they amicably parted ways. It is not clear what happened between the two but they have either way remained good friends.

Since his divorce from Bonet, Kravitz has not exchanged marital vows with anyone, although he has been in some noteworthy relationships. Some of his known girlfriends are French singer Vanessa Paradis who he dated in the 90s before moving on to Brazilian model Adriana Lima in the early 2000s. In 2002, the pair announced their engagement which was later called off a year later. Kravitz then briefly dated Australian actress Nicole Kidman in the mid-2000s and was also engaged to her.

Lenny Kravitz’s new found success and fame helped him diversify and launch his careers as a record producer and songwriter. He notably produced and co-wrote the song “Justify My Love” for Madonna and also produced the self-titled album for French singer and actress Vanessa Paradis. Other notable acts which he worked with include Al Green, Curtis Mayfield, Aerosmith’s Steven Tyler, Mick Jagger among many others.

Based on reports from several authoritative sources, Lenny Kravitz has an estimated net worth of about $50 million. The four-time Grammy Award winner was able to amass his huge wealth through his successful music career that has seen him sell millions of records and merchandise while selling out stadiums and arenas whenever he goes on tour. He has also earned a good chunk from his appearances in movies and TV series over the years.

Like any smart man would do, Kravitz launched a business that would help sustain his wealth instead of solely relying on his career. In 2003, he launched an interior and furniture design company called Kravitz Design Inc. Some of the company’s famous clients include Swarovski Crystal, Morgans Hotel Group, and The Setai Group.