Roger Stone Net Worth 2020– Roger Stone is a man whose influence cannot be denied in the American political scene. He has been an active participant as a political consultant, lobbyist, strategist and conspiracy theorist well known for his use of Opposition Research for Republican candidates. 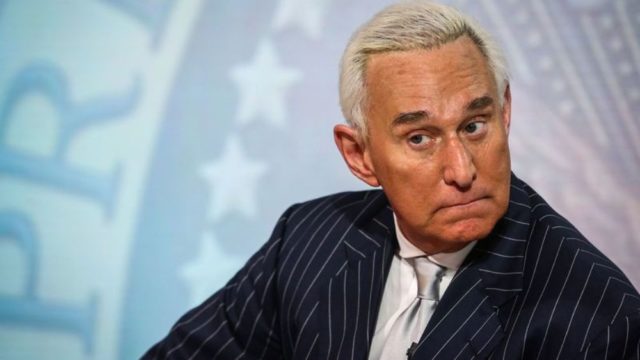 The Political Consultant was born on August 27, 1952, in Norwalk, Connecticut as Roger Jason Stone Jr. His childhood and teenage years were spent in Lewisboro, New York and he attended high school in Nothern Westchester Country, New York.

He got admission to George Washington University where he continued his education and pursuit of politics. Since politics was a central part of Roger Stone’s life while he was growing up, he knew tricks with which he manipulates results in his favor.

However, he claimed that everything he did between then and now was not illegal. As a junior and the vice president of the student government in high school, he successfully maneuvered his ways and became president during his senior year.

He is known for being one of President Donald Trump’s closest advisers, surrogates and strategists. Over the last four decades, Roger has been involved in political campaigns involving prominent Republicans such as Richard Nixon, Ronald Reagan, George H.W. Bush, George W. Bush and more.

He was a co-founder of the lobbying firm Black, Manafort, Stone and Kelly which famously represented the lobbying interests of some very controversial foreign regimes such as Filipino dictator Ferdinand Marcos and Congolese dictator Mobutu Sese Seko. Over the years Roger has himself been a controversial figure.

Many of the most outlandish accusations about a political opponent are said to originate from Roger. He was one of the main figures pushing the narrative that Hillary Clinton has Parkinson’s disease. Roger was also the source behind a National Enquirer story about Ted Cruz having 5 extramarital affairs.

For all the rumors and conspiracy theories flying around about Roger Stone’s sexuality and whether or not he is leaning towards the same sex, the Political consultant guru has been married twice, and it seems the magic happened on the second try.

He was first married to Anne Wesche in 1974 and all seemed to be going well until they got divorced in 1990.

Two years later, he gave matrimony a second try and tied the knot with Nydia Bertran and as far as we can tell, the couple is happy and there is no news of a divorce anywhere in site. This would also prove that he is straight and by no means gay.

Roger Stone is an American political strategist, lobbyist and author who has a net worth of $50 thousand.