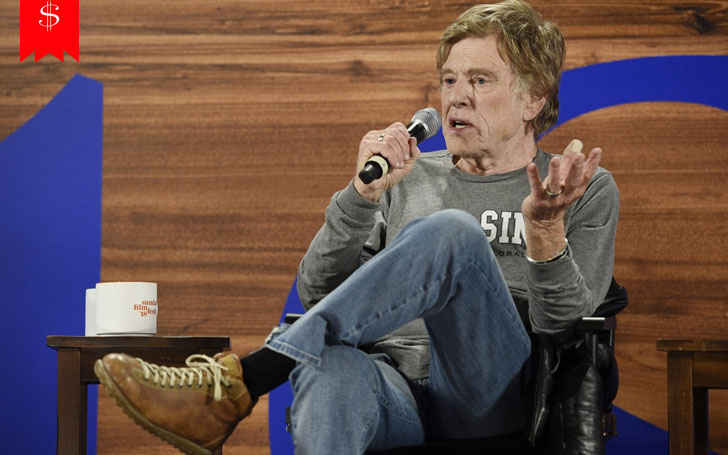 Robert Redford Net Worth – The name Robert Redford is a revered one in the American film industry and indeed all over the world were film acting, directing and production are all cherished.

In addition to his many works on television, the actor is also an entrepreneur and the founder of the largest independent film festival in the United States – Sundance Film Festival. 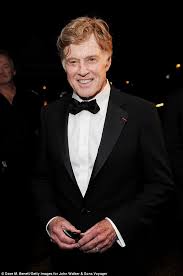 He has a stepbrother whose name we obtained to be William Redford.

Growing up, Rob attended Van Nuys High School where he graduated in the year 1954, a year before his mother died of septicemia (blood poisoning, caused especially by bacteria or their toxins).

As a young kid/man, Robert Redford excelled mainly in sports: baseball, football, tennis, track, and field while he admittedly foundered at other things. 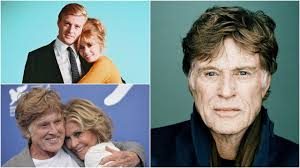 On the 12th of September 1958, Robert Redford married his then-girlfriend Lola Van Wagenen who dropped out of school to be with him. Together, the couple had 4 children of which 3 are surviving.

Their first child Scott Anthony (born September 1, 1959) died two and half months after he was born as a result of infant death syndrome. Next came Shauna Jean (born November 15, 1960) who grew to become a painter; David James (born May 5, 1962) now a writer and producer while the youngest Amy Hart Redford (born October 22, 1970) is taking after her father as an actress, director, and producer.

Sadly, the cupid arrow which struck Redford and Lola Van lost its potency as the duo divorced in 1985.

After this divorce, Sibylle Szaggars reportedly moved in with Redford into his Sundance, Utah home in the 1990s. Then in July 2009, the longtime friends got married at the Louis C. Jacob Hotel in Hamburg, Germany and have been together since then.

Throughout 2016, a regular search query that kept surfacing about our subject here and Meryl Streep was “Are Meryl Streep and Robert Redford engaged or married?”

For the much we know, the main relationship that existed between the duo is there on-screen. They first worked together on Out of Africa (1985) which turned out to be a huge success and more than 2 decades later, the duo reunited again in Lions for Lambs (2007) which however wasn’t much of a success.

Beyond this, there is no romantic relationship known to be going on between the two screen veterans. Rumors about their being an item, however, started making the rounds when a lowly rated online entertainment magazine published a supposed article with a heading suggesting that Meryl was set to marry Robert.

However, beyond that headline and the picture of the duo which accompanied the heading, there was no content describing what is leading up to their supposed marriage. 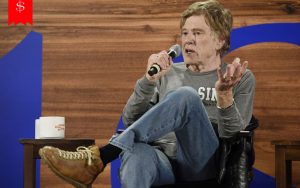 Robert revealed that his first job as a box boy in a supermarket, (where his job description was to bag items purchased by customers) was terminated not long after he started working.

Following this, he secured another job at a gas station but met the same fate. Having lost two jobs, he got into police trouble when he was busted for using other peoples’ swimming pools and stealing car hubcaps.

Following his high school graduation, Redford enrolled at the University of Colorado Boulder in Boulder where he would spend the next 18 months before he was kicked out of the school due to heavy drinking.

At this time, Robert traveled around few countries in Europe (Italy, Spain, and France) before he returned to the US and began studying painting at the Pratt Institute in Brooklyn and at other times, acting at the American Academy of Dramatic Arts in New York City.

Robert Redford made his Broadway debut in a small role in the comedy Tall Story (1959). That same year, he also was part of The Highest Tree (1959) before performing on Sunday in New York (1961).

Around this time, he began making appearances in television drama programs like The Twilight Zone, Whispering Smith, Naked City, and many others. His earliest works on television series then went on to include his role in Maverick, Lieutenant Lottboth in 1960.

Redford started the Sundance Institute which hosts the Sundance Film Festival with proceeds from his film works. The festival is the largest independent film festival in the United States which has seen thousands of attendees in any of its events.

Indeed, Robert Redford had a fulfilling career in the entertainment industry with so many career milestones. He has to his credit, a myriad number of television roles, films and movie he directed and produced as well as a slew of works he narrated.

From all this and his numerous other sources of income, the retired actor has a net worth of $170 million.