Rihanna Brothers and Sisters Net Worth – Rihanna is a Barbadian singer, songwriter, and actress. She is one of the best selling music artists of all time, and has won multiple awards over the years, including Grammy awards, and many of her studio albums going platinum.

As of 2019, Rihanna’s net worth is estimated to be $260 million, making her one of the richest singers in the world.

Rihanna Brothers and Sisters Net Worth 2019 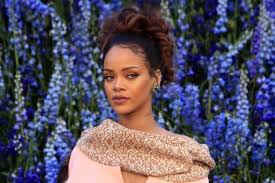 RiRi is a lucky girl, who has 2 supportive men by her side. And they are not her boyfriends or crazy fans, they are her younger brothers.

Rorrey was born in Bridgetown, Barbados just one year after the birth of his popular sister. Being a big lover of music, he started his own career in this area in 2012. Rihanna supported the young man and even gave him some cash to make his debut easier.

As for now, Rorrey boasts with a mixtape, named “Intolerable Cruelty”. He performs under the name Gallest.

Not long ago the singer bought her brother a beach house in Barbados. In addition, she helped him create his own fashion line, named Orign.

Rajad is the youngest full sibling of Umbrella performer Rihanna. The star likes the young man, whom she calls “her baby brother” through social media and tells that he is like a son for her.

RiRi’s younger brother is an Instagram star now. He has about 180, 000 followers. The boy was a primary school pupil, when his sister was on the way to her stardom. He was a frequent guest at Rihanna’s concerts and visited her at the set, when she was filming her music videos.

Rihanna’s father Ronald had numerous love affairs before his marriage to Monica Braithwaite. From one of such relationships he welcomed his oldest child Kandy. During many years Ronald didn’t stay in touch with his daughter, although Kandy lived not far from her biological father. The girl resided with grandparents. Her mother spent most part of time in UK.

Kandy got married and welcomed two daughters. Being an adult woman, she knew the name of her father. One day the young woman came to Rihanna (Ms. Fenty hadn’t become a star yet) and introduced herself as her older sister.

As for now, Kandy resides in Barbados. She is a pharmacist. The woman stays in touch with her popular half-sister. Her daughters Crystal and Brandy are Rihanna’s devoted fans.

Sam is the second daughter of Ronald Fenty, who had the kid from one-night affair. She works as a policy consultant. Samantha thinks that Rihanna and she are really alike. In fact, she was very glad to meet her younger sister Ri, because she dreamed from the earliest years to have a sister, to speak about boyfriends with her and dress her hair.

They met before Rihanna’s fame and made friends. Nowadays R&B star has a very tough schedule. Still she finds time to cross ways with her half-sister.

Jamie is Rihanna’s older half-brother and one more boy in Fenty family. He works as a graphic artist. The young man travels a lot and sees his half-sister Rih quite rarely.