Rickey Smiley Net Worth – Rickey Smiley is an American stand-up comedian, television host, actor, and radio personality. People mostly know him for his prank phone calls. In addition, he is also the host of the nationally syndicated ‘Rickey Smiley Morning Show’ which is based in Atlanta. 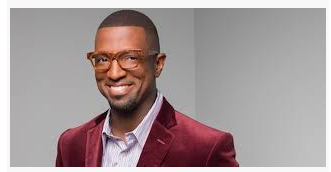 Rickey was born in Birmingham, Alabama on August 10, 1968. After the untimely death of his father, his grandparents raised him.

He had a difficult childhood but he has said that most of his early life was fun in a sense that he was surrounded by different family members.

Furthermore, a strong sense of Southern culture has been a great inspiration for his comedy, political viewpoints, and social activism. He belongs to African-American ethnicity. Additionally, he is of American nationality.

Talking about his education, Rickey attended the Woodlawn High School. Later, he graduated from there and joined Tuskegee University for a brief period of time.

Eventually, he received a bachelor’s degree in English in 1992 from Alabama State University. In addition, he is to this day a member of the Omega Psi Phi Fraternity and Kappa Kappa Psi National Honorary Band Fraternity.

Currently, Rickey Smiley is divorced. He is the father of ten children. Two of the children Brandon Smiley and son Malik Smiley are his biological children and the remaining children are stated to be adopted from his nieces and nephew. However, he has not disclosed any piece of information regarding his wife and separation from her.

Initially, Rickey displayed his comic talents at home among his family members. His first performance was at a Comedy Club in Birmingham, Alabama. Soon, he began touring with talents like jazz singer Will Downing, comedian George Wallace, and gospel singer Dottie Peoples.

Rickey began to appear in TV specials like ‘Def Comedy Jam’, ‘at the Apollo’, and ‘Snaps’, an HBO feature. In addition, he starred in the full-length movie, ‘Friday After Next’, alongside famous rapper and celebrity personality, Ice Cube in 2002.

He also hosted the 2000 season of BET’s ‘ComicView’ program. Additionally, he became the morning show personality for radio station KBFB in Dallas, Texas in April 2004. The show features the trademark prank calls, as well as news, information and the latest hip-hop music.

Later, he signed a deal with Syndicated One to take the show nationwide in 2008. ‘The Rickey Smiley Morning Show’ is now heard on a number of mainstream urban radio stations.

Some of the songs that he has released include ‘Roll Tide’, and ‘We Miss Robert’. Furthermore, some of his famous prank calls include ‘Buried Alive’, ‘Come Over’, ‘Uncle Melvin’, ‘Churches’ among others.

Rickey won the 2017 Marconi Award from the National Association of Broadcasters for best network/syndicated personality of the year. Furthermore, ‘The Rickey Smiley Show’ was nominated for the Vision Award in 2014. It had won the same award in 2013.

Rickey has not revealed his salary at present. Currently, he has a net worth of $ 2.5 million.