Reese Witherspoon Family Members and Net Worth 2019 – Reese Witherspoon is an American actress, producer, and entrepreneur. She is active in the entertainment field since 1991 and she is best known for her appearance in the films like Hot Pursuit, Gone Girl, This Means War, Walk the Line, Cruel Intentions, and Legally Blonde.

Ryan Phillippe is an American actor. People mostly recognize him for his performance as Billy Douglas on the soap opera ‘One Life to Live’. Additionally, he has also appeared in several other movies and television series including ‘I Know What You Did Last Summer’, ‘Cruel Intentions’, and ‘Shooter’.

James ‘Jim’ Joseph Toth was born in 1970 in Aliquippa, Pennsylvania. His grandfather was an immigrant from Hungary who found work at Crucible Steel in Midland, Pennsylvania, and also served in the army. His father, Jimmy Joe Toth, had a blue-collar job in a small steel town in rural Pennsylvania. He graduated with a degree in political science from Loyola Marymount University in Los Angeles, California. He is very athletic and loves to run and participate in sports.

Ava Philippe was born on September 9, 1999, to the actors Ryan Phillippe and Reese Witherspoon. She has a younger brother and two step-siblings. Her brother, Deacon Reese Phillippe, is a constant on her Instagram feed. Her stepsiblings are Tennessee Toth and Kailani Merizalde. Despite sharing her mother’s looks, Ava never wanted to be an actor. She is however extremely interested in creative arts and often posts her work on Instagram. She loves sketching, sculpting, photography, and drawing. She leads a very unassuming life and is down to earth. Ava is reserved about her private life and hasn’t revealed any information about her relationship status. However, she has been linked with Arthur Donald, Paul McCartney’s grandson.

Deacon Reese Phillippe was born on October 23, 2003 to the actors Ryan Phillippe and Reese Witherspoon. He has an older sister, Ava Phillippe who is a model. His parents divorced when he was just 3 years old, but despite this, the family ensured that he grew up in a homely atmosphere and had the love of both parents. They agreed to share joint custody of their children. As a result, Deacon is very close to his mother and father and spends quality time with each of them. The family continues to come together during major events and are often photographed together cheerfully during big celebrations. Deacon has two step-siblings: Tennessee James Toth and Kai Knapp. Deacon loves playing baseball and going to watch baseball matches in his spare time. He is also very reserved and does not speak about his personal life to the media. It is currently not known whether he is in a relationship.

Tennessee James Toth is the son of Hollywood actress, Reese Witherspoon and her husband Jim Toth. He was born on September 27, 2012, in Los Angeles, California and his birth sign or horoscope is Libra. Tennessee is the third child of his mother but the first child of his parents. He was born just one year after their marriage in March 2011. The other children of his mother, Reese Witherspoon is Ava Elizabeth Phillippe and Deacon Reese Phillippe, who she had in her previous marriage to fellow Hollywood actor, Ryan Phillipe.

Even though he – Tennessee James Toth – is still a child, he has become a celebrated little boy thanks to his parents, especially his mother’s celebrity status. He is always featured in celebrity magazines and tabloids alongside his actress mother. They have covered the front page of several high profile tabloids including People, PopSugar Celebrity, and Us Weekly. Tennessee James Toth holds  American nationality and he also belongs to white ethnicity.

Who is Reese Witherspoon Parents? 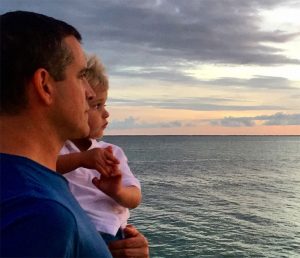 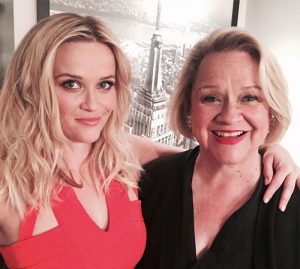 Reese is very close to her older sibling. In 2016 she congratulated the man with his birthday through Instagram. Then Walk the Line star named him “my great big brother”.

John is the first child of Betty Witherspoon and her husband. He resides in Nashville, TN and serves as a real estate agent there. When the actress comes to her home state, she always visits her sibling. Sometimes paparazzi catch them, drinking coffee and eating doughnuts together.

In early 2000s John Dixon was accused in raping attempt. The man got drunk and tried to rape his neighbor. During the court process the man confessed, he was guilty. Mr. Witherspoon got 2 years of probation.

But nowadays John is a law-abiding man and father of two daughters, Draper, and Abby James. He is happily married to Jennie Witherspoon. By the way, Reese named her clothing line “Draper James” after her nieces. Not long ago two girls posed with their mother for a new collection of the company.