Before taking up her current job, she worked as a TV producer for 12 years. She is a Rising Star Award and was listed in the Top 40 under 40 public relations professional in the US. Miller is married to Sean Spicer since 2004. 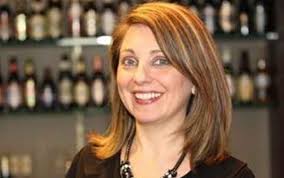 Rebecca Claire Miller was born on 23 September 1971 to mother, Sally Miller, and father, Harry Miller Jr.  Her father was the president of Miller Properties, a real estate company in Madison, Ala and her mother served as an assistant of Vanderbilt University’s director.

She was born and raised in Nashville, Tennessee, United States.  She is of American nationality and belongs to the white ethnicity.

Rebecca Miller has individually earned name and fame, but people mainly recognize her as the wife of Sean Spicer. She married former White House Press Secretary, Spicer on November 13, 2004. The pair tied the knot at St. Alban’s Episcopal Church in Washington D.C. which was attended by both an Episcopalian reverend and a Roman Catholic priest.

The couple is blessed with the two children, a daughter, and a son.  However, the name of their children is not public as Miller always keeps her children away from the media and paparazzi.

As of now, she is enjoying her happy married life with her husband and children in Alexandria, Virginia.  She is also one of those celebrity wives who kept herself away from social sites. She is not active in any of the social sites. She had an interest in journalism as a teenager.

Miller joined KTRK-TV in Houston Texas as a producer (1999-2001). Keeping the same position, she moved to Washington DC where she worked with WJLA-TV for five years. 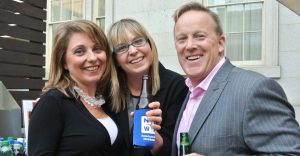 As she is hardworking and determined towards her work she has achieved various awards including the American Society of Association Executives Rising Star Award, an Emmy Award nomination following her coverage of September 11, 2001 attack and was also listed in the Top 40 under 40 public relations professionals in the United States by the PR Week magazine.

Regarding Miller’s net worth it is not public. But from the various reports, it is assumed at millions based on her working experience in various news portal and the Vice Presidency job position at Beer’s Association.

Her husband Sean Spicer’s net worth is reported to be around $4.5 million. However, when he became the White House Press Secretary, he had agreed to a salary of around $180,000, give or take. The husband and wife have a Bentley Mulsanne, Mercedes S-Class, and Range Rover.

The couple owns a four-bedroom home in Beverly Hills, California which they bought back in 2010 for $756K. They also have another house- a one-bedroom condo back in Alexandria which they purchased in 1999 for $170K. The duo earns rent $165K per annum from their Alexandria home.