Queen Latifah Net Worth – Queen Latifah is a woman of many talents, and clearly, they don’t call her Queen just for fun. Born Dana Elaine Owens on March 18, 1970, in Newark, New Jersey, Latifah started out as a rapper in high school, and today the world has seen different shades of her.

She quickly transitioned into acting, comedy, and even started her own talk show. Let’s explore some of the key highlights of her career and reveal some details about her personal life. 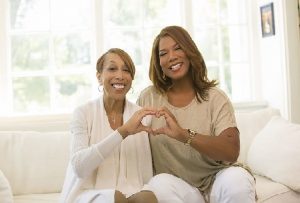 Queen Latifah’s sexuality has long been a topic of much discussion since she portrayed a lesbian character in 1996’s Set It Off. She did ace the role forcing many to wonder if Latifah may have drawn on her own personal experiences to effectively play the role.

Speaking about that role in an interview with Tracie Ellis Ross for InStyle, Latifah confessed that accepting to play the gay role was one of the most difficult decisions of her career. In the interview, Latifah said she had to explain to her younger siblings that she took the role “…because I believe I can bring positive attention to the gay African-American community.”

Around the time she was shooting the film, Latifah was in a relationship with a man named Sean Moon who unfortunately was shot dead during a carjacking in 1995.

And then in 2012 when various media outlets concluded that Queen Latifah had come out by referring to a group of gay people at the Long Beach Pride as “her people,” Latifah debunked their speculations saying that her words had nothing to do with her sexuality.

“I’ve never dealt with the question of my personal life in public, It’s just not gonna happen,” she told Entertainment Weekly. Even OUT Magazine has noted the fact that she has not publicly come out as gay. But Queen Latifah has done little to quench the rumours as she has been seen in the public putting-on PDA with girls.

While she has dated both sexes, Queen Latifah has never been married. Some of the girls she has been linked with include; her personal trainer Jeanette Jenkins, and choreographer Eboni Nichols. Per sources, she broke up with the latter in 2015. Sometime in 2017, she told Mail Online that she was ready to start a family. 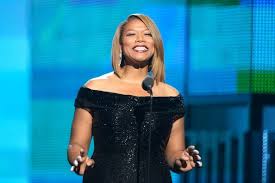 With a repertoire that can give most entertainers the run for their money, Queen Latifah has income coming in from different sources. She began earning in show business as a rapper. Her self-recorded demo tape which she did in the late 1980s was able to get her a record deal with Tommy Boy music, launching Latifah’s music career.

Throughout the early 1990s, Latifah established herself as a rapper with hits like “Wrath of My Madness,” “Ladies First” and the Grammy-winning “U.N.I.T.Y.” Almost all of her albums released during that time achieved at least gold status. To date, she has released 7 studio albums which have collectively sold about 2 million copies worldwide. Her music career has also seen her headline two tours which were a huge success.

Simultaneously, Queen Latifah launched an acting career, making her debut in Jungle Fever. Following a number of small roles, Latifah hit it big with 1996’s Set It Off which made $41 million against a $9 million budget. At a fast pace, she grew her filmography to include appearances in The Bone Collector (1999), Chicago (2002), “Bringing Down the House” (2003), “Hairspray” (2007) and more.

Her role in “Life Support” (2007) which she also produced earned her a Golden Globe and a SAG Award. Years have passed and Latifah has managed to stay very relevant in the entertainment scene. She scored a voice role in the highly successful animated series “Ice Age: The Meltdown” and has reprised the role over the years.

As an executive producer, Queen Latifah has churned out many successful projects from her eponymous reality TV show that ran from 1999–2001; and 2013–2015 to the 2013 Netflix exclusive House of Bodies and recently the TV series Scream. Latifah had a main role in Lee Daniels’ FOX musical drama, Star.

Like most celebrities, Queen Latifah has lent her name and image to several big brands for endorsements. Among those brands, include; weight loss/nutrition company Jenny Craig, Pizza Hut, and Cover Girl with which she owns her own brand called CoverGirl Queen Collection. Latifah is in an exclusive partnership with Ahold USA selling her own designed floral collection.

All of these endeavours and more have placed Queen Latifah’s net worth at $60 million. Long May She Reign!