As of 2019, Pharrell Williams’ net worth is estimated to be $150 million, which makes him one of the richest rappers in the world. Let’s find out how he managed to make all this money! 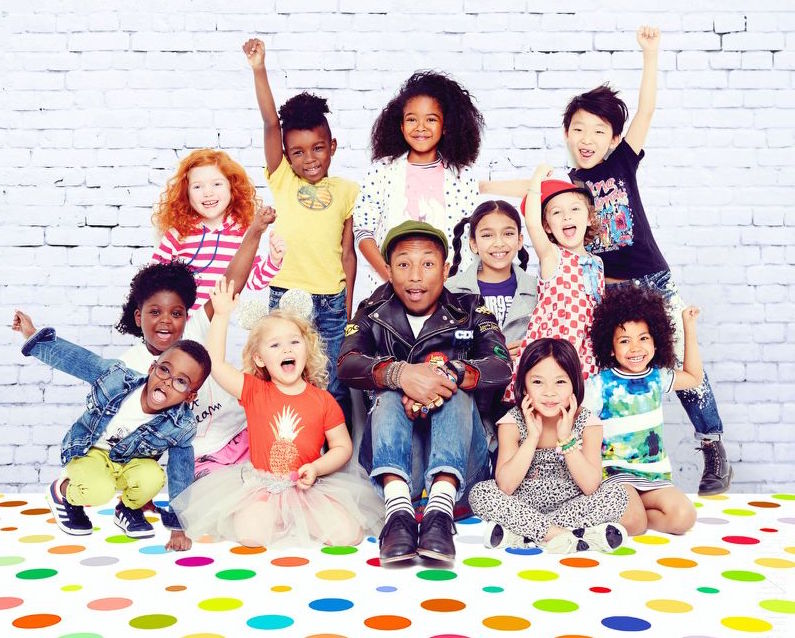 Pharrell Williams was born in Virginia Beach on the 5th April, 1973. He is the eldest of three sons of Pharaoh and Carolyn Williams. His roots extend for generations in Virginia and North Carolina, and one of his ancestors journeyed to West Africa in 1831.

Pharrell met Chad Hugo in a 7th grade summer band camp, where he played the keyboards and drums and Hugo played tenor saxophone. They were also both members of a marching band.

In the early 1990s, Chad and Pharrell formed an R&B group, the Neptunes, with friends Shay Haley and Mike Etheridge. Later, the group entered a high school talent show, and were discovered by Teddy Riley, whose studio was located next to Princess Anne High School. After graduating from high school, the group signed with Riley.

Pharrell Williams has become a father for the first time in 2008. Then his then-girlfriend (and now wife) Helen Lasichanh gave a birth to a cute baby boy. The couple named a son after Elton John popular song – “Rocket Man”, thus having made an homage to a legendary singer.

Rocket Ayer is a real inspiration for his father. Pharrell devoted his soundtrack to the first part of “Despicable Me” to his kid.

In early 2017 Helen and Pharrell welcomed triplets. The happy parents made up a decision not to share the details of their new parenthood experience with the audience. Till now the names of the kids and their genders are not known. But no doubt, two celebs are incredibly happy to raise three more kids.

From 1992 onwards, The Neptunes gradually built a fan base, and became very popular. Pharrell start working more on his solo career in 2005, and released his solo debut album, ‘In My Mind’.

Since releasing the album, Pharrell has gained an incredible amount of popularity and released best selling singles such as ‘Happy’, which is the ‘Despicable Me 2’ theme song.

He is now one of the richest rappers in the world, has worked with a wide number of best selling artists, and has a net worth of $150 million.