Parker Schnabel Net Worth 2020 – Parker Schnabel fold miner who hails from America. He garnered a lot of fame and popularity for his appearance in the Discovery Channel’s reality series, Gold Rush. 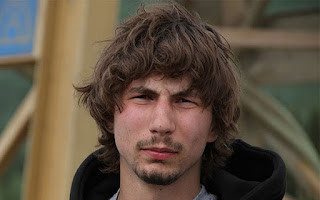 He was born on July 22, 1994. He was born in Haines, AK and spent his childhood there. However, not much is there regarding his earlier days and childhood.

His father’s name is Roger Schnabel, who is a mine owner and his mother’s name is Nancy Schnabel. Her mother encouraged him to join his dad. He has a brother, Payson Schnabel.

He does not have any sister. Much of the attention and fame he earned over the years is entirely focused towards his work and talent. He developed a keen interest in mining business from a young age as his parents had a mining business.

He has a girlfriend named Ashley Youle. The couple has been together for quite some time now.

Parker confirmed his relationship with Asley to Maxim in 2016.

This reality series star took interest in mining right from an early age, this shouldn’t come as a surprise since his father and grandfather are also in the business.

He reportedly used his college fees to set up his own mining company. Subsequently, his exceptional expertise in mining earned him a place in Discovery Channel’s reality series Gold Rush.

In the fourth season of the series, Parker found 1029 ounces and in the fifth season, he found a large 3362 oz of gold worth almost $3.7 million. Altogether, he is said to have mined more than $13 million in gold

After being in the show since its debut in 2010, Parker announced in 2017 that he will be starring in his own 3-part docuseries, Gold Rush: Parker’s Trail.

According to People, the show will feature young Parker and his team as they set out to tackle the great Alaskan wilderness following in the footsteps of former gold miners.

The series which is already in its second season saw Parker and Rick Ness attempt the Klondike trail over the Chilkoot Pass and up the Yukon River to Dawson City the very heart of the 1897 Klondike Gold Rush.

Parker and his adventurous crew will set out in search of a virgin gold claim and in the process face challenges that might come in form of an encounter with dangerous animals that won’t blink an eyelid before preying on them for dinner.

Parker’s new series is produced by Raw Television for Discovery Television, Dimitri Doganis while Ceri Smith is the production executive and Peter Campion, alongside Mark Carter serve as series producers.

Matthew Vafiadis and Bill Howard are also the executive producers for Discovery Channel and Jessica Mollo is also serving as the associate producer.

Parker Schnabel is an American gold miner and reality television star who has a net worth of $8 million.