“My dogs live in this two-story doggy mansion that has air conditioning, heating, designer furniture, and a chandelier,” Hilton captioned the photos. “Loves it.”

These dogs are enjoying perks that most adults can’t afford. Designer furniture? We’re still trying to be trendy with a Target sales section budget

The 300-square-foot home (with its own balcony) was decorated by TV personality and interior designer Faye Resnick and is furnished with Philippe Starck furniture, according to Architectural Digest.

The walls inside are bubble gum pink and the crown molding is black. Upholstered daybeds, bean bags, and doggy beds are scattered around for the precious pups to use at their leisure. A black chandelier and matching staircase, fit for a palace, anchor the two floors.

Hilton did not forget about curb appeal when designing her doggy digs either. The perfect turf lawn is protected by an iron fence, and black lantern sconces pop against the white stucco facade and terra cotta roof.

The large front door, which welcomes you with a gold fire hydrant, is perfect for when the dogs host their human friends. 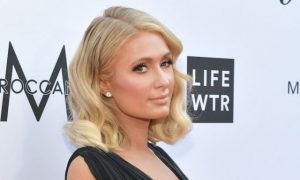 Socialite Paris Whitney Hilton was born in New York City on February 17, 1981, the eldest child of real-estate developer Richard Hilton and socialite Kathy Richards Hilton. Along with sister Nicky and brothers Barron and Conrad, Hilton is one of the multiple heirs to the Hilton hotel fortune.

Given the childhood nickname “Star” by her mother and grandmother, Hilton, who began modeling as a child at charitable functions, was born into acting stock. Her maternal grandmother was actress “Big” Kathy Dugan, and aunts Kim and Kyle Richards continue to earn film and television roles. Hilton is also related by marriage to Zsa Zsa Gabor, who wed Hilton’s great-grandfather, Conrad Hilton, and Elizabeth Taylor, who was briefly married to Hilton’s great uncle, Conrad Nicholson Hilton Jr.

Hilton spent her childhood moving from one luxury home to another. While living in the family’s Beverly Hills mansion, she attended her freshman year of high school at the Marywood-Palm Valley School in California. 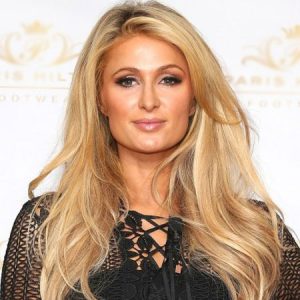 When the Hilton family relocated to New York City in 1996, she continued her studies at the Dwight School. At this time, the family took up residence in a suite at the Waldorf Astoria Hotel in Manhattan and frequently vacationed at a multimillion-dollar home in the Hamptons.

Beneath the beauty and glitz is a woman with the instincts of a serial entrepreneur. Her multiple revenue streams come from modeling appearances, acting, real estate, and television. She also has tried her hands as a singer. and various clothing and accessory lines

Her public profile rose in 2003 after the scandal involving her leaked sex tape. After the sex tape debacle, she started her own TV show – The Simple Life – aired. She followed it up with other TV Show appearances such as My New BFF, Paris Hilton’s British Best Friend, and The World According to Paris. She has appeared in movies – House of Wax, The Hottie and the Nottie.

At some point, Hilton was a DJ and she charged as much as $750,000 per appearance. She also owns a chain of luxury perfumes that has proved popular among celebrities. Her 25 fragrances have sold over 50 million bottles and have raked in $3 billion globally in sales. 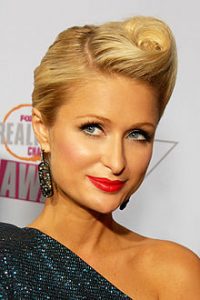 At 24, Paris purchased her first luxury mansion – a 3,000 square foot Spanish-style edifice in Hollywood Hills for $3 million dollars. The house has four bedrooms and bathrooms. Her second mansion, a 7,000 square Mediterranean style palatial home is located in the Mulholland Estates neighborhood of Beverly Hills. The property which has five bedrooms and bathrooms cost her a whopping $5.9 million.

Paris also has a thing for luxury cars, she owns a $260,000 Rolls-Royce, a $400,000  Bentley Continental GT with a Barbie theme, fitted with pink upholstery and its dashboard is encrusted with diamonds. She also owns a Lexus LFA with a turbocharged engine, a black Benz SLR McLaren with a V8 supercharged engine and a Cadillac Escalade.

Among Hollywoods high flyers, Paris Hilton is known for her extravagant spending. She once spent $5000 in 40 minutes (that’s $140 per minute), shopping for designer clothes in Melbourne. At a party in New York, she doled out $230,000 on cocktails for her friends.

Her spending became a source of embarrassment to her family and her granddad, Baron Hilton decided to give away 97% of his $4.4 billion fortune to charity, leaving just 3% to his heirs. Paris Hilton is worth $300 million.