Otto Kilcher Net Worth – Instead of playing around as most kids would do, Otto Kilcher, in his early days, preferred to get his hands busy with fixing things around the house.

As an adult, he is known as a handyman but apparently, the handiness followed him from childhood when he loved experimenting with items around the house, fixing them or turning the condemned ones into some other things that would turn out to be very useful. 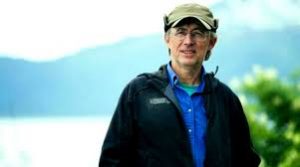 To Otto Kilcher, there is nothing like junk or trash, he just needs to get his adept hands on it and it turns to treasure. However, it wasn’t his transformation of condemned items to treasure that made him famous, he joined the celebrity caucus when he became the center of attraction on the tv series, Alaska: The Last Frontier.

On the American TV show, the experiences of the Kilcher dynasty are profiled with emphasis on how they have survived under the harsh weather condition that has kept people away from Alaska for decades. The family has remarkably done this for four generations and for what it’s worth, they made life bearable in Alaska without the privileges of modern amenities.

Unlike most people who migrated to Alaska from another city, Otto Kilcher was born right on Alaskan soil. His date of birth is April 19, 1952, with the exact place of birth recorded as Homer. His parents – Yule Kilcher (father) and his wife Ruth Kilcher emigrated from their home in Switzerland during World War II and settled in Alaska, the United States. The Kilchers made themselves at home in Alaska, dominating several acres of land.

There is no record of Otto attending any school as a child but he taught himself how to fix things among other skills. He has always been the handyperson in the family. He tried new techniques and experiments on things around the house, especially condemned mechanical items which he usually transforms into more useful things. He also took care of the family’s cattle to make sure there’s meat available for everyone. 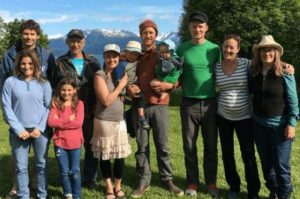 Otto Kilcher has tasted the matrimonial waters three times. He is currently enjoying marital bliss with his third wife – biologist Charlotte Irene Adamson. With her, Otto has a son named August Kilcher and a stepson, Torey who came from Adamson’s previous relationship.

Before Charlotte, there were two women who occupied the position of Otto’s wife at different times. The first was Olga Von Ziegesar but details about their marriage are not known though apparently, their love story ended in a divorce with no children.

Not giving up on love, Otto took Sharon Mckemie as his second lawfully wedded wife. The couple produced two children – Levi Kilcher and Eivin Kilcher before they called it quits in 1987.

Otto made sure to pass on his creative abilities to his children. He taught them how to make the needed things out of any available material. 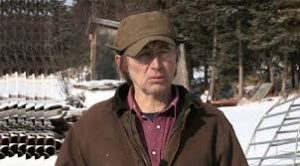 He was very much interested in experimenting and playing with mechanical things. He used to fix broken machines of the farmhouse. Otto spent most of his childhood years at his home.

He has gained sufficient knowledge about machines and he gained skills in repairing and also in recycling the usable machines. Otto thought to open his own business and later he opened it with a name ‘Otto Machine’ which became his fortune changer over the course of time.

Later, he also became famous when he worked in the reality television series ‘Alaska: The Last Frontier’ in the very first episode released on 29 December 2011. His brother Atz and his other family are also seen in the series where it is shown about the Kilcher’s family living in the bizarre cold land of Alaska.

The family is performing wonderfully in the series and the series has completed its 7th season currently.

He is an entrepreneur with the brand name Otto Machine and through this establishment, he has made a lot of money as an ace machinist and mechanic. Otto’s appearances on Alaska: The Last Frontier has also done a lot of good to his net worth which has been placed within the range of 4 and 5 million US dollars.