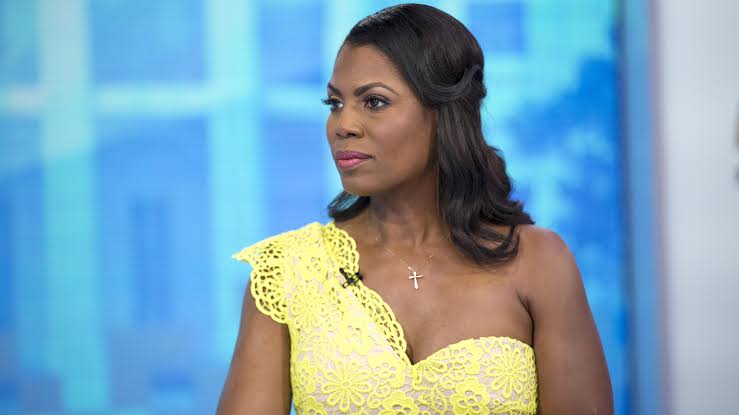 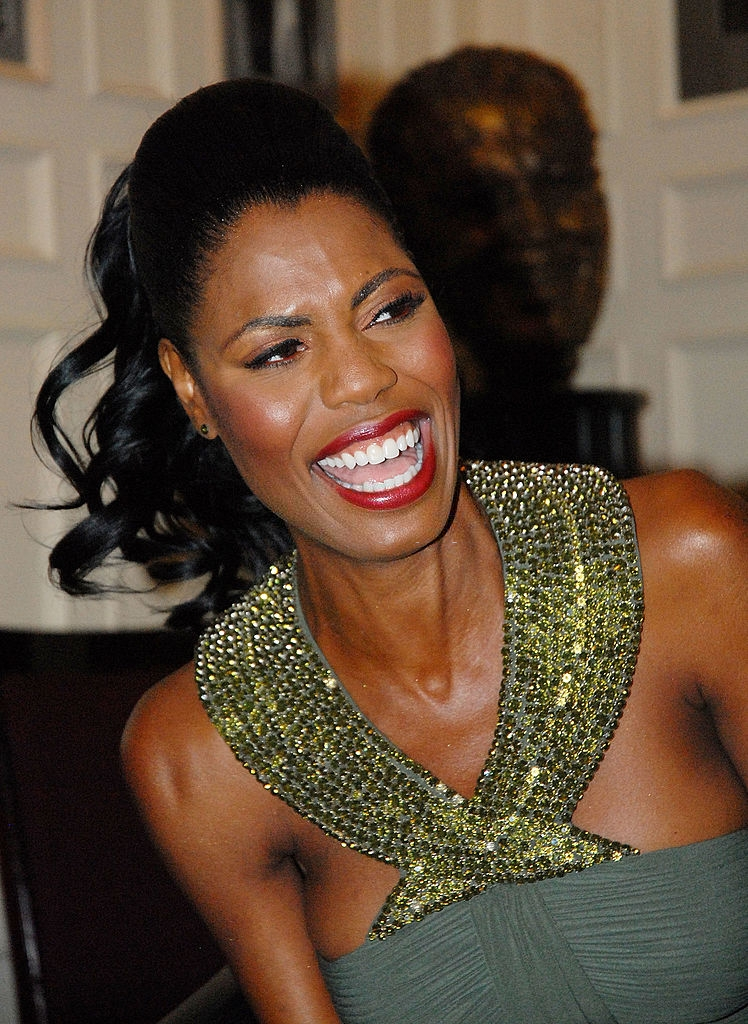 Omarosa, as she is mononymously referred to, was born on February 5, 1974, in Youngstown, Ohio to Theresa Marie (née Walker) and Jack Thomas Manigault Sr.

Her father was murdered in the year 1981 when she was seven years old just as her elder brother named Jack Thomas Manigault Junior was also murdered in 2011 in what was reported to be a “deadly lovers quarrel.”

Her elder sister Gladys Louise Manigault died on February 20th, 2016 of natural causes. She has a younger brother named Lester Midge Walker who is the youngest of the siblings she has.

She schooled at The Rayen School in Youngstown, Ohio from where she proceeded to study at Central State University in Wilberforce, Ohio where she earned a bachelor’s degree in broadcast journalism in 1996.

As a young woman with ambition, she moved to Washington DC, and got her master’s degree at Howard University and also studied for a doctorate in communication, though she didn’t complete the latter.

Omarosa Manigault married Aaron Stallworth in the year 2000 but separated and later divorced him 5 years later.

She confirmed dating actor Michael Clarke Duncan in August 2010 but he would later suffer from a cardiac arrest in July 2012 and died from on September 3rd of the same year.

She got married to her current husband John Allen Newman on April 8, 2017, at Trump’s Washington, DC, hotel.

Her husband is a Senior Pastor of The Sanctuary at Mt. Calvary, a church in Jacksonville, Florida. They are not known to have given birth yet. 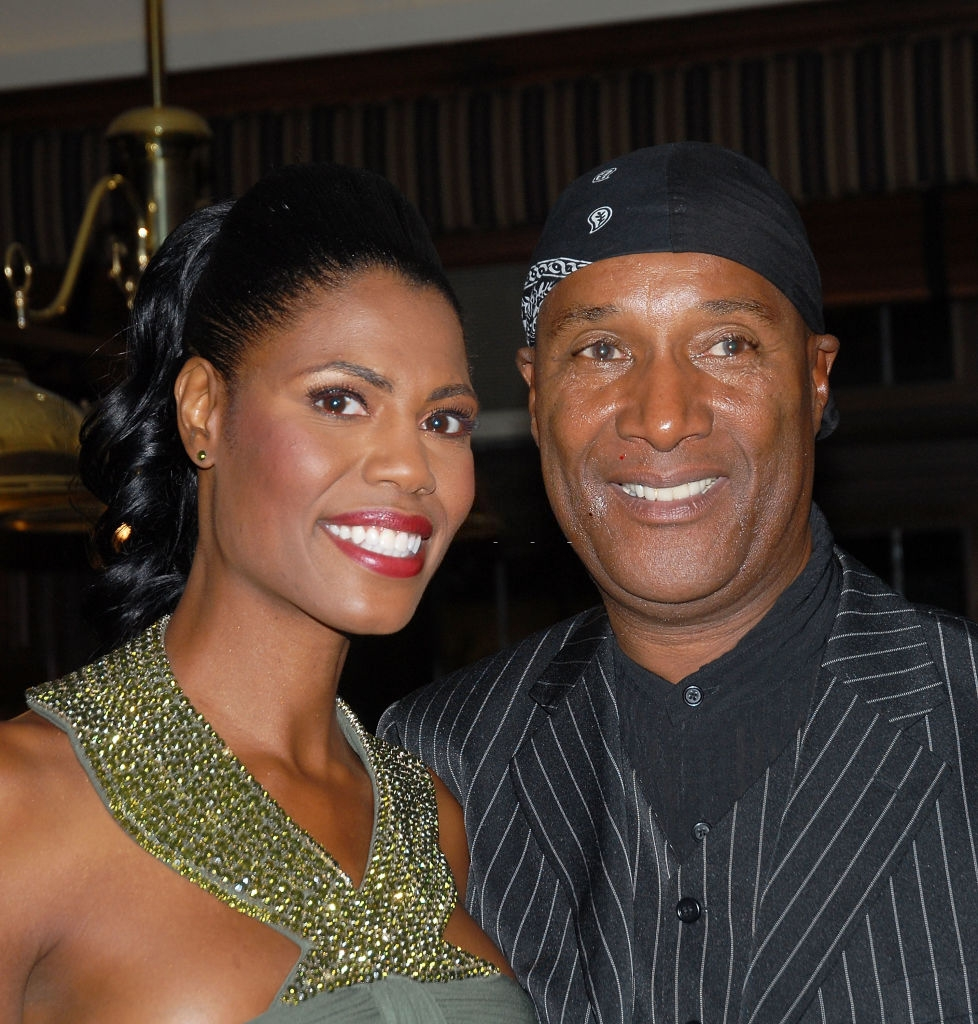 She started her career in the 1990s during Clinton’s administration in the office of Vice President Al Gore as a scheduling correspondent but often titled herself as Deputy Associate Director of Presidential Personnel.

She was however transferred out of her official position due to her chronic bad and disruptive attitude to the White House Personnel office and later to the Commerce Department.

She was also known to have received biblical training at the Payne Theological Seminary in Wilberforce, Ohio.

In 2009, she enrolled for studies at the United Theological Seminary in Ohio for a Doctor of Ministry degree and got her minister’s license in February 2011 from Weller Street Missionary Baptist Church in Los Angeles, California.

Omarosa got ordained as a  Baptist minister on February 27, 2012, and became an assistant pastor in her church. This was surprising to many people going by her known bad attitude.

The hot-headed journalist and pastor gained more attention when she became a participant on the debut season of NBC’s reality television series, The Apprentice.

She hosted the first season of the reality dating game show The Ultimate Merger in 2010 and had numerous television credits like Girls Behaving Badly.

She became a cast in Celebrity Big Brother in 2018 as a guest with the likes of Ross Mathews, Shannon Elizabeth, and Ariadna Gutierrez.

Omarosa’s appearance on all three series of The Apprentice had earned her familiarity with Donald Trump.

But before Trump, she had been working in the White House and was a member of the Democratic Party up until 2015.

She was a political consultant in Washington D.C from 2000 to 2004 and later became a managing partner at Access America Enterprise Corporation in 2008.

She contested as a candidate for the District 1 seat on the Los Angeles United School District Board of Education in 2014 but lost out in the special primaries.

Being a good interpreter of political time, she switched her party affiliation to the Republican Party in 2015 and got named as the Director of African-American Outreach for Donald Trump’s 2016 presidential campaign.

She went further into the Trump administration when she was sworn into office as the Director of Communications for the Office of Public Liason on January 20, 217.

Multiple sources have put her net worth at $3.5 million. She was reportedly making $179, 000 when she worked at the White House.

However, her stay here was only ephemeral as her resignation was announced controversially by the White House press secretary Sarah Huckabee Sanders on January 20, 2018.

It was reported by April Ryan, CNN White House correspondent that White House Chief of Staff John F. Kelly fired Omarosa. However, Omarosa disputed the account and insisted that she resigned.