The world of anime is full of shows like ‘Elfen Lied‘ and ‘Prison School‘ that do not shy away from depicting nudity.

If you’ve been watching anime for a while, you are probably well aware of how extreme some of these shows can be.

But when it comes to depicting nudity in anime, Netflix has held itself back for a very long time. All this while, the prime focus of the streaming platform was to produce anime content that is suitable for all ages.

But just recently, Netflix has significantly expanded its list of anime shows and surprisingly, quite a lot of these have nudity.

There are also some Netflix originals like ‘Devilman Crybaby‘ that take graphic nudity to a whole new level.

While the platform still has some catching up to do, there are a few shows that you can watch if you’re looking for adult content. So, here’s the list of the best Netflix anime with nudity:

‘Kakegurui‘ is an extremely engaging anime that revolves around the subtle art of gambling.

It centers around a very famous school known as the Hyakkaou Private Academy where, during the day, the students follow a very typical educational format.

But as soon as the sun starts to sink into the horizon and darkness begins to lurk in, the corridors of the school are turned into ruthless gambling games.

The whole idea behind this is to prepare the students for the brutal real world where life in itself is an everyday gamble.

While most kids are determined to do well at these gambling activities just to get their grades up, a new transfer student named Yumeko Jabami completely changes the game.

Yumeko is passionate about gambling and it’s this passion that later drives her to expose all the corrupt higher powers of the school that have taken control over the games.

‘Kakegurui‘ is an intense anime that uses its nudity and Ecchi to portray how obsessed the protagonist is with gambling. She loves it so much that it almost gives her orgasms.

For many anime shows these days, especially the ones that belong to the Harem genre, fanservice is more of a selling point.

But ‘Kakegurui’ is great example of how nudity can actually be used in a way that not only lures a younger male audience but also conveys an important message. 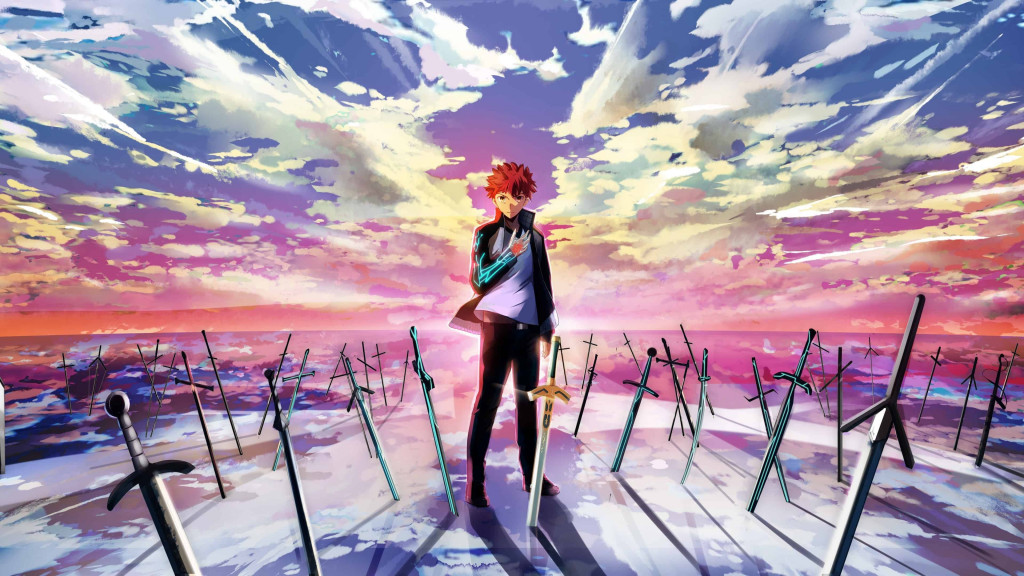 The entire ‘Fate’ franchise is now known to be one of the biggest anime franchises and it is still constantly growing with all of its upcoming spin-offs.

While these side stories of the anime are not bad at all, the main series still remains to be the best in the entire franchise.

Revolving around the Holy Grail Wars where strong magi battle each other for power, the ‘Fate’ series manages to bring in elements from almost every genre.

‘Unlimited Blade Works‘ covers the Fifth Holy Grail war where two magi named Rin Toosuka and Emiya form a temporary alliance to battle their way to the end of the war.

As I mentioned earlier, the ‘Fate’ series tries to balance out elements of all genres but one thing that is relatively less is its involvement of fanservice; which is actually a good thing.

But because of this lack of fanservice, the few adult scenes in the show have become quite memorable.

There is this one scene where, before a battle, Rin tries to get all sexual with Shirou and Saber just to get in some “necessary physical contact” with them.

The anime does not really delve too deep into this but its visual novel is known to be quite graphic. 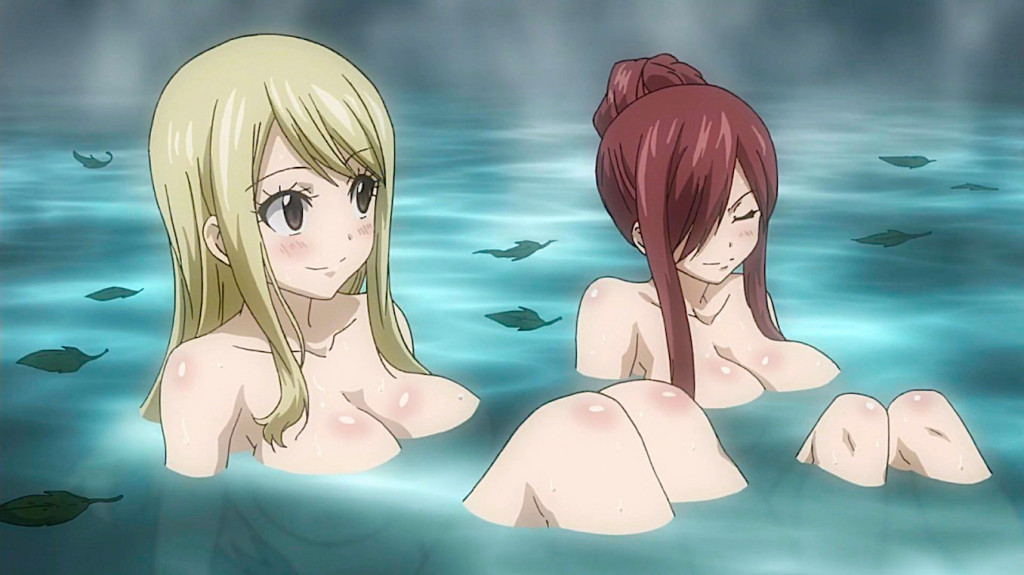 ‘Fairy Tail‘ is an outstanding long-running shounen that has acquired a huge fan base over the years.

And though it is often overshadowed by the big three—’Bleach‘, ‘Naruto‘ and ‘One Piece‘—it has still managed to establish itself as a great anime show because of its world-building similarities with RPGs.

But as much as we love ‘Fairy Tail‘, we can’t help but notice the insane amount of fanservice that it has.

From extremely curvy anime girls to body-hugging outfits to breast-based gags, ‘Fairy Tail’ has everything.

While many fans have expressed their concerns over this, there are a few who seem to enjoy this side of the anime.

People might start taking the show a bit more seriously if it slightly toned down its nudity, but then again, would it still be so popular?

After losing his family in a tragic mass murder, Ciel Phantomhive forms a contract with a demon named Sebastian.

Selling his soul in exchange for revenge, he sets out to find those who completely ruined his life. But soon, his acts of bravery become well known and he is appointed as the Queen’s guard dog.

What follows is a bleak adventure of the young boy who solves dark mysteries for the Queen along with his demon Butler and while he’s doing this, he also seeks answers to all the misfortunes of his past.

Overall, ‘Black Butler’, as the name suggests, focuses more on the bleak side of its story and does not bring in too many fan service moments.

But it still has a few adult moments here and there that make it a worthy mention on this list.

If you like watching shows that only use Ecchi when it’s absolutely necessary, then this is the anime you should go for. 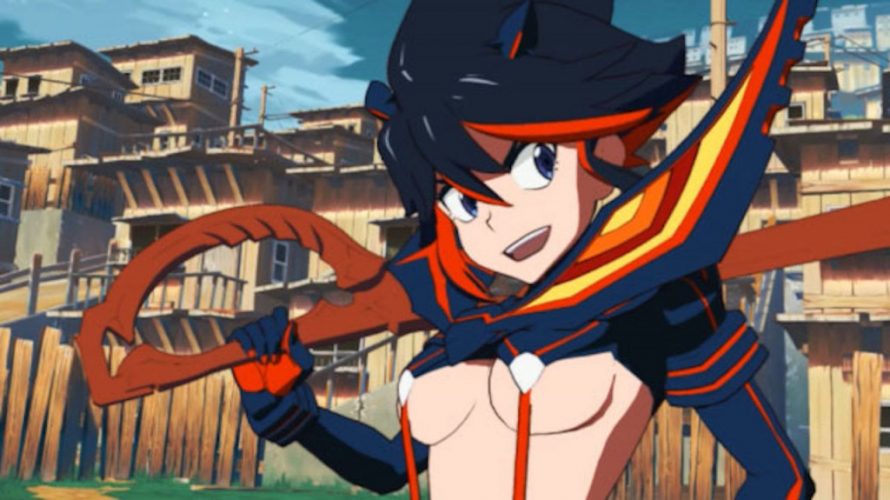 ‘Kill la Kill‘ is one of the most popular anime titles in the Ecchi genre. It’s basically about flashy fight scenes that are combined with nudity and fanservice.

Some viewers might say that it’s overly sexualized but a lot of times, its adult content is used as a metaphor for puberty and how it transforms the way the characters are being looked at.

The main motive of emphasizing on nudity and the voluptuous bodies of the characters is to send out a positive message about one’s body image.

To put it simply, the anime tries to say that it may not be possible to control the perspective of people, but one should never let that be a cause of shame.

If you’re willing to understand the context of all the nudity in this anime, then you’ll probably be able to appreciate it even more.

But even if you don’t, the fanservice actually compliments all the fight scenes in one way or the other, so you don’t really have anything to lose here. 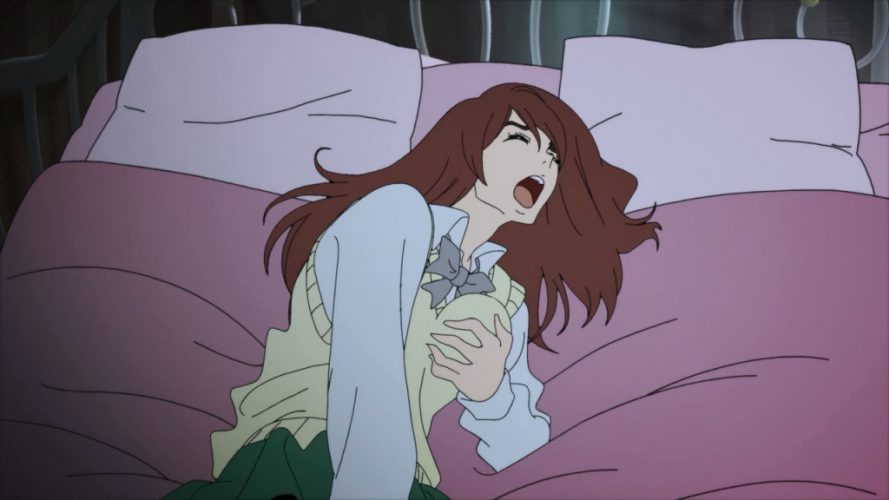 ‘Devilman Crybaby‘ is a fairly new anime on Netflix that has gained quite a lot of popularity because of its nudity and violence.

The series follows the story of a young cowardly boy who later turns into a demonic badass after a demon tries to possess him.

With the hard exterior of a demon and the heart of a sensitive child, he becomes what one may call the “Devilman Crybaby”.

Apart from having a fairly engaging concept, ‘Devilman Crybaby’ is the perfect depiction of how some anime shows have no chill.

If you’re a big fan of shows that involve extreme graphic nudity and violence, then this is one anime you should not miss out on.

And not to mention, in the first season, ‘Devilman Crybaby’ also hints a homosexual relationship between the two main characters. Hopefully, we’ll get to see more of that in its season 2. 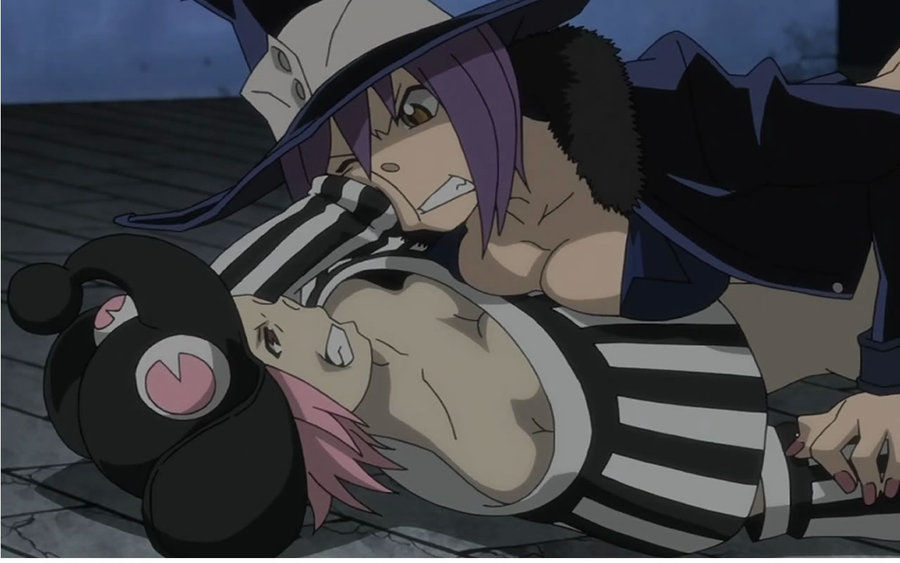 ‘Soul Eater‘ has a very interesting storyline that revolves around a famous technical Academy known as the Death Weapon Meister.

Run by a Shinigami, the Academy is responsible for creating Death Scythes who can destroy all the evil from their world.

The Death-Scythes are not tools but are actual human-demon hybrids who are able to devour the souls of 99 evil creatures and one witch.

The main protagonist, Evans, dreams of becoming a Death Scythe one day.

To make this dream a reality, he sets out on an adventure to consume the souls of all the evil beings that haunt the innocents of his fantastical world.

‘Soul Eater’ has recently gained a lot of popularity and is now regarded as one of the best modern shounen.

But this wasn’t always the case, and to make sure that the anime gets the reception that it deserves, the creators initially involved quite a bit of nudity in the anime.

These fan service moments primarily revolve around two very insignificant characters who don’t even add any value to the overarching plot.

This is a clear example of how some anime shows have to include some forced nudity and Ecchi just to make sure that people watch it.

But we’re not really complaining about this one because it’s a great anime overall. 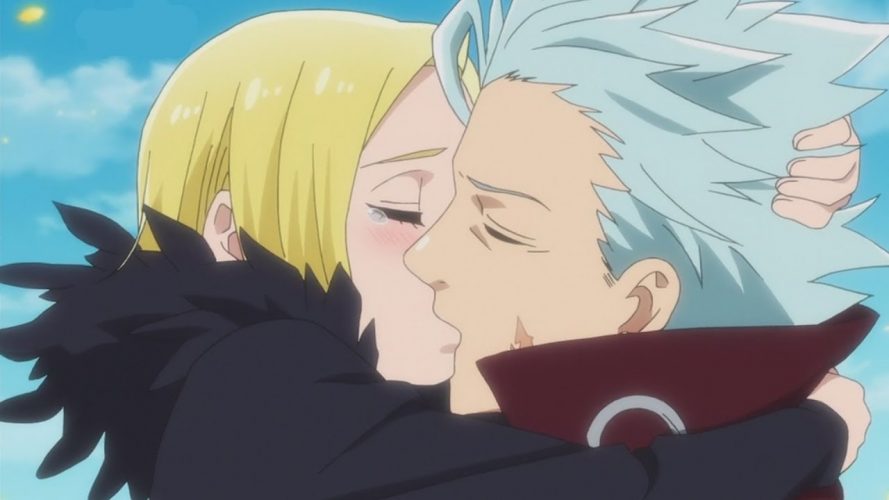 A huge Kingdom is taken over by a group of tyrants and that’s when, out of desperation, the princess of the kingdom is forced to look for the disbanded group of evil knights known as the “Seven Deadly Sins“.

With her kingdom on the verge of being completely destroyed, she hopes that these knights will be able to help her out.

From some hilarious comic moments to badass shounen fight scenes to an interesting plot that slowly grows on you, ‘The Seven Deadly Sins’ has it all.

The best thing about it is that unlike other battle anime, its fight scenes always have a backstory and are not just randomly placed throughout its runtime.

But apart from all of these aspects, the show is also a little infamous for its use of fanservice and nudity.

While many viewers seem to be okay with its adult content, there are others who complain about how it normalizes the whole idea of sexual harassment.

So it’s not exactly the kind of show you would want to go for if you only want to watch some good fan service.

But otherwise, it’s a great show and I would highly recommend it to anyone who’s into long-running anime. 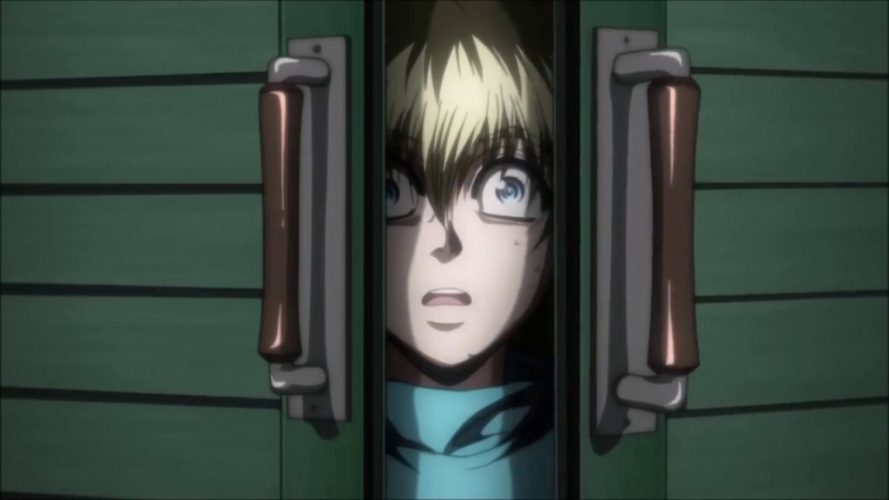 Anyone who expects an anime like ‘Hellsing Ultimate‘ to be “clean” is either delusional or has never really heard of its original classic OVA series.

It revolves around a British sponsored organization known as Hellsing which is responsible for tracking all kinds of vampire activities in order to protect innocent mortal humans.

‘Hellsing Ultimate’ has a very well-paced storyline that remains loyal to its source material for the most part of it.

But what makes it an incredibly captivating show is its portrayal of brutal vampire-slaying action and mindless nudity. When it comes to fanservice, it mostly revolves around one female character named Sera.

Sera, as a character, shows a lot of potential for development but unfortunately, she only serves the purpose of being a source of nudity and Ecchi during the anime’s entire runtime. 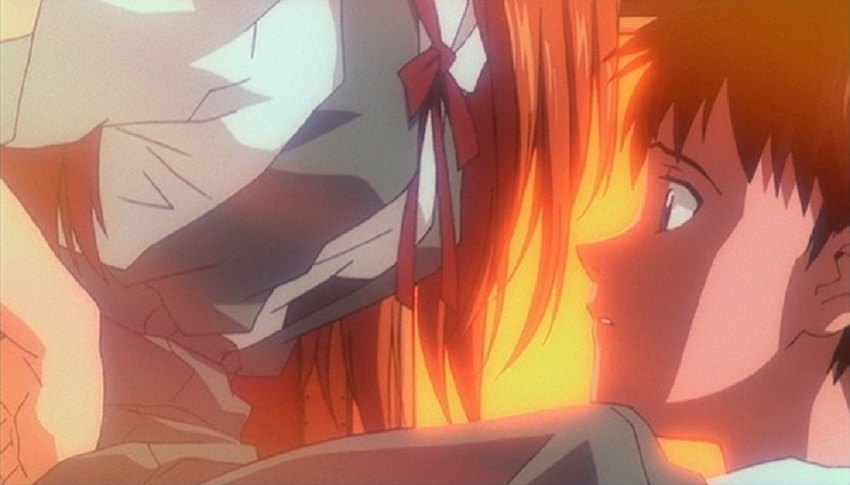 ‘Neon Genesis Evangelion‘ is an old classic anime of the 90s which was not too well-received when it first premiered.

But over the years, it has become one of the most viral anime shows out there and these days, it has been trending on every platform because of its classic look and animation style.

Even the most minor details of the show have received international acclaim.

One big reason why ‘Neon Genesis Evangelion’ is more popular than it ever was is that even the show’s fanservice was always way ahead of its time.

For a show that came out in the late 90s, the nude scenes in this anime are extremely bold. The director of the anime, Hideaki Anno, once claimed that he actually hates all the typical Ecchi that most shows involve just to get more attention.

To poke fun at these shows, the director took the fanservice of this anime to a whole new level.

So if you find the nude scenes in this one to be a little creepy, just remember that it’s exactly how the creators wanted them to be. 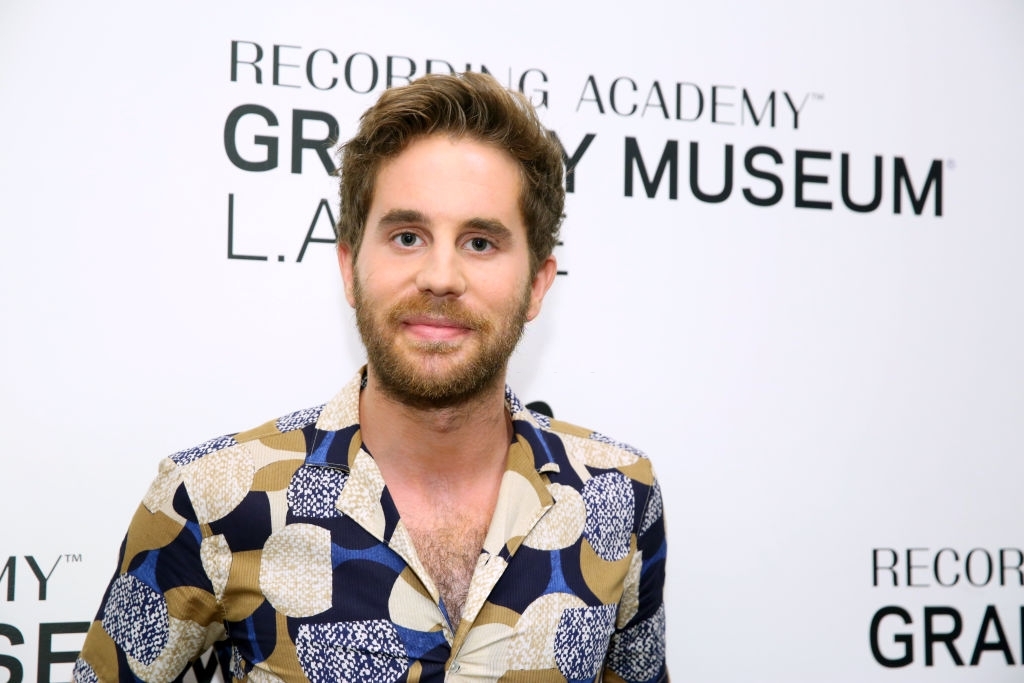 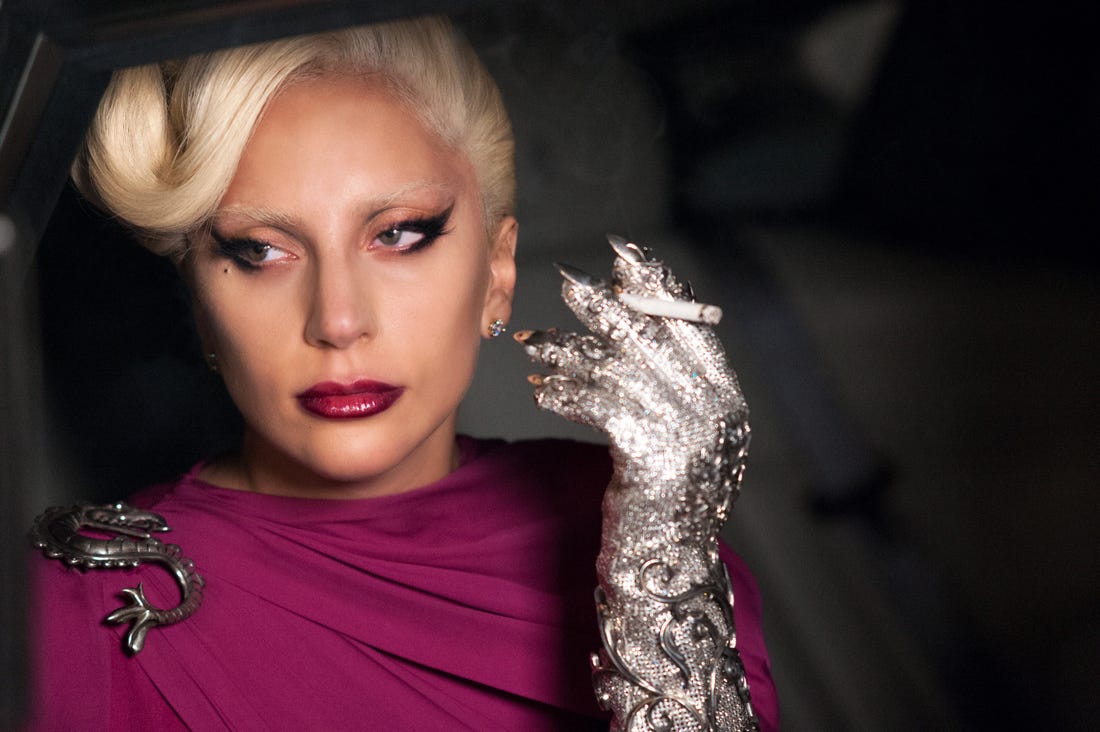 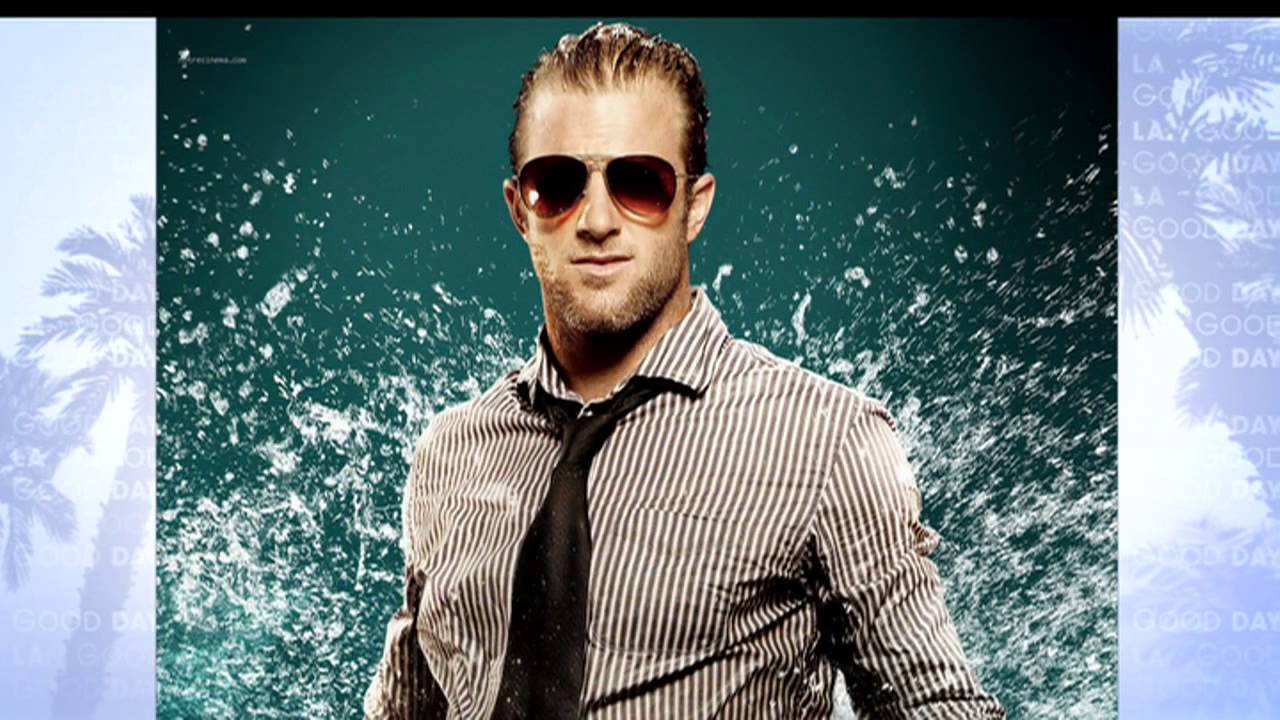 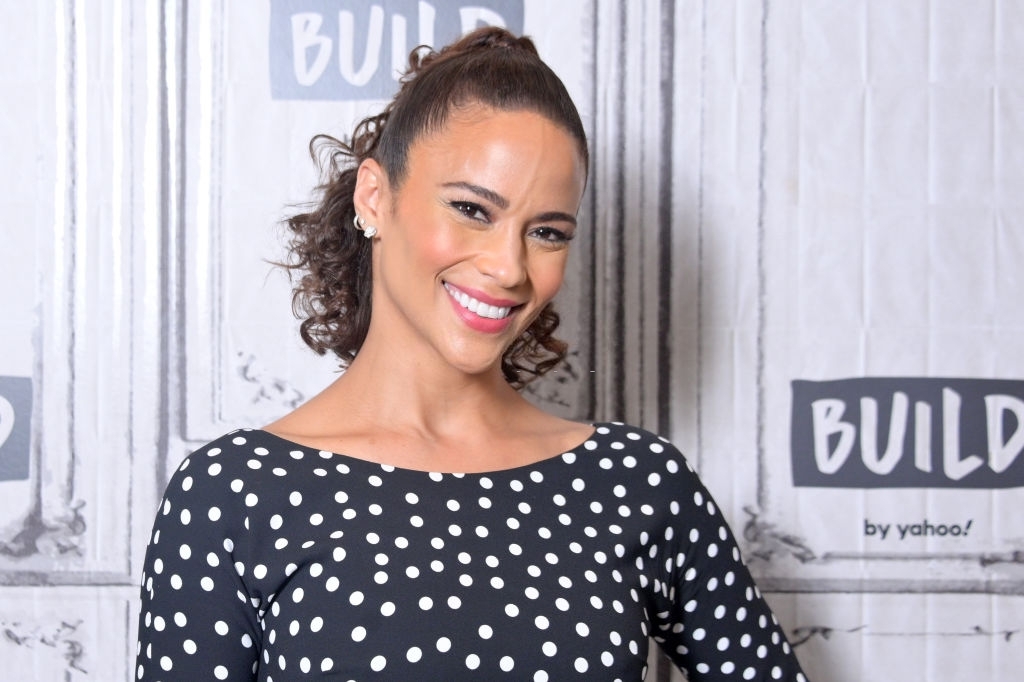