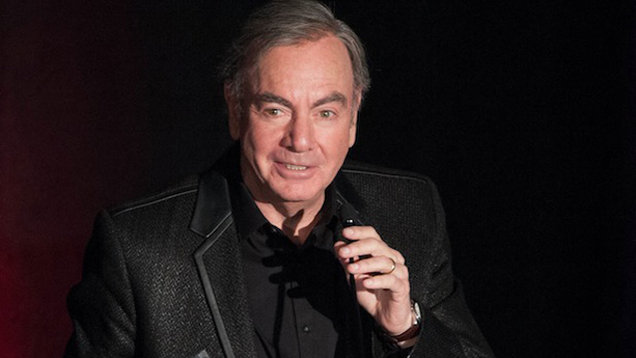 Neil Diamond Net Worth 2020 – Neil Diamond is a famous American singer-songwriter, a trouper of the ‘Brill Building’ song factory, and one of the most successful artists of his time.

His trademark style was his quasi-gospel, baritone voice, which helped him sell nearly 125 million records around the world, with over 18 platinum-certified albums. 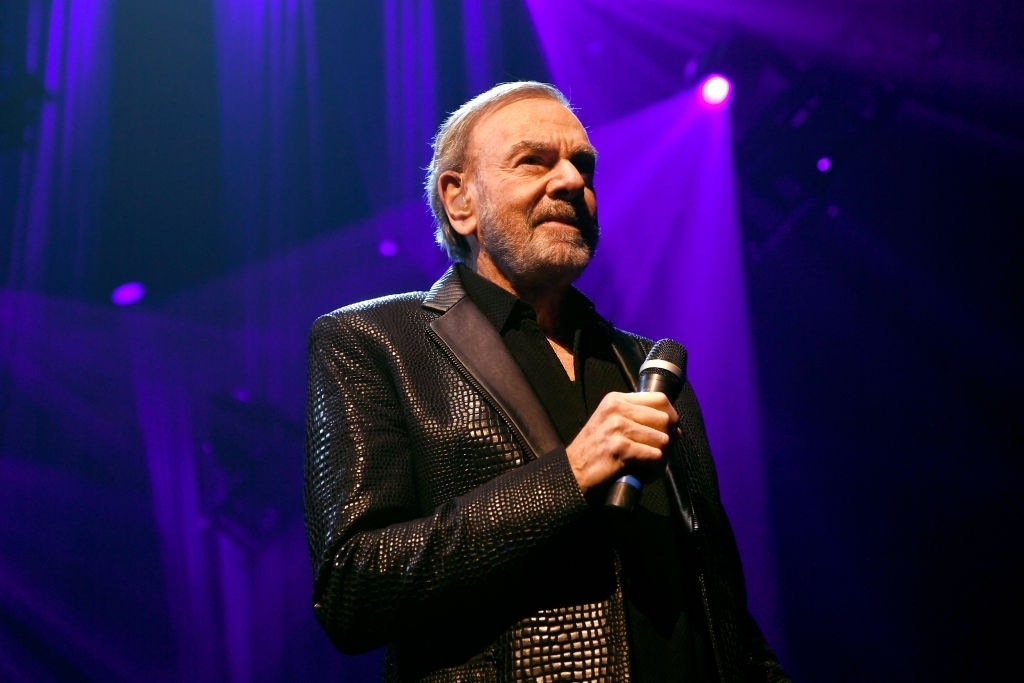 Neil Leslie Diamond was born on January 24, 1941, to Rose and Akeeba ‘Kieve’ Diamond, a Jewish couple, in Brooklyn, New York.

He attended Abraham Lincoln High School, where he received his high school diploma. During his school years that he was a part of the fencing team.

He was later offered a fencing scholarship to New York University, where he specialized in saber.

He married high school sweetheart Jayne Posner in 1963. The pair had two daughters, Marjorie and Elyn. They separated in 1967 and divorced in 1969. Later that same year he wed Marcia Murphey, a production assistant.

They had two sons, Jesse and Micah and he had to pay £93.1 million in their 1995 split. He is now married to Katie McNeil, who is his third wife. The pair exchanged vows at the Beverly Hilton Hotel.

He is a father to four children namely: Marjorie, Elyn, Jesse, Micah 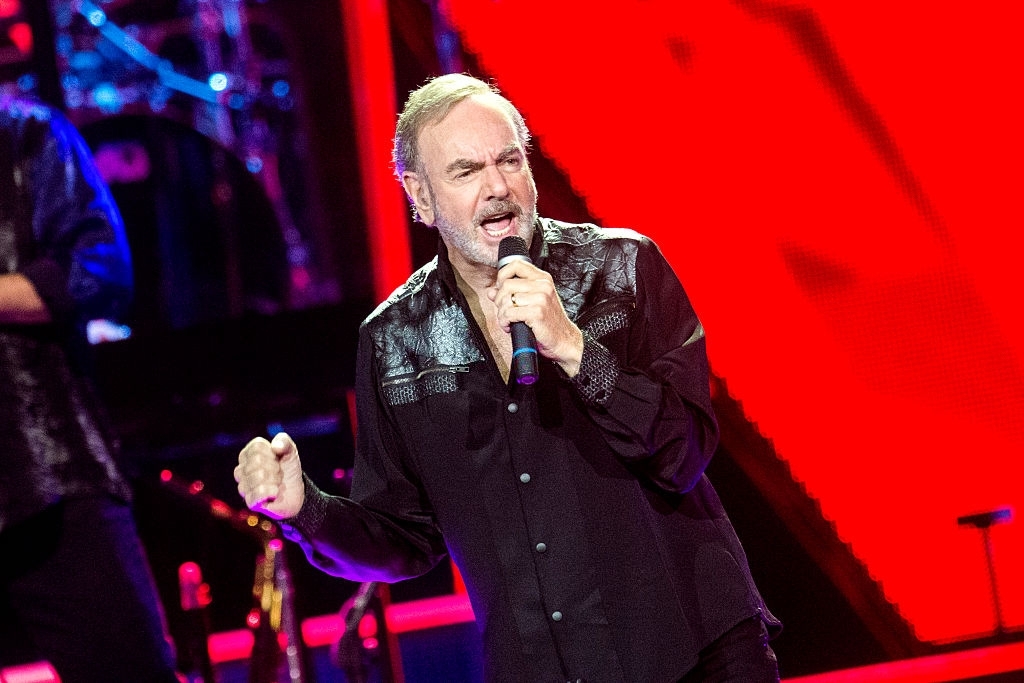 In 1962, he signed his first recording contract as ‘Neil and Jack’, with his high-school friend, Jack Parker.

The duo recorded two singles ‘You Are My Love At Last’ b/w ‘What Will I Do’ and ‘I’m Afraid’ b/w ‘Till You’ve Tried Love’; both of which, became unsuccessful.

In 1962, he signed a solo contract with Columbia Records.

After releasing a couple of singles under the record label, Columbia dropped him from the label because he was not very successful with singles like ‘Clown Town’. He then went back to writing songs.

In 1965, he had his first success as a songwriter with the song, ‘Sunday and Me’, which he wrote for ‘Jay and the Americans’.

A string of other successful singles followed including, ‘I’m a Believer’ and ‘A Little Bit Me, A Little Bit You’. The next year, he signed a record deal with ‘Bang Records’.

His first hit was ‘Solitary Man’. He later followed this hit with a number of singles such as ‘Cherry, Cherry’, ‘Kentucky Woman’, and ‘Do It’.

Despite working with ‘Bang Records’, he felt that he had not yet reached his maximum potential. Thus, in 1968, he signed a record deal with MCA Records.

In 1970, he moved to Los Angeles and delivered hits like ‘Cracklin’ Rosie’, ‘Song Sung Blue’, and ‘Sweet Caroline’, which all rose to the top of music charts.

The next year, he came up with one of the best hits of his career, ‘I Am… I Said’, which took nearly 4 months to complete.

1972 was an extremely busy year for the singer-songwriter as he performed in 10 full-house concerts at the Greek Theatre in Los Angeles.

All of his performances were compiled and released the same year in a live double album titled, ‘Hot August Night’. He also performed at the Winter Garden Theatre the same year.

He switched back to Columbia Records once again in 1973 after they offered to give him a million dollars in advance for each of his albums.

His first album received positive reviews and peaked in the top positions on charts, despite being used as a soundtrack for a flop film.

In 1976, Diamond released ‘Beautiful Noise’, which was his tenth studio album overall. He performed the song ‘Dry Your Eyes’ with ‘The Band’ on their sendoff show.

This album became a critical hit because it showcased his production style and compositional variety.

The same year, he performed at the ‘Theater for Performing Arts’ which gathered sold-out crowds.

He released ‘I’m Glad You’re Here With Me Tonight’ in 1977. Two years later, he released his last album for the decade titled, ‘September Morn’, which featured hits like, ‘I’m a Believer’ and ‘Dancing in the Street’.

He was cast in the American drama film, ‘The Jazz Singer’ alongside Laurence Olivier and Lucie Arnaz. He was nominated for a Golden Globe Award for his role in the film.

Some of the singles in the movie’s soundtrack such as, ‘Love on the Rocks’ and ‘America’, became hits.

From 1993 to 1998, there was a resurgence in his popularity when he released a number of albums under Columbia Records including, ‘Up on the Roof: Songs from the Brill Building’, ‘The Christmas Album 2, ‘Tennessee Moon’ and ‘The Movie Album: As Time Goes By’.

In the new millennium, Diamond continued to record and tour. His ‘12 Songs’, which released in 2005, is regarded as one of his finest albums to date.

Other albums that followed were ‘The Best of Neil Diamond’ and ‘Classic-The Universal Masters Collection’.

‘Home Before Dark’, one of his albums released in 2008, was featured at the top of the charts in New Zealand, United Kingdom, and the United States and became one of his greatest selling albums to date.

The next year, he released another hit album, ‘A Chery Cherry Christmas’.

His most recent albums from 2009 to 2011 include ‘Dreams’ and other compilation albums including ‘The Essential Neil Diamond’, ‘Icon’, ‘The Bang Years’, and ‘The Very Best of Neil Diamond: The Original Studio Recordings’.

In 2013, he made an impromptu entrance at Fenway Park to sing ‘Sweet Caroline’ during the 8th inning. 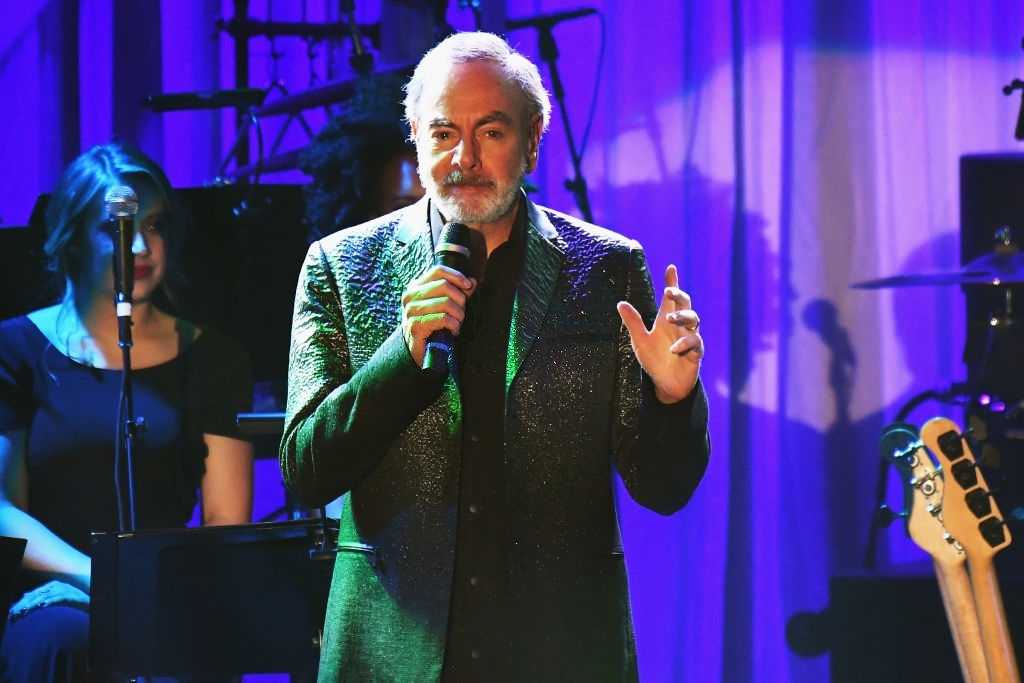 Neil Diamond has a net worth of $175 million.