Natalie Lind Net Worth – Natalie Alyn Lind was born on June 21, 1999, in Toronto, Ontario, Canada. Her first appearance on TV was on the series One Tree Hill when she was a little over 6 years of age and with an incredible performance at such a young age, she landed another role in 2008 in the series Army Wives. With her fame rising, she was featured in numerous films and series in 2010 which include: Flashpoint in which she was cast as Alexis Sobol, the iCarly series where she played the role of Bree, as a guest on Criminal Minds 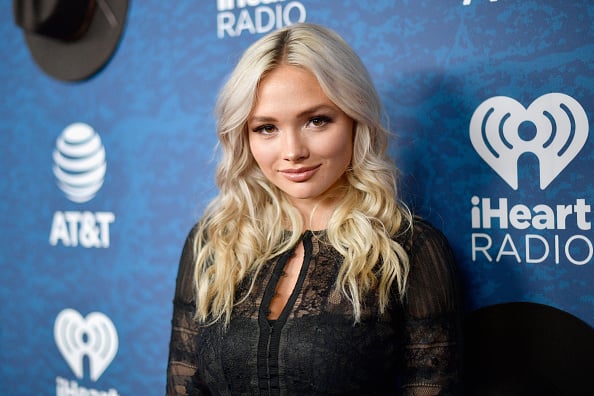 Natalie Alyn Lind was born on June 21, 1999, in Toronto, Ontario, Canada. The talented and beautiful actress is the first child of Barbara Alyn Woods and John Lind. Her mother, Barbara is also an actress and it was alongside her that she made her debut appearance in the drama series One Tree Hill.

Her father, on the other hand, is a producer and her younger sister Emily Alyn Lind is also an actress who is known for her role as Emma in the sitcom All My Childrenand Amanda Clarke on ABC’s Revenge.

Natalie has another younger sister named Alyvia Alyn Lind who is also an actress, popular for the roles she played on the sitcom The Young and the Restless in 2011 as Faith Newman which was aired on the CBS network and she also landed a role in a Dolly Parton’s much talked about Coat of Many Colors and Christmas of Many Colors: Circle of Love. The three girls are said to spend most of their days together when they are not on set.

Natalie and her family love doing humanitarian work and are associated with a charity home called Make-A-Wish Foundation which takes care of young children suffering from severe diseases that are life-threatening and they ensure any wish made by such children is granted.

The actress is also a member of the Save the Bay Foundation and the Mermaid project which were pioneered to protect beaches. In her spare time, she writes scripts and enjoys to go hiking with her dog called Georgie.

After breaking up with former boyfriend actor Aramis Knight, she has a new man in her life. Back in 2017, she uploaded a couple of images with her rumored boyfriend via Instagram.

While the two created media headlines the year, details about the man is still a mystery. She has not revealed a bit of information of the guy and has not posted images with him in 2019.

The young actress had her biggest break in 2013 when she landed the role of Dana Caldwell for about 22 episodes in the sitcom The Goldbergs which was being aired on the ABC channel. Another movie she starred in that year was Dear Dumb Diary in which she played the role of Claire Vanderhied. In 2014, she was in the movie Mockingbird in which she acted as Jacob’s Friend no.4.

She also landed a role in the season two of the series Gotham for 7 episodes casting as Silver St. Cloud which premiered on September 21, 2015. The actress also made a guest appearance in the series Murder in the First as Daisy in one of its episodes titled State of the Union in 2015 and made another guest appearance the next year in the series Chicago Fire as Laurel in the Nobody Else Is Dying Today episode. 2017 started with her appearing in the episode Zombie Knows Best as Winslow Sutcliffe in the sitcom iZombie and in March of that year she landed a major role in the series The Gifted as Lauren Strucker which she is presently working on.

Just like the French actress Olga Kurylenko, Natalie Lind also rose to the prominence at a very early age. The reason for her popularity must be the fame of her parents who are also all the time connected to the Film Industry.

Moreover, she first played her role in the movie One Tree Hill when she was just seven years old. Later, she starred for the movies Army Wives (2008), Kaboom (2010), Mockingbird (2014) and so on. Also, she played a role in the American series Criminal Minds opposite to the famous star cast including Matthew Gray Gubler and Rachel Nichols in 2010.

Furthermore, Natalie rose to the prominence of her recurring role as Dana Caldwell in the movie series The Goldbergers (2013-2017). The movie series collected millions of dollars.

With collecting all the earnings, Natalie successfully maintained her net worth estimated to be of $3 Million. However, she has not yet revealed any information about her salary.

Besides, her little sister, Emily Alyn earns $25 Thousand per episode as her salary and has maintained her net worth to be equally of $3 Million as her elder sister, Natalie Alyn Lind. Moreover, Natalie is currently starring a role as Lauren Strucker in Fox’s The Gifted which enables her to make more capital.