Michael Jackson Siblings – The Jackson family is arguably one of the most famous families in entertainment. Originating from Gary, Indiana, this iconic group influenced musical genres from R&B and soul, to pop. The nine Jackson children Rebbie, Jackie, Tito, Jermaine, La Toya, Marlon, Michael, Randy, and Janet have all made their mark on the music industry.

From the early success of “The Jackson 5” to Michael’s reign as the “King of Pop,” the siblings became important figures in popular culture, however not without controversy. Here we look at the members of this unforgettable family and their rise to fame.

The oldest of the nine Jackson siblings, Rebbie didn’t get a shot at stardom with her brothers. It wasn’t until 1976 that she began a professional singing career, albeit one in the background: She was a backup vocalist on albums by the Emotions and other R&B acts. In 1984, fresh off the record-breaking success of Thriller, Michael produced Rebbie’s hit single “Centipede,” which rose to #4 on the R&B chart. Since then, she’s come out with several albums, the last — 1998’s Yours Faithfully — on Michael’s MJJ record label.

Along with Michael, he was the lead singer of the Jackson 5. After recording 13 albums for Motown, the group signed with CBS Records in 1976 and became the Jacksons. Their first few efforts faltered, but the 1978 album Destiny re-established their reputation and produced a top-10 single in 1979, “Shake Your Body (Down to the Ground).” As a solo artist, Jackie released a self-titled debut in 1973 and Be the One 1989.

After the success of Destiny, Tito and the Jacksons released the platinum-selling Triumph in 1980 and the multiplatinum-selling Victory in 1984. After Michael and then Marlon left the band, Tito became a successful studio musician. In 1989, the Jacksons returned for a largely Michael-free album called 2300 Jackson Street, the final Jacksons album.

In 1972, while continuing to perform with his brothers, Jermaine released his first solo record, which produced the top-10 single “Daddy’s Home.” When the Jacksons left Motown, Jermaine left the band, as he was married to Motown founder Berry Gordy’s daughter. Subsequently, he carried on releasing solo material, including hit singles like the Stevie Wonder-produced “Tell Me I’m Not Dreaming” and the dance track “Dynamite.”

LaToya got her to start singing backup vocals for the Jackson 5 and went solo with a 1980 self-titled album. She continued to churn out solo music but is perhaps best known for posing nude for Playboy in 1989 and writing a tell-all autobiography that led to estrangement from some siblings.

The guitarist for the family group, Marlon left in 1987 to pursue a solo career. His first single “Don’t Go” — from debut album Baby Tonight — climbed as high as #2 on the Hot R&B chart. But Marlon’s subsequent efforts proved considerably less successful. He appeared on only one track on 2300.

He’s the King of Pop for a reason: More than 750 million records sold worldwide, eight platinum or multi-platinum albums, 13 #1 singles, and 13 Grammy Awards.

Randy joined the group after Jermaine left in 1976, though he’d been performing with his brothers as a percussionist for some time. He performed on hit Jacksons albums like Triumph and Victory. Following the band’s dissolution, Randy became a successful studio musician and also formed his own band, Randy & the Gypsies, which put out an album in 1989. He reunited with his brothers for 2300.

The youngest Jackson appeared with her siblings onstage and on television but embarked on a solo career starting with a 1982 self-titled record. 1986’s Control proved to be her breakout album, eventually going platinum five times and spawning hit singles like “When I Think of You.” Her next two discs, 1989’s Janet Jackson’ s Rhythm Nation 1814 and 1993’s Janet, became even more successful, each going platinum six times.

Michael Joe Jackson was born in Gary, Indiana, on August 29, 1958, the fifth of Joe and Katherine Jackson’s nine children. The house was always filled with music. Jackson’s mother taught the children folk and religious songs, to which they sang along. Jackson’s father, who worked at a steel plant, had always dreamed of becoming a successful musician. 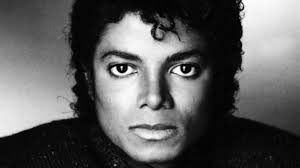 When this failed to happen, he decided to do whatever it took to make successes of his children. He tried to control his children’s careers even after they were adults. The struggle for the control of the musical fortunes of the Jackson family was a constant source of conflict.

The Jackson boys soon formed a family band that became a success at amateur shows and talent contests throughout the Midwest. From the age of five, Michael’s amazing talent showed itself. His dancing and stage presence caused him to become the focus of the group.

His older brother, Jackie, told Gerri Hershey in Rolling Stone, “It was sort of frightening. He was so young. I don’t know where he got it. He just knew. ” 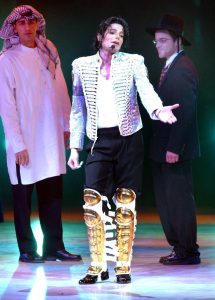 A performer since the age of five, Michael Jackson is one of the most popular singers in history. His 1983 album, Thriller, sold forty million copies, making it the biggest seller of all time. Through his record albums and music videos, he created an image imitated by his millions of fans.

Later that year singer Diana Ross (1944–) became associated with the boys during a “Soul Weekend” in Gary. With Ross’s support, the Jacksons signed a contract with Motown Records. Berry Gordy (1929–), the famous head of Motown, took control of the Jacksons’ careers.

By 1970 the group, known as the Jackson Five, was topping the charts and riding a wave of popularity with such hits as “ABC,” “The Love You Save,” and “I’ll Be There,” each of which sold over one million copies. The group also appeared on several televised specials, and a Jackson Five cartoon series was created. Gordy quickly recognized Michael’s appeal and released albums featuring him alone.
These solo albums sold as well as those of the Jackson Five. The group managed to survive Michael’s voice change and a bitter break with Motown Records in 1976, but as the Jackson family, they continued to fight with each other and with their own father.

In 1978 Michael Jackson appeared in The Wiz, an African American version of The Wizard of Oz. He sang the only hit from the film’s soundtrack album (“Ease On Down the Road”) in a duet with the star, Diana Ross.

His success as the Scarecrow was a preview of what was to come in his videos, for Jackson seemed to care most about dancing. (He later dedicated his autobiography [the story of his one’s own life] to dance legend Fred Astaire [1899–1987], and the autobiography’s title, Moonwalk, refers to a dance that Jackson made popularly.)

While working on The Wiz, Jackson met producer Quincy Jones (1933–). They worked together on Jackson’s 1979 album Off the Wall, which sold ten million copies and earned critical praise.

In 1982 Jackson and Jones again joined forces on the Thriller album. Thriller fully established Jackson as a solo performer, and his hit songs from the album—”Beat It,” “Billie Jean,” and “Thriller” 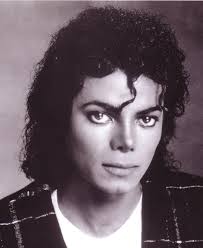 The success of Thriller (with forty million copies sold, it remains one of the best-selling albums of all time) and the videos of its songs also helped Jackson break the color barrier imposed by radio stations and the powerful music video channel MTV. By 1983 Jackson was the single most popular entertainer in America.

In 1985 Jackson reunited with Quincy Jones for the USA for Africa’s “We Are the World,” which raised funds for the poor in Africa. Jackson’s next two albums, Bad (1987) and Dangerous (1991), were not as hugely successful as Thriller, but Jackson remained in the spotlight throughout the 1980s and into the 1990s.

In 1992 he founded “Heal the World” to aid children and the environment. In 1993 he was presented with the “Living Legend Award” at the Grammy Awards ceremony and with the Humanitarian (one who promotes human welfare) of the Year trophy at the Soul Train awards.