Michael Clarke Duncan Net Worth – Michael Clarke Duncan was an African-American actor remembered for his role in ‘The Green Mile’ (1999). He is well known for his huge size and deep, resonant voice. Duncan received an Oscar nomination for his appearance in ‘The Green Mile,’ the 1999 prison film starred alongside Tom Hanks. His latest work was Redemption Road and the TV show ‘The Finder,’ as well as contributing his voice to ‘Kung Fu Panda.’ He also worked in Spider-Man (2003), and Planet of the Apes (2001). 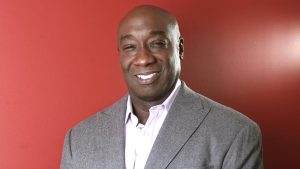 Michael Clarke Duncan came from nothing but from his youth, he was determined to make the best out of his life. He aspired to be many things including a football player, basketball player, a police officer, and an actor.

He was born on the 10th of December 1957 in Chicago, Illinois, to a single mother Jean Duncan who raised him with her meager proceeds from working as a house cleaner. Duncan grew up alongside his only sister Judy.

Following high school, he attended the Alcorn State University where he studied Communications, however, his college education was truncated by his mother’s ill health as Duncan had to drop out to get a job to support his family financially. He would later attend the two-year institution, Kankakee Community College located in northeastern Illinois

Michael Clarke Duncan’s initial job was as a digger for People’ Gas company and also as a bouncer for various Southside nightclubs. He moved on to a security role with a touring stage production company of ‘Beauty Shop, Part 2’ and as a result traveled to 56 cities. 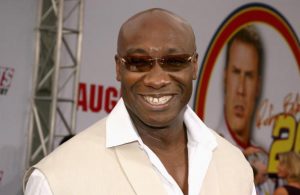 He settled in Los Angeles in 1995 where he took up work in a security firm and worked as a bodyguard for various celebrities like Jamie Foxx, Martin Lawrence, and Will Smith. He continued to pursue his acting dream and landed a few roles in commercials at the same time.
His huge frame (6ft 5 inches) and imposing built led him to getting some ‘tough guy’ roles on television series like ‘Fresh Prince of Bel-Air’, ‘The Jamie Foxx Show’ and the ‘Bold and the Beautiful’.
In the world of movies, Duncan initially started with small roles in movies like ‘Bulworth’ (1998), The ‘Players Club’ (1998), and ‘A night at Roxbury’ (1998). Later on, he received much praise and acclaim for his role as Bear in Michael Bay’ action-packed blockbuster ‘Armageddon’ (1998).
His good friend Bruce Willis suggested him for the role of John Coffey in Frank Darabont’s ‘Green Mile’ (1999). Michael’s moving performance as the gentle giant with superhuman healing powers led him to a spot in the Academy Award nominations for Best Actor in a Supporting Role and a Golden Globe nomination for Best Actor in a Supporting Role.
Michael Clarke Duncan’s other films range from different genres covering comedies to full-fledged action-packed movies like ‘The Whole Nine Yards’ (2000), ‘See Spot Run’ (2001), ‘Planet of the Apes’ (2001), ‘The Scorpion King’ (2002) , ‘Daredevil’(2003), ‘The Island’ (2005) and ‘Sin City’ (2005).
He also lent his voice to various animated movies and brought various characters alive onscreen with his deep resonating voice. He had worked as a voice actor in films like ‘Brother Bear’ (2003), ‘Brother Bear 2’ the sequel (2006), ‘Kung Fu Panda’ (2008), and ‘Green Lantern’ (2011). 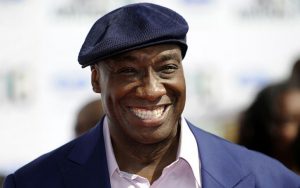 He had done voiceovers for various video games including ‘Soldier of Fortune’, ‘God of War II’, and ‘Saints Row’ as well.
He made guest appearances on popular TV Shows like ‘Chuck’ (2008), ‘Bones’ (2011) and two episodes of the popular comedy show, ‘Two and a Half Men’ (2008 and 2009 respectively). He was also one of the most frequent guests on ‘The Late Late Show with Craig Ferguson’, having appeared for 18 times. Following Duncan’s death, Ferguson paid tribute to him by playing his reruns before the start of his next season’s show.

Duncan had a net worth of around $18 million.