Messi Net Worth 2020- Lionel Messi is an Argentinian footballer widely regarded as one of the greatest players of the modern generation. He plays for FC Barcelona and the Argentina national team.

He has won the FIFA world player of the year four times (a record already).

He has often been described as Diego Maradona’s successor because of his prolific goal-scoring record and ability to dribble past opponents. 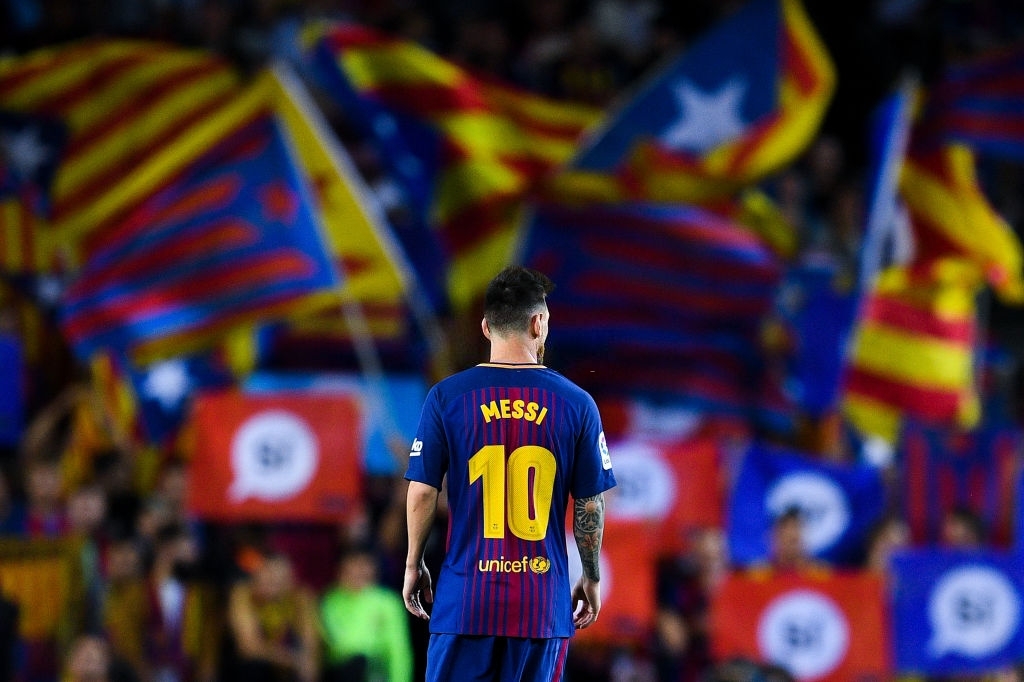 Lionel Messi was born, 24 June 1987, in Rosario, Argentina to a working-class family.

Lionel Messi was born to Jorge Messi and Celia Cuccittini in Rosario, Santa Fe Province. He has three siblings, two elder brothers Rodrigo and Matias, and a sister, Maria Sol.

His father was a factory steelworker and his mother was employed as a part-time cleaner.

At the age of five, Messi started playing for the Grandoli, a local club coached by his father. By the time he turned eight, he was playing for Newell’s Old Boys.

The group was immensely talented, which was visible from the fact that they lost just a single match in four years.

Unfortunately, Messi was diagnosed with a growth hormone deficiency when he was eleven. Despite being immensely talented, he was not offered help by the local clubs, who were not willing to pay for his treatment.

It was at this juncture that Carles Rexach, the sporting director of FC Barcelona, came to his aid.

He promised to offer help to Messi by paying for his medical bills only if the latter moved to Spain. Messi was enrolled at Barcelona’s youth academy.

Messi has had quite a couple of romantic associations before he got steady with his wife Antonella Roccuzzo.

He was first linked with Macarena Lemos, a female from his hometown Rosario, whom Messi was introduced to by the former’s father while he was recovering from his injury before the 2006 World Cup.

He is even said to have shared a love bond with the Argentine glamour model Luciana Salazar.

Messi was first seen with his wife Roccuzzo at a carnival in Sitges after the Barcelona-Espanyol derby.

A fellow native of Rosario, Roccuzzo gave birth to their first child, Thiago on November 2, 2012, and second child Mateo, on September 11, 2015.

After several years of being in a relationship with Roccuzzo, he married her on 30 June 2017. Their wedding was held at a luxury hotel named Hotel City Center in Rosario.

Messi and Roccuzzo welcomed their third child, a son Ciro Messi Roccuzz, in 2018. 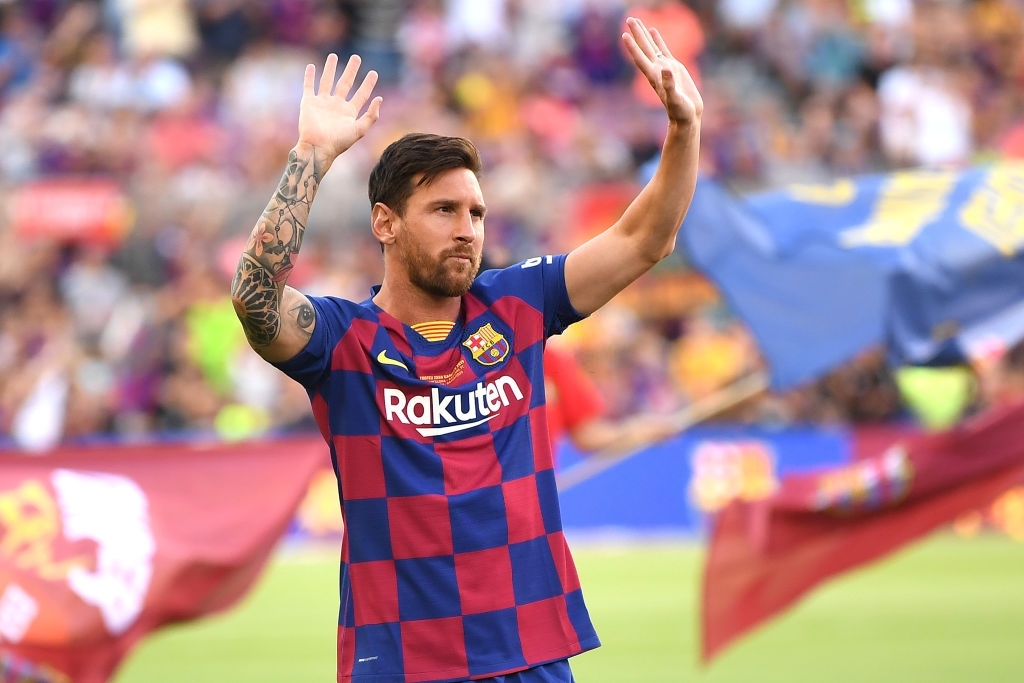 Messi’s career kickstarted in the year 2000 when he played for the junior system ranks. Within a short span, he became the only player to play for five different teams.

His excellence at the game was visible from the fact that Messi quickly moved through the junior system ranks to make a league debut on October 16, 2004, against RCD Espanyol.

His first goal came the following year on May 1, 2005, against Albacete. He created history by being the youngest to ever score in a La Liga game for Barcelona.

He received Spanish citizenship in September 2005, which finally made it possible for Messi to make a debut in the Championship League.

Messi’s first outing at the Champions League was against Italian club Udinese. Though he entered the field as a substitute, he played amazing soccer with Ronaldinho, the two sharing good chemistry over passing and receiving the ball.

Out of his 17 league appearances, Messi managed to strike six goals. However, a muscle tear in his right thigh led to his premature exit from the league, which Barcelona eventually won as champions of Spain and Europe.

In the 2006-07 season, Messi was no longer the substitute. He found himself listed in the eleven-member squad.

In the 26 outings, he successfully netted the ball fourteen times. He even scored a hat-trick in El Clasico, thus becoming the youngest player ever to have scored in this fixture.

Messi’s action for scoring the goals was way too similar to Maradona’s, which resulted in him being labeled as ‘Messidona’.

For a particular goal, he ran about the same distance, 62 meters (203 ft), beat the same number of players (six, including the goalkeeper), scored from a very similar position, and ran towards the corner flag just as Maradona did in 1986 World Cup match against England in 1986.

February 27, 2007, saw Messi play his 100th match for Barcelona against Valencia CF. in the Champions League, Messi scored 6 goals and provided 1 assist before his premature exit due to muscle tear.

It was the fourth time in three seasons that Messi suffered this type of injury.

Overall in the season, Messi had managed to score 16 goals and assisted 13 times in all competitions.

2009 was a successful year for Messi as he not only won his first Copa del Rey but helped his team win La Liga and finally the Champions League.

With three victories by their side in a single year, Barcelona became the first-ever Spanish club to win the treble.

Messi scored a hat-trick quite a couple of times. He ended the season with an overall 38 goals and 18 assists record.

Before the year-end, Barcelona had recorded another win at the 2009 Club World Cup beating Estudiantes, thus totaling their title won in the year to six.

2010 was a year of a hat-trick for Messi as he scored against CD Tenerife, Valencia CF, Real Zaragoza, thus becoming the first Barcelona player to score back-to-back hat-tricks in La Liga.

In a match against Arsenal, Messi went on to score four goals. The year ended with Messi scoring 47 goals and 11 assists in all competitions.

Though the defending champions lost their game to Real Madrid, Messi was, however, the joint top-scorer of the tournament along with Cristiano Ronaldo, with 7 goals.

As for the Champion’s League, Barcelona beat Real Madrid 2-0 in the Semifinals, with Messi scoring both the goals.

In the finals too Messi scored the winning goal to give Barcelona their third title in six years and fourth overall. Messi finished the 2010–11 season with 53 goals and 24 assists in all competitions combined.

The 2011-12 season was a mirror image of the earlier seasons for Messi as he broke records after records to emerge as the top-class player for Barcelona and the world at large.

He became the second-highest goalscorer surpassing Laszlo Kubala on 194 goals in all official competitions.

Additionally, he became second in Barcelona’s La Liga goalscorers list with 132 goals. He became the leading goalscorer for Barcelona in all official competitions, surpassing the legendary Cesar Rodriguez.

While hat-tricks and quadruples had become common for Messi, history was created when he scored five goals in a match against Bayer Leverkusen, which Barcelona won by 7-1.

With this, he became the first player to score five goals in a UEFA Champions League match.

While Barcelona successfully defended their Copa del Rey title, they were defeated by Chelsea in the semi-finals of the UEFA Champions League and were also unable to get a hold on to the La Liga title.

Messi, on the other hand, had by far the best year or season in his career till then as he became the top goalscorer in La Liga for a second time, with a Liga record of 50 goals.

He was the second-best assist provider in La Liga that season with 16 assists, after Mesut Ozil, who managed 17.

He also ended the season as the UEFA Champions’ League Top Scorer for a fourth consecutive time, with 14 goals.

He was one of the top assist providers of the tournament with 5 assists and finished the season with 73 goals and 29 assists in all club competitions, with more goals and assists than any other player in the history of the game.

In 2012, Messi’s goal count rested at 91 for the calendar year which was the highest ever, surpassing Gerd Muller’s 85 goal haul.

The supremely outstanding performance of Messi led to Barcelona renewing its contract with this ace footballer until the year 2018.

In March of 2013, Messi scored for the 19th consecutive La Liga game, thus becoming the first footballer in history to score in consecutive matches against every team in the league.

Following this, Messi appeared in a match against Paris Saint-Germain and later against Atletico Madrid.

However, he left both of them mid-way due to suffering from a hamstring problem. As a result of his injury, it is anticipated that Messi could miss all the matches for the rest of the season.

His persistent injuries posed a threat to his career but he bounced back in 2014 and had a good start to the 2014–15 season.

By the end of the year, he had successfully broken three longstanding records. He scored a hat-trick against Sevilla in November which made him the all-time top scorer in La Liga.

He gave a scintillating performance along with teammates Luis Suárez, and Neymar to score a total of 122 goals in all competitions that season, a record in Spanish football. Messi himself scored 58 of the 122 goals.

Continuing his streak of success in 2016, Messi scored two goals and assisted the other two in a 4–1 derby win over Espanyol at the Camp Nou in the first leg of the Round of 16 of the 2015–16 Copa del Rey in January 2016.

In February the same year, he reached his 300th league goal in a 1–3 away win against Sporting Gijon.

He announced his retirement from international football following Argentina’s loss to Chile in the final of Copa América Centenario on 26 June 2016.

Following his retirement, a campaign began to urge Messi to change his decision. On 12 August 2016, it was announced that Messi has reversed his decision to retire and will be part of Argentina’s 2018 World Cup campaign.

In the 2018 Football World Cup Messi scored a goal in Argentina’s final group match against Nigeria and helped his team to a 2-1 victory.

In the process, he became the first player to score in the World Cup in his teens, twenties, and his thirties and also became the third Argentine after Diego Maradona and Gabriel Batistuta to score in three different World Cups.

Argentina’s performance in the 2018 World Cup was lackluster and they were eliminated when they lost to France in the round of 16 matches.

Following the World Cup defeat, it was speculated that Messi may retire from international football once again.

However, In March 2019, he was part of the Argentinian team for the friendlies against Venezuela and Morocco.

Messi made his international return on March 22, 2019, in a friendly match against Venezuela in Madrid. Argentina lost the match 3–1. 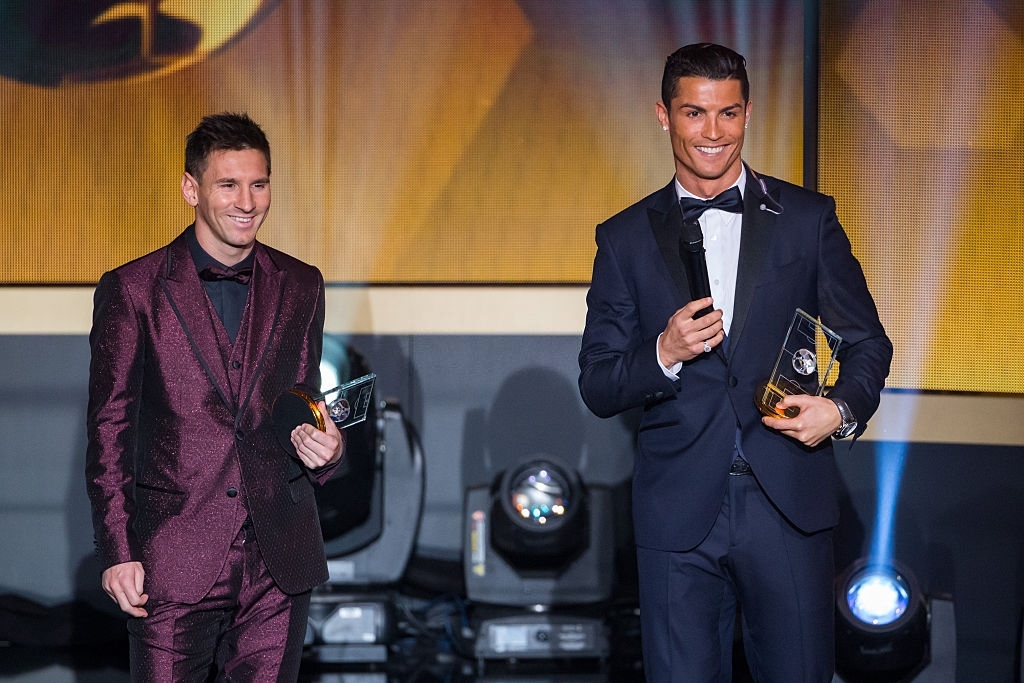 He was part of the Argentine football national team that won the gold medal in the 2008 Summer Olympics.

Messi’s excellence at the field has been lauded by the world over through the numerous awards, honors, and achievements that he has been bestowed with. 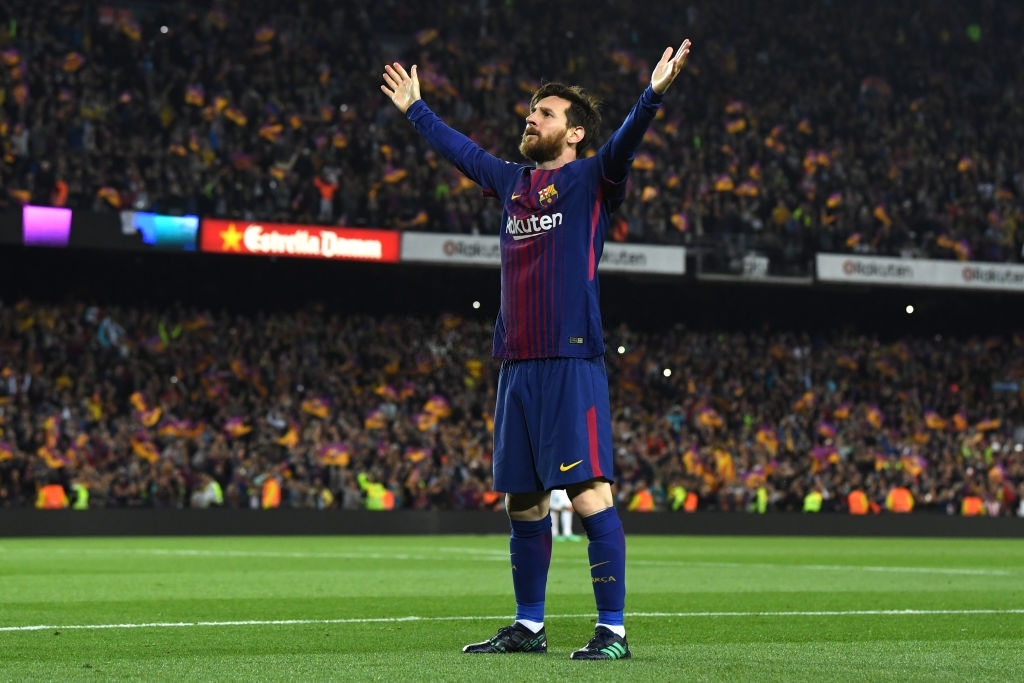 Lionel Messi is an Argentinian-born professional footballer who has a net worth of $400 million.