Mel Gibson Net Worth – Mel Colmcille Gerard Gibson is an American actor and filmmaker from Peekskill.

Gibson is best known for his action hero roles as Max Rockatansky in the ‘Mad Max’ action series, and as Martin Riggs in the ‘Lethal Weapon’ buddy cop film series.

As of 2019, Mel Gibson’s net worth is estimated to be roughly $425 million dollars, making him one of the wealthiest actors of all time. 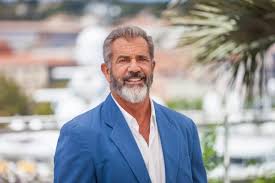 Mel Colmcille Gerard Gibson was born in Peekskill, New York on the 3rd of January, 1956.

One of Gibson’s younger brothers, Donal, is also an actor. His first name is derived from Saint Mel, a fifth-century Irish saint, and founder of Gibson’s mother’s native diocese, Ardagh.

Gibson is also an Australian permanent resident. He was educated by members of the Congregation of Christian Brothers at St Leo’s Catholic College in New South Wales during his years in school. 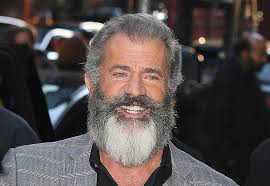 Gibson started his film career in 1977 when he starred in his first movie ‘I Never Promised You A Rose Garden’. He did another low-budget film named ‘Summer City’ and a television show called ‘The Sullivans’. All these movies were released in 1977.

His breakthrough to the film world opened in 1979 after his portrayal of Max Rockatansky in the film ‘Mad Max’.

In 1981, Gibson returned with ‘Mad Max 2: The Road Warrior’, which made him an international star. After that, he starred in movies such as ‘The Year of Living Dangerously’, ‘The River’ and ‘The Bounty’.

In 1985, Gibson received his first million dollar salary with the ‘Mad Max’ third sequel. He also became a famous movie icon when he starred in ‘Lethal Weapon’ which became a huge hit. A few years later he changed genres, with films such as ‘Hamlet’, Bird on a Wire’ and ‘Air America’.

At the beginning of the 90s, Gibson made his directorial debut in the movie ‘The Man Without a Face’. He surpassed everybody’s expectations and the movie went on to win two Oscars.

The year 2000 was financially good for him. Three of his films ‘The Patriot’, ‘Chicken Run’ and ‘What Women Want’ grossed over $100 million dollars.

Since then, his movies have sold millions worldwide and he has starred in movies such as ‘Edge of Darkness’, ‘Machete Kills’ and ‘The Expendables 3’.