Meghan Trainor brother – Since her arrival in the music industry, Meghan Elizabeth Trainor has been a breath of fresh air from the statuesque American princesses and cosmetically enhanced stars.

She has provided an alternative role model for teens, encouraging them through her lyrics and lifestyle to love their bodies even with its natural curves and whether they are plus sized or not. 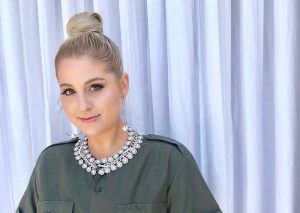 Ryan is the older brother of the Dear Future Husband singer and both siblings share a close-knit bond. He gave his sister the nickname MTrain which her fans chant while she’s on stage performing. He has also been the most supportive big brother ever as he moved from his home in Massachusetts to Los Angeles to help support his sister. 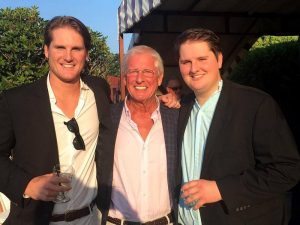 Justin Trainor is the youngest kid in Kelli and Gary Trainor family. He spent his early years and teens in Nantucket, Massachusetts, but nowadays he lives in Los Angeles. He studied music production at a college. At the present moment, he works as a music producer and helps Meghan Trainor with some of her songs.

Meghan is obviously proud of her father and has cordial relationships with him, because she appears at numerous red-carpet events, holding her dad by his hand. They were photographed together at Grammy Awards in 2016.

Gary Trainor used to run a jewelry family store. Actually, he opened the store together with his wife of many years Kelli Trainor. They sold handmade jewelry in a stylish boutique, named “Jewel of the Isle”. In 2016 Meghan Trainor parents decided to retire. 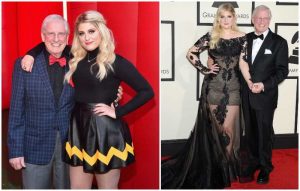 Nowadays Gary lives in Los Angeles. His wife and their three children also reside there. He supports his daughter Meghan and helps her to make the career of a pop singer. Actually, our heroine inherited her love and talent to music from Papa Trainor.  He plays the piano skillfully, and assisted her while she was recording the songs to her debut album “Only 17”. By the way, his favorite song of Meghan Trainor is “Cupid”.

Meghan fans know, that the singer is in great terms with Kelli because she devoted her a great song “Mom”, where she opened up, that Kelli is the best of all, and nobody has a mother, like hers. By the way, Mrs. Trainor featured in the song too – her voice can be heard in the record.

Kelli, whose birth name is Kelly Anne Jekanowski, is retired as for now. She co-owned a jewelry store with her husband and helped her two sons and a daughter to develop their skills.

Since she was 18, Meghan says she had not been in any relationship. She explained severally how she was down for love but just hasn’t met the right guy. She explained that when she finds the right chemistry with eligible bachelors outside the showbiz, the guys can’t cope with negative vibes from her huge fan base.

The favorite Spy Kids alum began a relationship with Trainor in 2016 and proposed to her in 2017 on her 24th birthday. The superstar singer is clearly in love with Sabara and she has no problem gushing about him online. She even stated just recently how romantic comedies do not do justice to the kind of love they share. 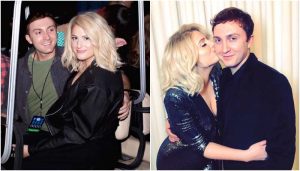 Both lovers are still unsure about when their wedding would take place, they have agreed that they have lots of friends and it would be quite challenging to fit them all in a room together but they are definitely coming up with a plan. They have revealed that they both love children and would want kids of their own in the nearest future but first, he is helping her maintain a healthy diet style and body.

Meghan and Daryl got married on Meghan’s 25th birthday (December 22, 2018). The wedding was held in Los Angeles, only 100 guests were invited.

Her family had musical roots (her dad was a church organist and her uncle, Burton Toney, was a bona fide recording artist), and Trainor took an early interest as well. She tinkered with making music as young as age 7 while she learned the piano. It would only be a few years down the road that she wrote her first song at age 11. The following years would find her penning songs and branching out into playing the guitar, ukulele and percussion instruments. 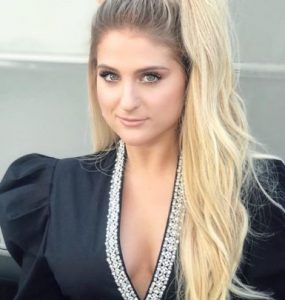 As she got more serious, her parents bought the software that allowed her to record her own songs, and she continued on the musical path right through her time at Nauset High School on Cape Cod. Those four years were spent singing, playing trumpet in the jazz band and honing her guitar skills, while also singing with local band Island Fusion.

She was a two-time enrollee (2009 and 2010) in the Berklee College of Music’s five-week Performance Program, and she made the finals of the program’s songwriting competition. Also during this period, Trainor was named Best Female Artist at the 2009 International Acoustic Music Awards and won the grand prize at the 2010 New Orleans Songwriters Festival.

Ever ambitious, by the time Trainor was 18 she had recorded three albums of her own material. Her parents were huge supporters, and they would take her to regional songwriting conventions through her teen years. The conventions were a chance for songwriters to get their material heard, and one such session led to the first big step in Trainor’s career.