Mark Fischbach Net Worth – The use of the internet can never be underestimated. The social media has been a tool which has brought fame and wealth to many people such as Mark Fischbach; a talented and well recognized YouTube celebrity.

He is said to be one of the YouTube made millionaires and is someone who is loved by his fans and followers because of his personality. Many are interested in finding out more information about him, so here it is. Read on to find out what you need to know about him. 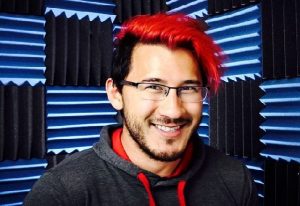 Mark Edward Fischbach was born on June 28, 1989, in Los Angeles, California and is known online as “Markiplier.” He is an American Youtube star who is known popularly for his YouTube channel.

He originally comes from Honolulu in Hawaii and has an older brother called Thomas (Tom) Jason Fischbach, who is an artist and author of the webcomic titled Two Kinds.

Fischbach was born at the Tripler Army Medical Centre in Honolulu, Hawaii. His father served in the military and that was where his father met his mother who was of a Korean descent. He is dating Amy Nebon and they have been together since 2015. 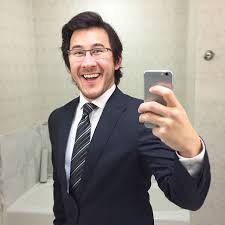 Fischbach had always wanted to become a biochemical engineer and went ahead to study the course at the University of Cincinnati but dropped out of college to pursue his YouTube career which at that time had just been burgeoning.

Mark Fischbach began his career in Cincinnati Ohio. He first joined YouTube on May 26, 2012, and created a channel under the name “Markiplier”. He specializes in Let’s Play gameplay commentary videos and games commonly of survival horror and action video games.

His first series was a playthrough of the video game Amnesia: The Dark Descent which was uploaded on April 4, 2012. His Adsense account was blocked by YouTube after he played the game series Penumbra and Dead Space.

He created a new channel called MarkiplierGAME. His channel has over 9 billion total views and 20 million subscribers and is currently the 32nd most subscribed to channel on YouTube.

Markiplier is known for his sensational video game commentary which involves yelling, screaming, cursing and even crying. In 2014, his YouTube channel, MarkiplierGAME was ranked #61 on New Media Rockstar Top 100 channels.

He has appeared in series like the TomSka’s asdfmovie series and has also played many games on his channel including the Five Nights at Freddy’s Series, Garry’s Mod, Happy Wheels and others.

In 2014, Fischbach joined the Red Giant Entertainment board and was featured in YouTube Rewind in 2015; he also co-hosted the South by Southwest (SXSW) gaming awards with Janet Varney who was the Legend of Korra voice actor.

Mark Fischbach’s main focus is on indie games of varying genres for the purpose of giving them more attention. He has also played games outside of horror such as Minecraft (in his popular and long-running series Drunk Minecraft).
In 2014, Fischbach announced his plan to move to Los Angeles, California and reside there in other for him to be able to be close to other resources which will help his channel such as the YouTube space and other content creators.
In 2015, he was rated sixth on the list of the twenty most influential celebrities among teenagers in the United States of America.

How Much is He Worth? – Charities

Mark Fischbach is one of the wealthiest YouTube made millionaires alive in the world today. His net worth is estimated to be $10 million which is a very huge sum in his profession.

He is often referred to as one of the kindest, most generous, and down to earth famous YouTuber and this is due to the fact that he loves doing charities. He has also done many charity live streams and fundraisers with other YouTuber friends.

He has also donated to charities such as Doctors without Borders and to the Cincinnati Children’s Hospital Medical Centre which is located in his hometown. He even dyed his hair pink for a charity event alongside Jacksepticeye in September 2015.

Fischbach takes delight in keeping a close relationship with his viewers by often interacting with them on social media. On March 23, 2015, he had an emergency surgery for an intestinal blockage and posted a video from his hospital bed which received over 5 million views.

The surgery was a success and his fans were happy to see him return to Vlogging.