Marie Osmond Net Worth – Marie Osmond (Olive Marie Osmond ) is an American country musician, doll designer and actress born on 13th October 1959 in Ogden, Utah, United States. She is a member of the show business family The Osmonds.

She is popularly known for hosting ‘The Osmonds’ alongside her brother Donny. They also host known as ‘Donny and Marie’ show in Las Vegas, Nevada. 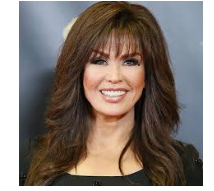 She is the eighth of nine children. Her brothers are Virl, Tom, Alan, Wayne, Merrill, Jay, Donny and Jimmy Osmond. Her brothers are in the show business, singing and performing on national television as The Osmond Brothers.

Marie has been married thrice and engaged once. In 1979 she got engaged to Jeff Clayton but she called off the engagement in July the same year.

At the moment she said that she did not want to fool around with marriage. She reasoned that it was difficult to make a commitment and that marriage is a serious involvement.

Marie married Brian Blosil on 28th October 1986 at the Jordan River Temple in Utah. On 30th March 2007 Osmond and Bosil announced that they were divorcing with both parties releasing a joint statement stating that neither one assigned fault for the divorce.

On 4th May 2011 Marie remarried her first husband Stephen Craig in a small ceremony in the Las Vegas Nevada Temple wearing her dress from the 1982 wedding.

Marie Osmond told Closer Weekly that she is happy with Steve Craig who she married for the second time in 2011.
They were first wed from 1982 to 1985. The couple tied the knot again in Las Vegas at a Mormom temple then had the reception at their Nevada home.

Marie has eight children; 3 biological children and 5 adopted. She has a son Stephen James Craig born on 20th April 1983 from her first marriage to Stephen Lyle Craig.

She has two children Rachael Lauren (born on 19th August 1989) and Matthew Richard (born on 6th July 1998) from her second marriage to Blosil.

On 26th February 2010 Marie’s son Michael committed suicide by jumping from the eighth floor of his apartment building in Los Angeles. He reportedly battled. When an autopsy was done on him no drugs were found in his system.

In 2007 Michael spent time in rehab for substance abuse. At that time Osmond’s brother Donny told PEOPLE that his sister had been dealing with Michael’s issues “for a very long time.”

Marie’s daughter Jessica is bisexual, on 29th April 2009 Marie announced that Jessica was bisexual and at that time she was living with her partner Los Angeles. She expressed support towards her daughter and for same sex marriage rights.

Marie began her career in music along her brothers. In 1970 she gained success as a solo artist on the popular music charts and became a teen idol.

She signed with MGM/Kolob Records . In 1973 she released her first single as a solo artist ‘Paper Roses’ which was a cover song and became a No. 1 country hit, reached the Top 5 on the Billboard magazine pop chart.

In 1974 she released another single, “In My Little Corner of the World” (another Anita Bryant cover), and an album with the same title both entering the Billboard country Top 40.

She released her fourth studio album ‘This Is The Way That I Feel’ in 1977. Her latest work was ‘Music Is Medicine’ which was announced through a social media campaign in late 2015. The album was released on 15th April 2016 both in CD and digital format.

Marie has an estimated net worth of $17 million.